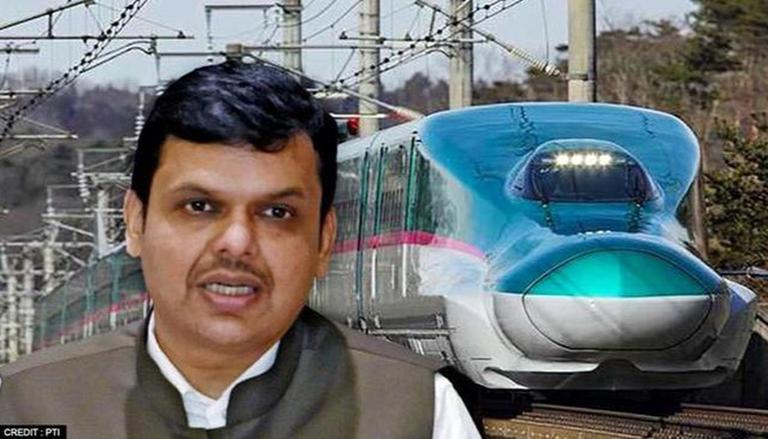 After the decision to move the car shed for the Metro 3 project to Aarey, Deputy Chief Minister of Maharashtra Devendra Fadnavis said that works on the Mumbai-Ahmedabad high-speed rail corridor will start soon. On Friday, Fadnavis addressed the second “Sankalp Se Siddhi” conference – a New India, New Resolve conference in Mumbai, in which he said the Mumbai-Ahmedabad high-speed train was a dream project of Prime Minister Narendra Modi.

He further added that while Gujarat was working fast on the high speed rail project, Maharashtra was lagging behind for some reason. “I have spoken to Chief Minister Eknath Shinde and work on the project will accelerate in our regime. It is not just a high-speed train, but the start of a new phase of transportation.”

Fadnavis further noted that the MVA government has stopped the land acquisition process for the high-speed train project and has also blocked the construction of the Bandra Kurla complex terminal.

As Maharashtra got a new government, Union Railways Minister Ashwini Vaishnaw on Tuesday hoped that under a new government faster land acquisition will take place in the state which will boost works on the Mumbai-Ahmedabad High Speed ​​Rail Corridor section.

It is pertinent to note that Indian Railways terminated the services of the Managing Director of National High-Speed ​​Rail Corporation Limited (NHSRCL), Satish Agnihotri, who was in charge of the government’s high-speed rail project. for corruption charges.

The high-speed train is expected to cover the 508 km journey from Ahmedabad to Mumbai in 2 hours and 58 minutes, compared to the current journey time of over six hours. Out of 1,396 hectares of land required for the project, 1,260.76 hectares, or 90.31 percent, had been acquired as of June 5, said the National High-Speed ​​Rail Corporation Limited (NHSRCL), the special purpose entity incorporated to implement the project.

According to details shared by NHSRCL in a statement, 98.79% of the land needed for the project in Gujarat has been acquired, while in neighboring Maharashtra the figure stands at 71.49%. In addition, all necessary land for the stretch covering Dadra and Nagar Haveli has been acquired, he added.

At 954.28 hectares, Gujarat accounts for the majority of the land required for the project, covering eight districts of Valsad, Navsari, Surat, Bharuch, Vadodara, Anand, Kheda and Ahmedabad. Of this total, 942.72 hectares have been acquired, NHSRCL said. In Maharashtra, the project covers Mumbai, Thane and Palghar, requiring 433.82 hectares of land, of which 310.14 hectares have been acquired so far.

For the section of the project covering Dadra and Nagar Haveli, all land of 7.90 hectares has been acquired, the agency said. According to the NHSRCL, construction works are at various stages at all eight stations of the Gujarat High Speed ​​Rail project, and 100% of the contracts have been awarded for the construction of the 352 km road in the state and Dadra and Nagar Haveli.

There will be 12 stations along the high-speed rail route, including eight in Gujarat and four in Maharashtra. Its operational control center will be located at Sabarmati in Ahmedabad. There will be three depots, – at Surat and Sabarmati in Gujarat and Thane in Maharashtra. The foundation stone for the project, which received a subsidized loan of Rs 88,000 crore from a Japanese agency, was laid on September 14, 2017 by Prime Minister Narendra Modi and his then Japanese counterpart, the late Shinzo Abe.