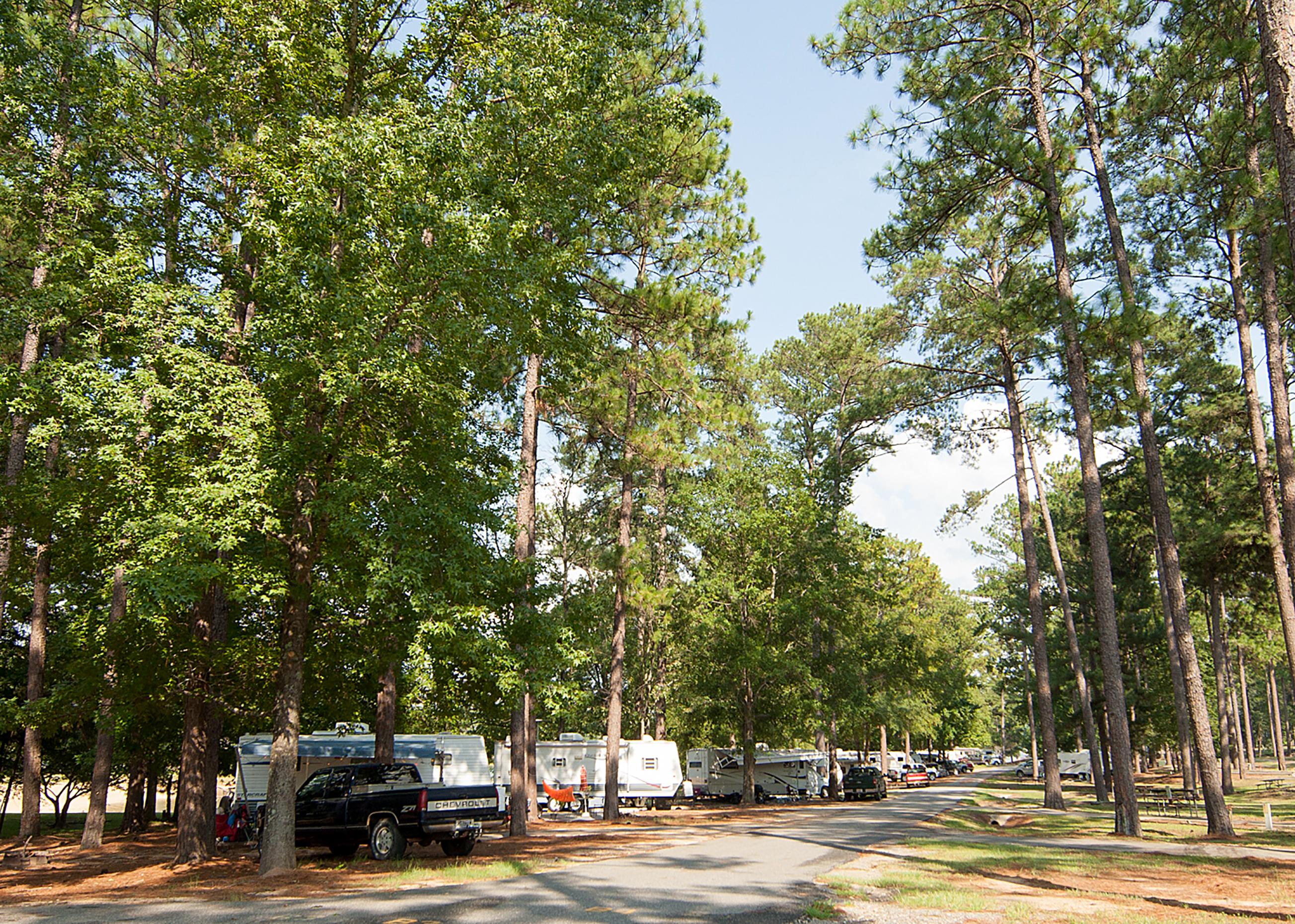 By DAVID RAINER, Alabama Department of Conservation and Natural Resources

By a wide margin, Alabama voters approved the amendment in Tuesday’s ballot to provide up to $80 million in funding for upgrades and upgrades to Alabama’s 21 state parks.

“I want to thank Alabama voters for their overwhelming support for our beautiful state parks,” said Chris Blankenship, commissioner of the Alabama Department of Conservation and Natural Resources (DCNR). “This will give us the funds to make much-needed improvements to campgrounds across the state, bringing them into the 21st century. Many of our campgrounds were built when camping consisted of a pop-up camper and tent. We are well past that now with the larger RVs with three air conditioners that require 50 amp service. We want to make sure that we cater to citizens and our guests in the future. Our day use areas need new washroom facilities in an attempt to increase day use in our parks. We want to build accessible playgrounds so that our citizens of all skill levels have the opportunity to play in our playgrounds and enjoy our parks.

“We have parks that don’t have cabins. If people don’t have RVs or RVs, they can’t enjoy our parks as much as we would like. Our State Parks have enjoyed great success over the past few years under the leadership of (Manager) Greg Lein and our new Assistant Manager Matthew Capps. Every penny we earn in the parks, we reinvest to do good work.

At last weekend’s Alabama Conservation Advisory Board (CAB) meeting at Lakepoint State Park in Eufaula, Commissioner Blankenship hosted Governor Kay Ivey, who won Tuesday’s Republican nomination without a runoff, at the Council meeting and highlighted his achievements in outdoor recreation.

“Since Governor Ivey took office, we (DCNR) have acquired 63,000 acres of property which have become public property for the conservation and enjoyment of our citizens forever,” said Commissioner Blankenship. “Thank you, Governor, for your leadership in enabling the ADCNR to do good work for the people and natural resources of Alabama. In my 28 years at Conservation, I cannot recall a governor us has joined one of our CAB meetings.

Governor Ivey highlighted the impact of outdoor recreation on Alabama’s economy and reiterated her support for state parks.

“Hunting, fishing, hiking and outdoor recreation, as administered by the Department of Conservation and Natural Resources, is a $14 billion economic driver, with a B, economic driver for our state” , Governor Ivey said. “This is particularly important for rural areas. I thank the men and women of the DCNR for their hard work and the passion they deploy on a daily basis to ensure that future generations have fish, wildlife and access to public lands and waters, today and tomorrow. Conservation also manages our beautiful Alabama State Parks, several of which I have had the pleasure of visiting. With this bond money, we can make necessary improvements and upgrades to our state parks.

“One thing is certain. In a state like Alabama, people are passionate about hunting, fishing and wildlife, and they have a lot of opinions about how they should be managed. Commissioner Blankenship and his team do a great job of balancing long seasons with appropriate bag limits to ensure we don’t overuse the bounty God has blessed us with. Alabama truly is a great place to hunt, fish, camp, hike, hiking and spending time outdoors. So keep up the good work to keep us Alabama beautiful. Thank you for having me today, and God bless each of you and the great state of Alabama.

State Parks recently held ribbon cuttings at several parks, including Cathedral Caverns, where a new campground opened. State Parks worked with the Alabama Department of Environmental Management (ADEM) to use rubberized asphalt to pave roads and parking lots in Guntersville State Park. The Joe Wheeler State Park campgrounds that were destroyed by a tornado in 2019 have reopened, and a project in DeSoto Falls included dredging an area of ​​the river and a new beach for the day-use area. Rubberized asphalt will be used to pave the day use area roads and parking lots. In addition, all 1,300 overnight units in state parks received new mattresses.

“We also recently celebrated the addition of 1,650 acres (Belcher Tract) to Oak Mountain State Park, the largest park in our system, right there in rapidly growing Shelby County,” said the Commissioner Blankenship. “It was monumental. This was purchased by the Forever Wild Land Trust, which is managed by State Lands and director Patti McCurdy. You don’t get those opportunities very often, and I’m grateful to the Forever Wild board for moving forward on that.

Commissioner Blankenship also provided an update on efforts to rebuild the portion of the Gulf State Park Pier that was demolished by Hurricane Sally in 2020. Bids to do the work far exceeded engineers’ expectations.

“We thought the offers would be between $4 and $6 million; that was the range estimated by the engineering firm,” he said. “The lowest bid ended up being $12.5 million, so that was more than double what we thought was the highest bid. We are working with FEMA to get approval for the new amount. We are not going to close the pier this summer to do the construction that we had planned. We will have to bid again in late summer or early fall once we get FEMA approvals. »