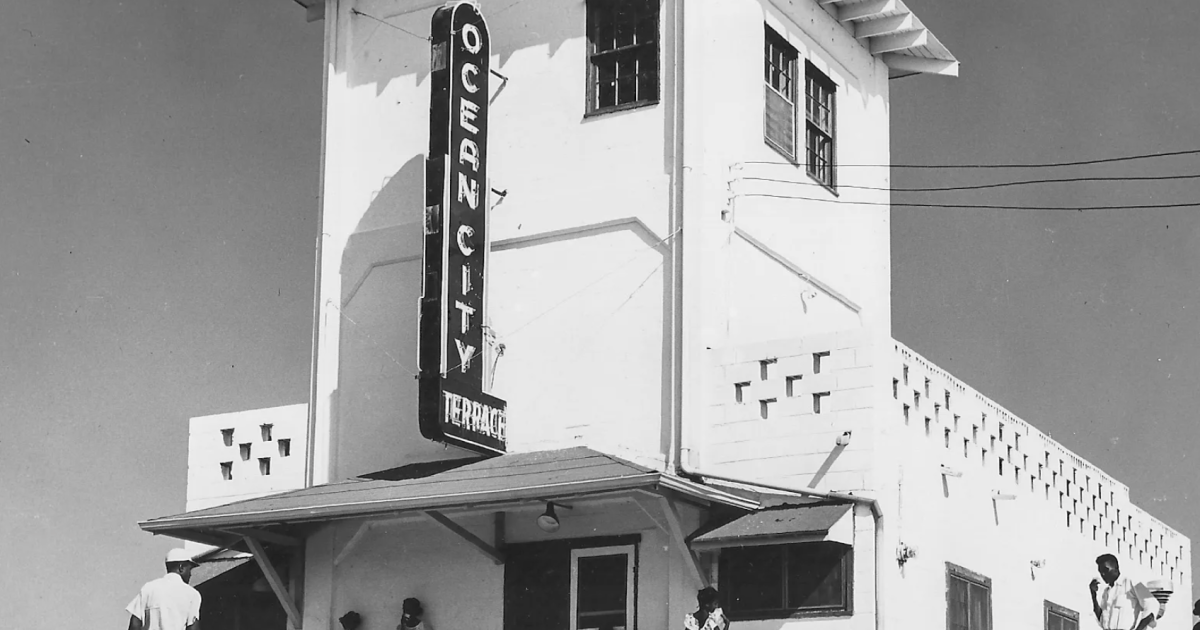 In the 1950s, Carla Torrey spent her childhood summers watching her father build homes on Topsail Island and other structures like the Wade Chestnut Memorial Chapel, which still stands today.

Memories also include watching the waves hit the shore, while looking right and left, and seeing large crowds of white people during the days of segregation.

“There was seriously an invisible line that separated us,” Torrey said.

At that time, the stretch of the island was known as OceanCity, a place where black people could enjoy the beach without harassment. It was established as a vacation haven in the late 1940s for black people and the only place they could buy beachfront property.

Today, Torrey works with other community members to preserve the historic legacy as president of the Ocean City Beach Citizens Council.

“They didn’t make it a place where black people could just go and dance and have fun,” Torrey said. “They made it a community.”

In July, Ocean City will be honored with a historical marker from the North Carolina Department of Natural and Cultural Resources and the North Carolina African American Heritage Commission. The sign will be part of the state civil rights trail. Torrey submitted the request for recognition of the marker. They were aided by the City of North Topsail Beach, the Topsail Island Historical Society and others.

His parents, Wade H Chestnut and Caronell Chestnut, were the first owners. The family home was built in 1949 and was rebuilt in 1955 after being destroyed by Hurricane Hazel. Chestnut’s father, Wade Chestnut, managed the fishing pier and led the development of Ocean City.

“I have fond memories of being at the beach in the summer and fall on weekends,” Chestnut said of Wilmington getaways. “Part of that was playing in the water and sand and having fun with my friends and fishing.”

He also worked at the pier, doing chores and selling snow cones. Chestnut said he always felt safe in the beach community where families shared seafood dishes. To prepare meals, women went crabbing and their sons helped carry the baskets.

“Everyone enjoyed each other’s company, and it was always a safe, family-oriented community,” he said.

Like Torrey, Chestnut remembers those times when the beach was divided into parts based on skin color.

“It was the way of the world,” he said. “I grew up in the Jim Crow South, and especially here in Wilmington.”
Although there were racial tensions, Chestnut said there were some positive things he saw in his youth. One was that everyone fished together at the pier when the fish were biting. The pier was a commercial enterprise run by blacks, but whites participated as shareholders.

“They had a common interest that brought them together, regardless of race at the time,” he said. “Granted Ocean City was in the middle of white communities on either side, but we enjoyed the beach and enjoyed the families.”

Torrey now lives in Durham, but she still visits her family’s beach house when she wants to get away from the big city.

She hopes the marker is an encouragement for future generations.

“I want future generations to understand the resilience of the African American community and how they were able to do something that was not acceptable in many places,” she said. “In fact most of the beaches weren’t allowed to us or were sunset towns so we couldn’t be in the area after dark. It was quite an achievement.

She also highlighted the historic significance of the founding of Ocean City in 1949, 51 years after the Wilmington massacre of 1898, where many black people were killed and fled the city in a coup. led by a white supremacist mob, which overthrew a biracial government.

The idea for a black-owned beach community came from Edgar L Yow, a white attorney from Wilmington. He owned land on Topsail Island and shared his thoughts with Dr. Samuel Gray, a black doctor. Topsail Island was previously used as a shooting range during World War II for soldiers from Camp Davis. It then reopened for development. Gray contacted his friends, the Chestnut family, who purchased tracts of land on the island. Chestnut’s father was one of Gray’s buddies.

After the first homes were built on a one-mile stretch for Ocean City, other homes and businesses followed. A motel and restaurant were built in 1953, in addition to other facilities, such as summer camp dormitories connected to the church, a dining hall, and the Ocean City fishing pier.

There are small logos on the street signs letting visitors know they are in the historic district, but community members would love to see more.

“As for having a sign that says you’re entering Ocean City, it’s not there,” Chestnut said. “It’s one of the projects we’re working on.”

But in the meantime, the community eagerly awaits the unveiling of the historic marker at the 2022 Ocean City Jazz Festival. Each year the festival is held in North Topsail Beach to promote and celebrate the history of the community while raising funds for future projects.

In addition to the festival, community members are working to establish a land trust and fundraising campaign to raise money for needs such as lawyers and other legal matters.

“I call it bold for people like me to build community at the beach, and after Hurricane Hazel in the 1950s, they could have stopped and said ‘OK, we tried.’ But they had the tenacity to rebuild.”

After Hurricane Fran in 1996 much of the community was lost along with the pier, motel and many homes after the lots became unbuildable. There are nearly 60 homes in the community that are still black-owned. Before Fran, there were over 100.

Chestnut is happy that the people of Ocean City’s landowner generation were able to pass on their property to continue their legacy.

But it’s always a challenge.

“But because of integration or people having choices, the next generation is living in other places, so they may not think Ocean City’s legacy and legacy is that important,” a- he declared. “Very often the property can be sold to a builder or developer who can lease or lease it.”

Another threat is the loss of a quiet, low-density family community he knew years ago as development continues on Topsail Island due to the real estate market, unconnected to the community. Mother Nature, hurricane intensity, sea level rise and erosion are also issues of concern.

These are issues the community is keeping tabs on. But a third essential mission is to publicize Ocean City through events like the jazz festival.

“I call it daring for people like me to build a community at the beach, and after Hurricane Hazel in the 1950s, they could have stopped and said ‘OK, we tried,'” said Chestnut said of the destructive storm. “But they had the tenacity to rebuild. So, I see people like me (and others) as stewards of what our families have committed to do for us. We are the stewards of what they passed on to us. So we want to make sure we’re the best stewards we can be.

Former Burlington site at Enfield To Be Storage Facility