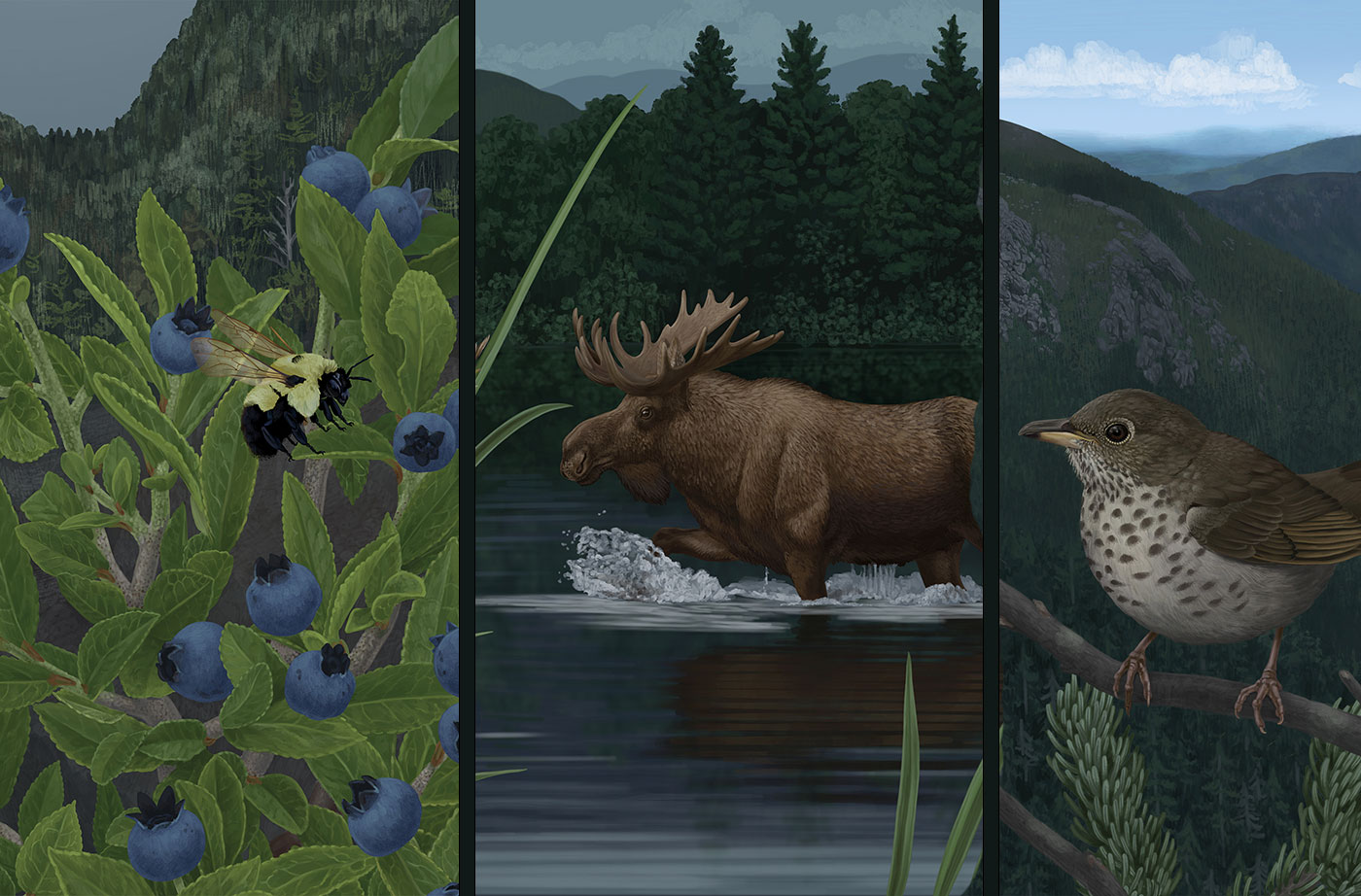 The role of Maine’s ecological reserves more critical than ever

Did you know that the Mahoosuc Ecological Reserve is one of the few places in Maine where Cutler’s Goldenrod is found? This delicate yellow flower is endemic to a naturally rare habitat type. It is also one of many powerful messengers demonstrating why Maine’s ecological reserve system is so important and should be expanded.

Maine’s Ecological Reserve System was created by law in 2000 to conserve the state’s rich array of plants and animals and to protect good quality examples of all habitat types found in Maine. Today, the role of ecological reserves in supporting long-term scientific research and education, preserving biodiversity and contributing to climate change mitigation is more critical than ever.

Some say ecological reserves are Maine’s closest to wilderness, and we should do what we can to keep them in place and designate more of these public lands. The Maine Bureau of Parks and Lands manages 19 ecological reserves which encompass 97,000 acres including Nahmakanta, Crocker Mountain and Duck Lake. However, arbitrary limits in the law prevent the conservation of additional habitat, particularly in southern Maine, which currently lacks protection. We have a chance to change that in the Maine Legislative Assembly this year by urging lawmakers to pass LD 736.

A new series of illustrations by Zoe Keller, commissioned by the Natural Resources Council of Maine (NRCM), focuses an artist’s light on why this legislation is so important. Their beautiful work shines a light on seven of Maine’s ecological reserves. They offer a vivid and colorful overview of the species and landscapes that are protected and explain why public lands are so precious. 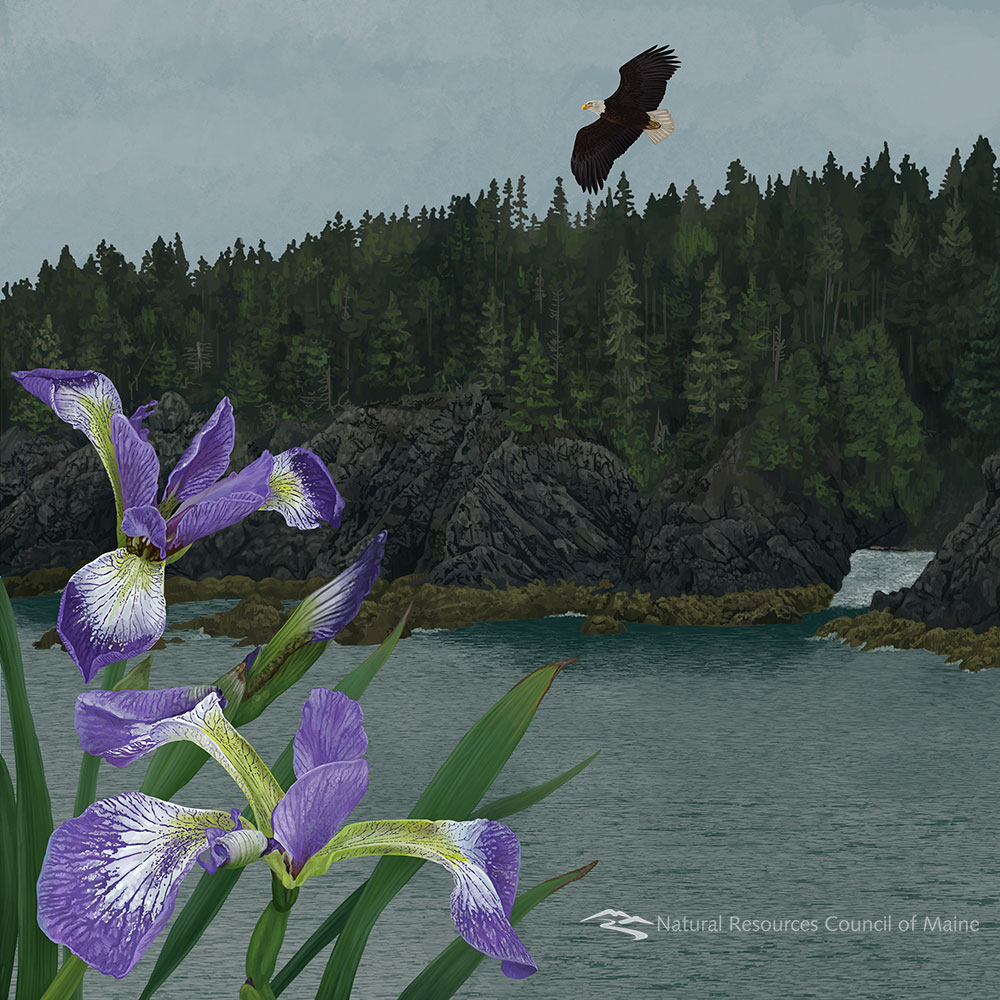 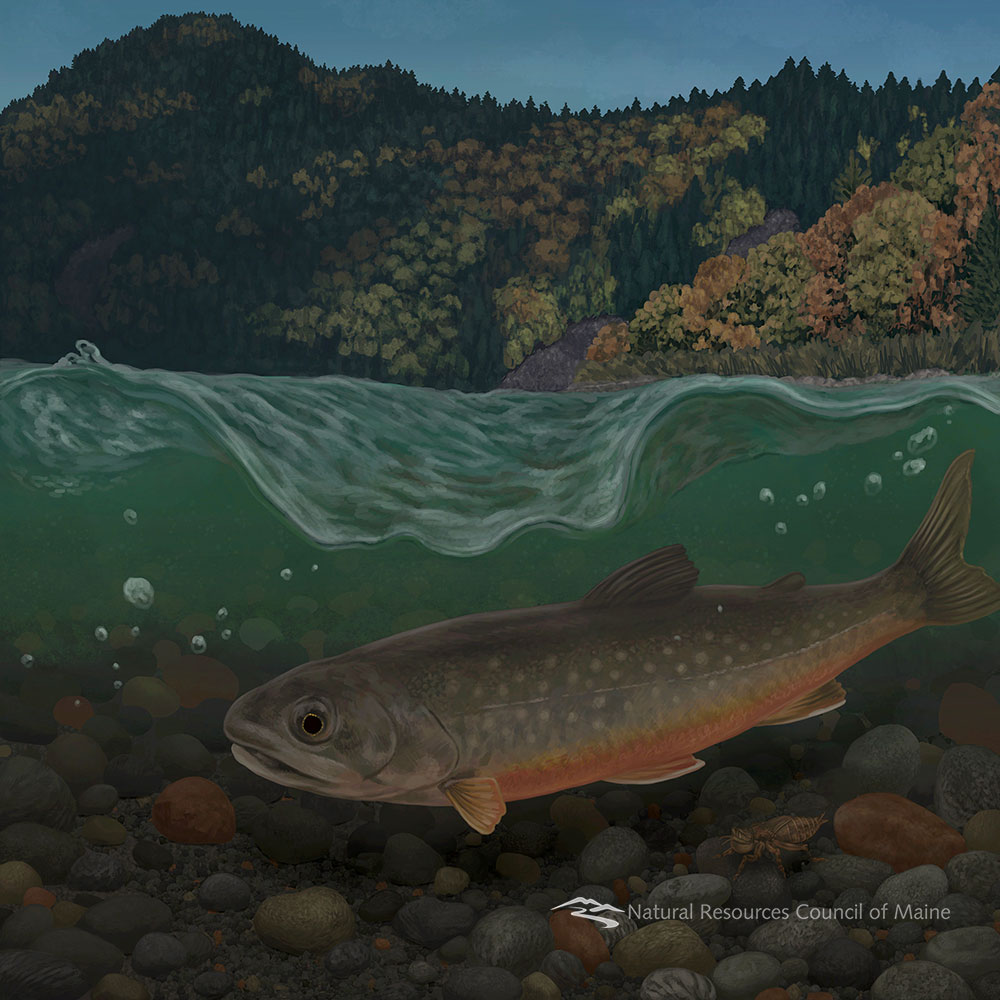 Déboullie: The only intact native populations of landlocked Arctic char (Salvelinus alpinus) in the continental United States are found in Maine, including here in Deboullie in Aroostook County. Several threatened or special concern plant species can also be found on this unit, including arctic sandwort, northern woodsia and sparsely flowered spike-rush. 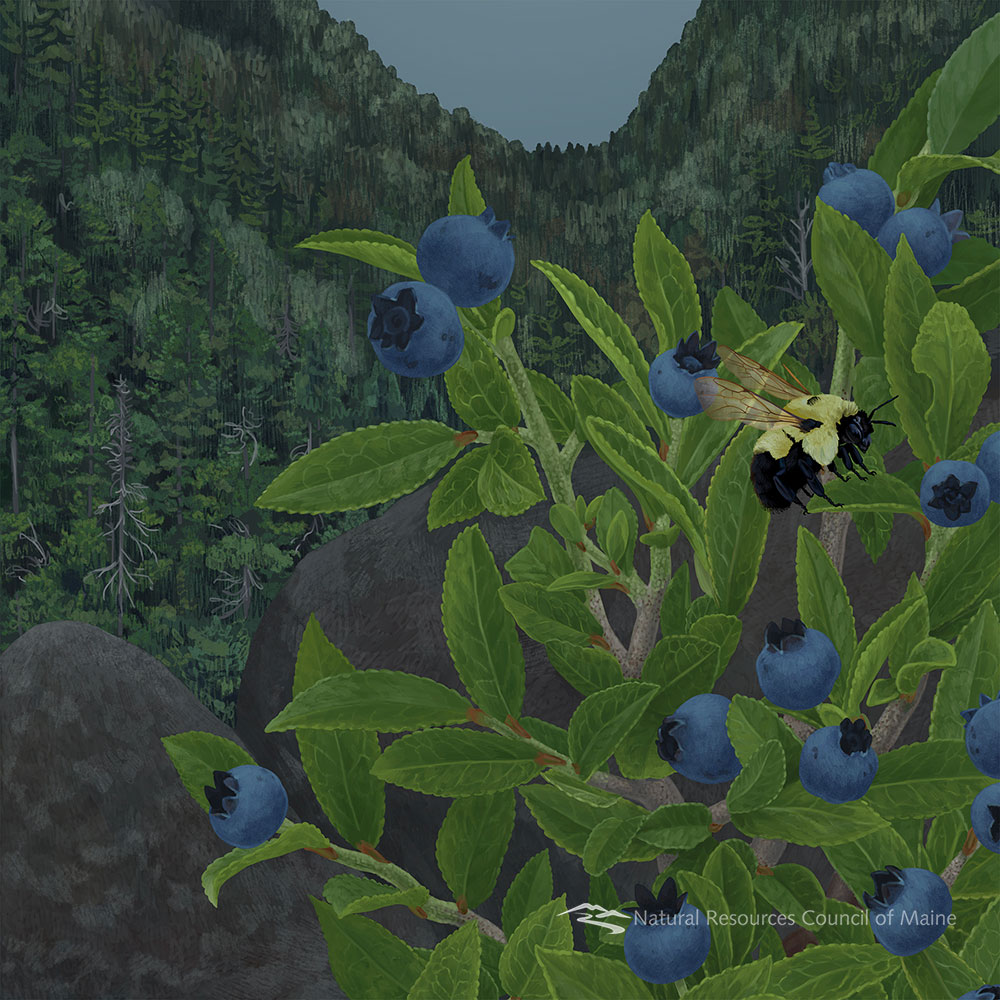 Mahoosuc Unit: A yellow-banded bumblebee (Bombus terricola) flies over the alpine blueberry (Vaccinium borealis) at Mahoosuc Notch in Oxford County. This unit spans an alpine ridge that is home to many rare plant populations and is known to be one of the most difficult sections of the Appalachian Trail. 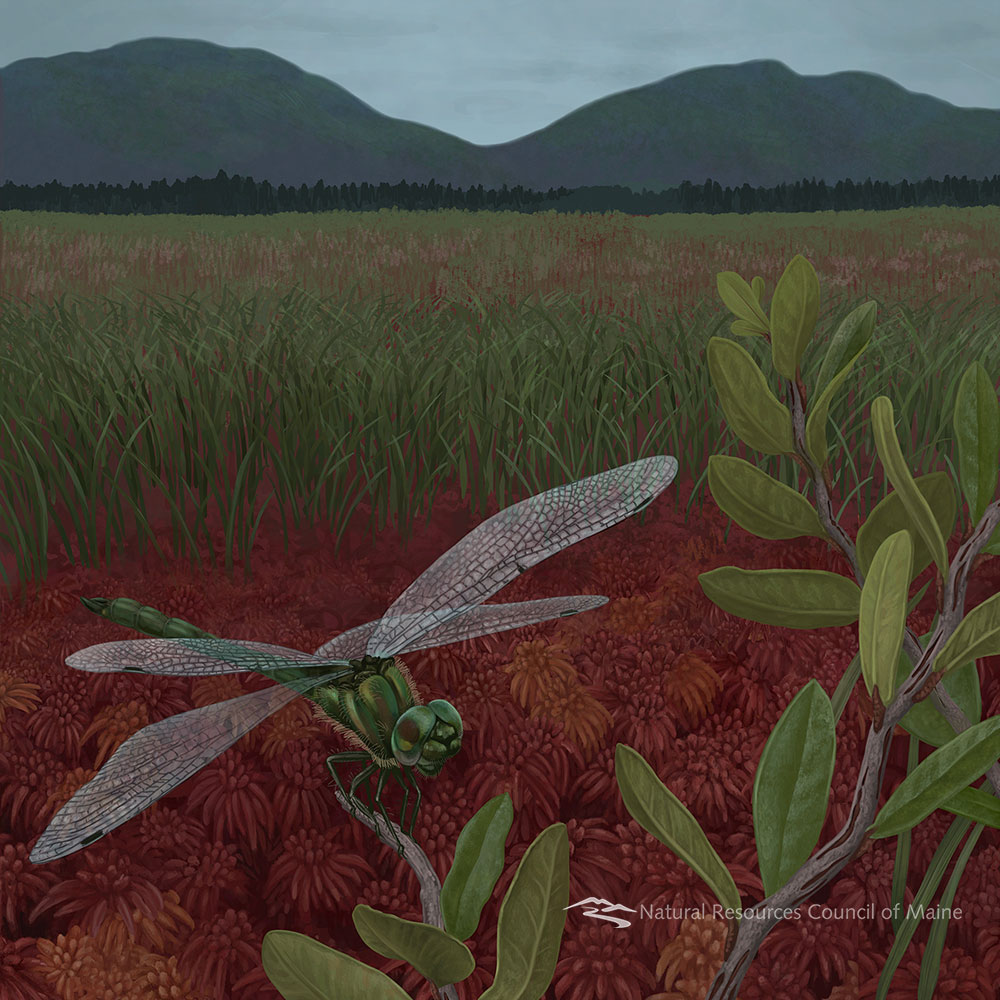 Bog number five: An emerald dragonfly from Quebec (Somatochlora brevicincta), a species at risk in Maine, rests on sheets of leather (Chamaedaphne calyculata) above sphagnum moss in Somerset County. Designated a National Natural Landmark for its special features, the area includes the largest stand of jack pine in the interior of the state. This ecological reserve helps protect the 92-acre Bog Pond, one of Maine’s largest entirely bog ponds, as well as 15 miles of shoreline from Moose River, a Class A river in Maine. 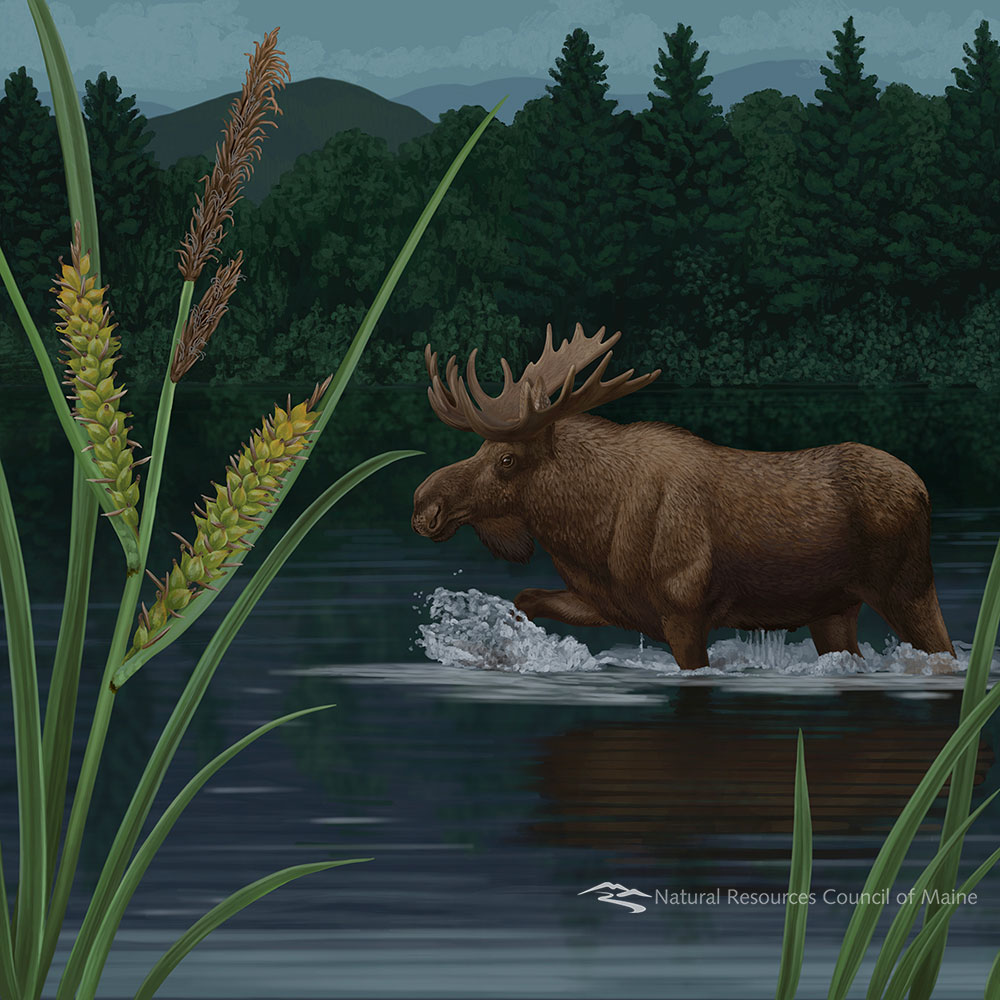 Saint-Jean ponds: A bull moose (american alces) wades in the water of one of five St. John’s Ponds in Somerset County, a chain of shallow lakes at the headwaters of the St. John River in the woods of northern Maine. Beaked Sedge (beaked sedge), a species of state concern, is in the foreground. The 275-acre wetland on Third St. John’s Pond is considered an exemplary riparian ecosystem. 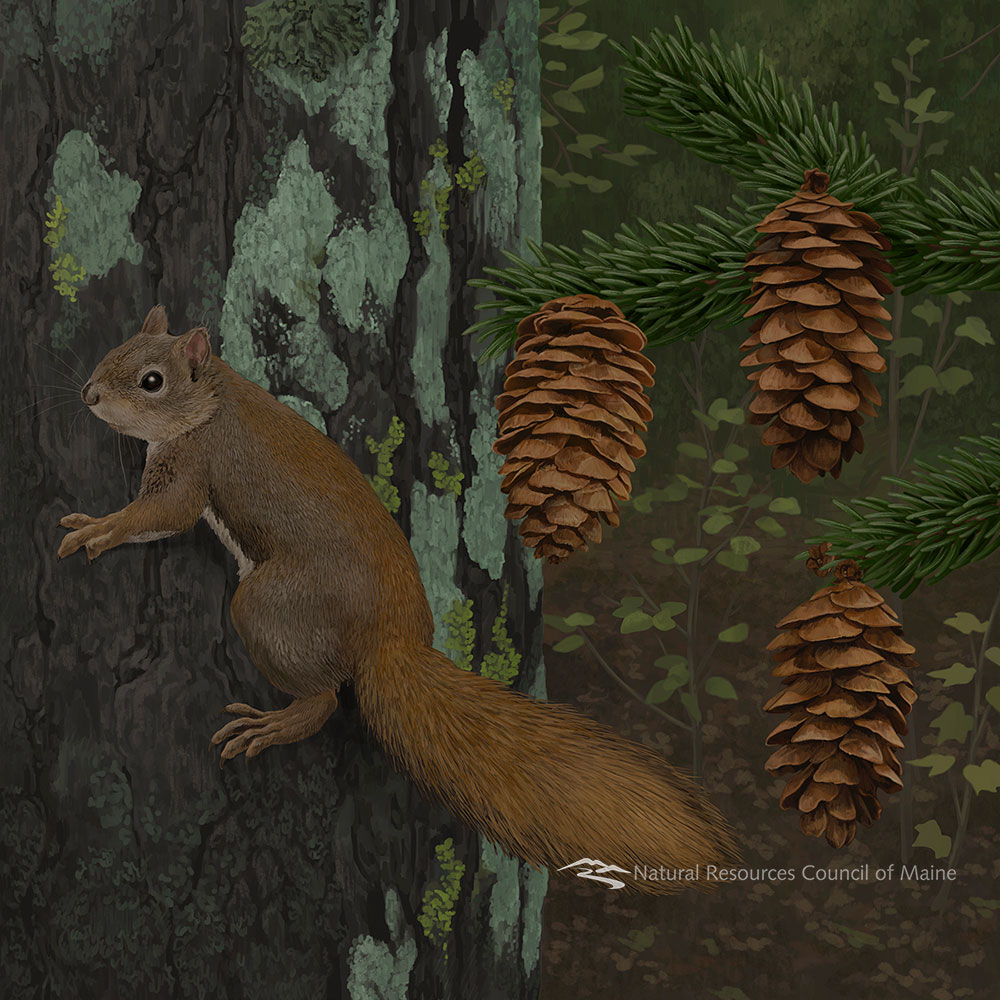 These are just a few of the incredible examples of biological diversity that make ecological reserves so essential. In addition to protecting extraordinary plants and animals, among other species, they provide tremendous value to Maine residents because they provide recreation sites, help maintain a clean and healthy environment, and absorb climate-altering pollution.

Science confirms it. A third of terrestrial species in the United States are threatened with extinction and a third of species in Maine are highly vulnerable to climate change. According to the National Audubon Society, 52 percent of Maine’s 230 bird species are vulnerable to seasonal climate change. Worldwide, one million species are threatened with extinction.

As Maine faces growing threats from development, pollution, biodiversity loss and climate change, we must continue to protect species at risk and ensure ecosystems remain intact, but significant gaps remain in the system of ecological reserves.

To learn more, see the new NRCM report: “Maine’s Ecological Reserves: Meeting the Promise of Saving All the Pieces”.

—by Melanie Sturm, MRNC Director of Forests and Wildlife

Start of Pak-Russia talks on sharing and facilitation agreements