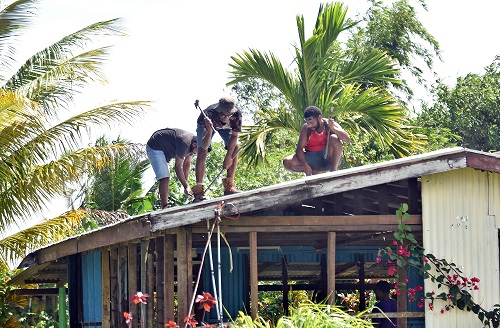 Fiji’s Housing Department said all eviction notices issued to more than 40 residents of Veiraisi Settlement in Nadera, Nasinu have been served legally.

In a statement released via the Fijian government’s Facebook social media platform, the ministry said the land at Veiraisi was not under the Ministry of Housing and Community Development’s lease.

Rather, it was freehold land owned by Nasinu’s Land Buying Cooperative.

“The recent eviction notices served by the freehold landowner to individuals in Veiraisi were lawfully issued pursuant to a court order,” the ministry said.

‘This was after some people residing on the land in question chose not to move to another arrangement offered by the landowner. The Nasinu Land and Purchase first offered all settlers in Veiraisi the opportunity to relocate to another area in 2018. Most of the families accepted this relocation offer.

“The case has since been heard in court and the owner of the freehold land had the right to evict anyone residing on the land in question, in accordance with the recently issued court order.”

According to the ministry, they had intervened to allow the settlers to gain additional time, and had negotiated an additional six months with the landowner to allow the individuals residing on the land to move.

“Legally, the Fijian government can only mediate between squatters and freehold landowners.”

According to housing manager Ronit Sen, they have held several meetings with the landowner and representatives of the affected families since the court order was issued.

“We gave them as much extra time as possible to find alternative accommodation,” Mr Sen said.

“During this period we conducted a survey and considered temporary accommodation in Public Rental Board apartments, however, some families reported extremely large household sizes which could not fit into PRB apartments.

“It had been clear for over four years that the families would eventually have to move, as this is freehold land. After being granted an additional six-month window to make alternative arrangements, the court order must now be complied with. »

The ministry pointed out that there are more than 250 informal settlements around Fiji.

“The ministry is working with both the Ministry of Lands and the iTaukei Land Trust Board to acquire and upgrade these settlements over time to provide secure land tenure for settlers.

“The ministry currently has 46 development leases under its upgrade program and three are now upgraded and ready to formalize. Twelve more colonies are set to begin upgrade work this fiscal year, with around $10 million allocated in the 2022-23 national budget for the work.

Coffee plantation on nearly 10,000 hectares of land in Nagaland