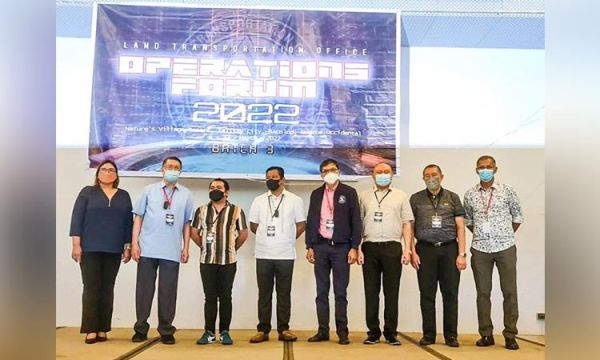 The 7-year-old Land Transport Office (LTO) Ronda District Office has been named the most pandemic resilient LTO office in the Visayas.

Out of LTO’s 71 frontline offices across the three Visayas regions, Ronda District Office received the said recognition during the 2022 LTO Operations Forum in Bacolod City.

The said three-day LTO 2022 Operations Forum in Bacolod City was held from March 9 to 11.

Rollo said he did not expect to win the said prize: “Our office was awarded across the region and the winners from each region of the Visayas competed on the last day of the forum. Fortunately, representatives from the central office of LTO chose LTO Ronda.”

“It is very gratifying as we have made a lot of sacrifices and faced many challenges, from the pandemic to the devastating Typhoon Odette,” the district OCI added.

Amid the challenges of implementing health protocols, losing power and internet due to the typhoon, and adjusting the new LTO IT system, LTO Ronda DO has proven to be one of the model offices across all LTO offices in the Visayas.

RD Caindec also commended LTO Ronda for its good governance beyond its mandate to provide services to the people of southwestern Cebu.

“The award confirms the hard work of LTO Ronda with the support of the entire LTO 7 region in its efforts to serve its people beyond the mere mandate of providing registrations, licensing and law enforcement. It shows also that LTO reaches out to its communities and other stakeholders by ensuring that good governance is felt by its constituents.”

LTO Ronda District Office opened in November 2020 where it took only 20 days to build the said office.

LTO’s Most Pandemic Resilient Office was judged based on actions imposed/initiated by the Head/Head of Office to prevent the spread of Covid-19 and the productive activities carried out by his/her office staff while the office is locked out or while staff were on alternating Arrangement of Work (AWA). (PR)