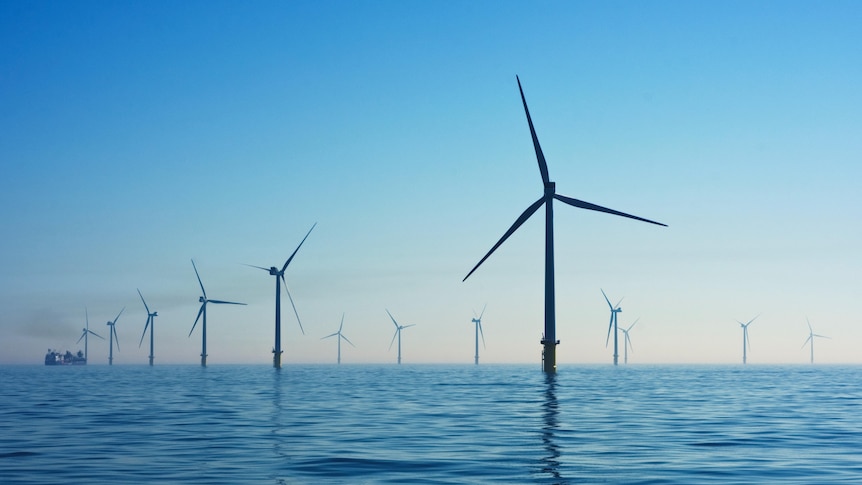 Renewable energy projects take off but where is the workforce?

The renewable energy industry has exploded in Victoria, with ambitious energy targets set by the state government and an abundance of employment opportunities in the nascent sector to be realized.

Gippsland in southeast Victoria has been touted as the golden child of the renewable energy industry.

The region has windy seas, vast land resources, and an existing network infrastructure in the Latrobe Valley thanks to its mining heritage.

Thousands of jobs are expected to be created during the construction and operation phases as part of the switch to renewable energy.

But in a job market clamoring for people to fill 86,000 vacancies in rural and regional Australia, doubts remain over the ability to fill vacancies in the new industry.

In Australia, the labor force participation rate stands at 67%, while in Gippsland the rate is lower and varies by local government area.

A recent renewable energy conference held in the region has generated interest overseas and domestically.

Bernadette O’Connor of the Australian Renewables Academy (ARA) leads a local organization responsible for training the workforce needed to work on renewable energy.

Ms O’Connor said poor participation rates should be seen as an opportunity to attract more people into the labor market.

The group intends to retrain skilled workers away from the coal, oil and gas industries.

“We need to look at who’s in the sector to move into the renewables industry,” Ms O’Connor said.

The federally-funded ARA identifies entry-level jobs and determines who can be recruited with basic training.

Given that offshore wind is in its infancy in Australia, the skills and knowledge needed to train the workforce in the new technology will likely come from overseas at first.

Ms O’Connor said the industry was changing at a rapid pace and communication around the sector’s resource needs was imperative.

“If we can have really good teachers who know how to teach and how to facilitate learning, in partnership with industry who know what industry needs, then that would be the perfect scenario,” Ms O’Connor said. .

Historically, Gippsland’s offshore oil and gas industry has attracted overhead workers from around the country, but the number of interstate workers has dropped in recent years, unions say.

As offshore assets were sold or downgraded in Bass Strait, FIFO workers had to look elsewhere.

In 2017, when the Hazelwood Power Station closed, 700 Latrobe Valley workers were left jobless. At the time, it was suggested that lucrative roles often brought in over $100,000 to the household budget.

When operational, Hazelwood injected 1.65 gigawatts (GW) into the grid.

The Star of the South offshore wind project alone will generate 2.2 GW.

After Hazelwood closed, there was little talk of renewable energy projects being set up in the area to take advantage of the existing grid infrastructure.

For years, community groups and environmentalists touted the potential for renewable energy in Gippsland, but efforts were slowed when the former state government’s investment in private companies trying to find clean ways to use the coal arrived empty-handed.

In a packed theater in Sale, Victorian Energy Minister Lily D’Ambrosio received an enthusiastic response when she spoke about the state’s ambitious goals.

They include providing 13 GW of offshore to the energy grid by 2050 and for the state to generate 50% of its electricity from renewables by 2050.

While offshore wind generated the most excitement, solar was also a key player, with eight solar parks in the pipeline or operational in the region.

However, renewable projects have not been fully welcomed with open arms.

The friends of the Nooramunga coastal reserve did not want wind turbines along the “pristine” coast, while the farmers of Giffard did not want above-ground pylons erected on their land.

Fishermen also fear they will not be able to use the waters during the construction phase of the offshore wind farms and have said they should be compensated.

A panel that discussed how renewable energy companies should engage with communities affected by infrastructure proposed that communities should be provided with clear information that would indicate what aspects communities could and could not have a say in. ‘influence.

She told the ABC she would not be very happy to have underground cables through her property, but preferred them to the above-ground pylons which would have to be built by Ausnet Services.

“If we’re going to have renewables, the best practice so far is to have the turbines offshore and the cables underground, which doesn’t bother anyone,” Ms Irving said.

“It’s not fair for landowners to have overhead wires.”

The energy sector is ‘exploding’

At this point, Star of the South committed to laying underground cabling, unlike other developers, while Ausnet Services would build the transmission lines.

It hasn’t yet committed whether they will be above or below ground, but underground cables are much more expensive.

The Gippsland offshore wind farms will feature turbines rising 196 meters, drilled and grafted into the seabed.

Flotation Energy plans to build the 1.5 GW Seadragon project off the coast of Gippsland.

He said he was chosen hoping to use existing or disused platforms, the Barry’s Beach terminal and other infrastructure.

“We can potentially reuse some of these assets, whether it’s a platform itself for a substation, whether it’s land crossings, easements for existing pipelines,” Mr. Sawyer said.

“We can potentially reroute electrical cables along existing easements to reduce some of these disturbances.

“But it also extends to personnel who can leave the oil and gas industry and retrain.”

It is estimated that Seadragon’s construction phase alone will employ 1,000 workers, while up to 250 jobs will be underway in operational maintenance.

At the event in Sale, Ms. D’Ambrosio encouraged local companies wishing to enter the sector to register with the Industry Capability Network.

She said her department was mapping the supply chain.

The first offshore wind project to be operational is the Southern Star, which aims to bring electricity to the grid by 2028.

This is the same year that Energy Australia’s Yallourn power station in the Latrobe Valley is due to close.

As part of its decommissioning agreement, Energy Australia is to build a 350 megawatt (MW) battery on the site to store excess energy.

Local news straight to your inbox

ABC Gippsland will deliver a summary of the week’s news, stories and photos each Tuesday. register here

AGL, which operates the nearby Loy Yang A power station, plans to build a 200 MW battery.

He hailed the state government‘s goals and acknowledged the protesters, encouraging businesses to consider the community throughout consultation periods.

“These are unique changes to our infrastructure… There will be huge challenges with this, there are clearly communities that care.

“It will be much more abundant and cheap electricity.”

Born and raised, the new Londoner wants to change the city from within