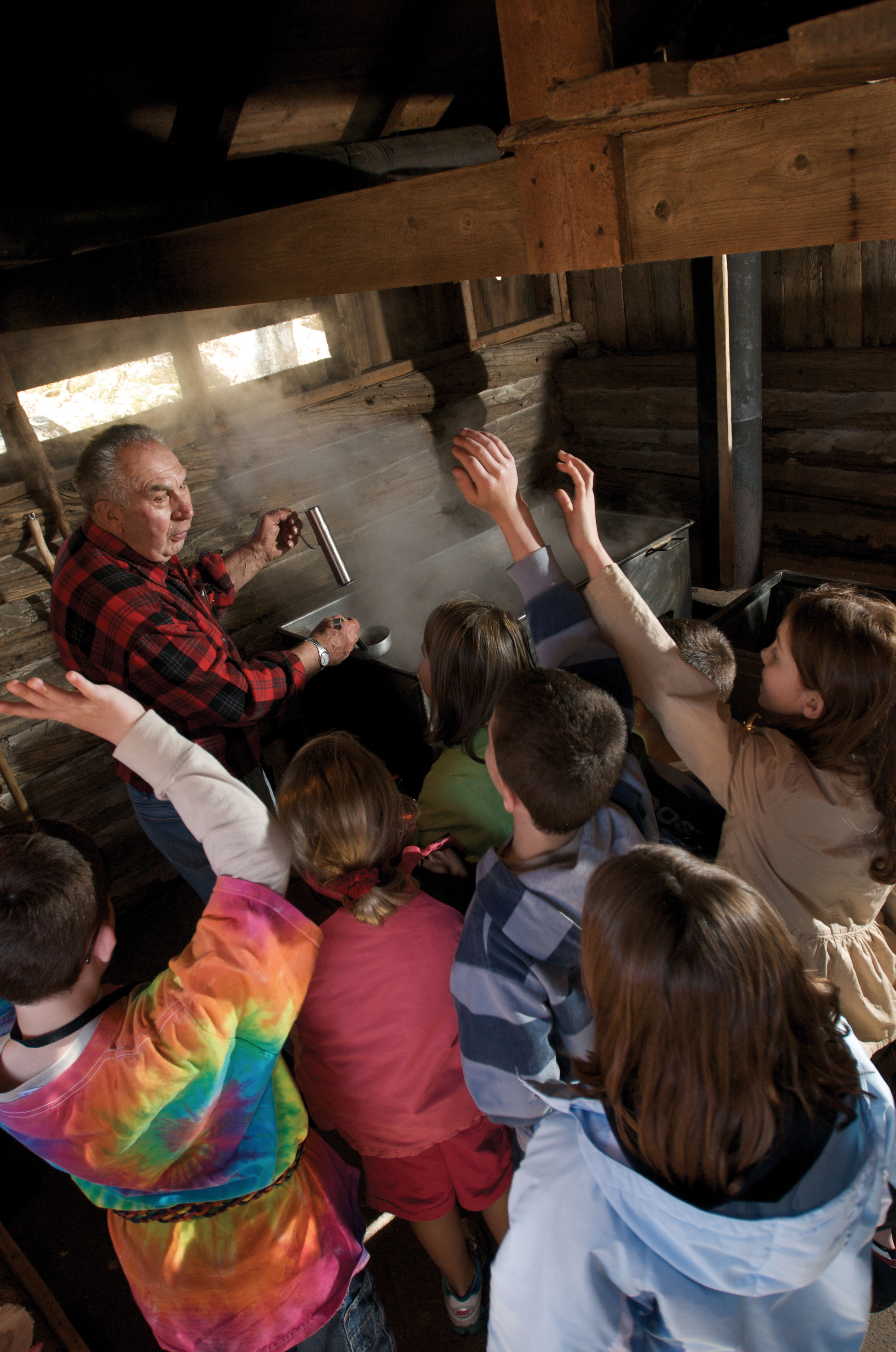 Carl Scholz works at the sugar shack with a CM1 class from Sebastopol.

Carl Scholz was one of a kind. He was the youngest school principal in Wisconsin when he was promoted to head of the Sevastopol district at age 26 and had served in that role longer than anyone in the state when he took his retired 34 years later.

When he took the job, there were 15 faculty members, high school classes met on the third floor of the original building, and offerings were basic – no foreign language, limited science, and only algebra and geometry in the math curriculum. Sports were the only extracurricular activities until Scholz implemented an alternate schedule that included an activity period every Friday for organizations and clubs.

Scholz was an environmentalist long before it became a grassroots cause, serving on countless corporate boards and never giving up the fight to protect our natural resources. He has championed many environmental initiatives such as stopping mines from polluting rivers, opposing PCBs in the Fox River, and developing Whitefish Dunes as a state park.

Learn more about the life and influence of Carl Scholz>>

He played an influential role in many land acquisitions for preservation purposes by the Door County Land Trust and was a longtime member of The Ridges Board of Directors, serving as Chairman for 15 years. Thousands of trees along the Sturgeon Bay Ship Canal were planted under his supervision by the Sevastopol Conservation Club, and he transported truckloads of trees to communities in Wisconsin that suffered tornado losses. He has been honored several times by local, state and national environmental groups.

Although Scholz often said that the people of the community, the teachers and the staff of Sevastopol were the best, his belief in quality education in all public schools was paramount. When a principal was needed for Door County Special Education, he volunteered and did the job for two years in addition to his other responsibilities.

Long after his retirement in 1987, he continued to teach through school presentations and his annual maple syrup-making adventures at The Farm with fourth- and fifth-grade students from Sebastopol. A retired teacher recalled that Scholz always asked young people many stimulating questions. If they couldn’t find the correct answers, he continued to give clues until the correct answers were discovered.

He also continued to teach adults in Clearing on Door County Natural Resources classes and to make canes. He led numerous hikes throughout the county, often inviting groups back to the Scholz home for what he called “the afterglow.”

Scholz had a strong Christian faith and commitment to the Bay View Lutheran Church, where he and Ruth had been members for 70 years and he served on numerous committees and the church board.

Later, the couple enjoyed traveling around the world, including achieving the goal of visiting the city of Sevastopol in Ukraine, for which the school district was named.

While living at Anna’s Healthcare last year, he continued his 50 years as a Door County Bird Count participant and taught fellow residents about fish crows, the endangered species that he spotted her by her south window. The Northeastern Wisconsin Audubon Society recently presented him with a Certificate of Appreciation for his many years of service and for educating others about all of Door County’s natural resources.

His influence will be felt in the Sevastopol District and throughout Door County for generations to come.

A memorial service is scheduled for Saturday, June 25 at 4 p.m. at La Ferme.