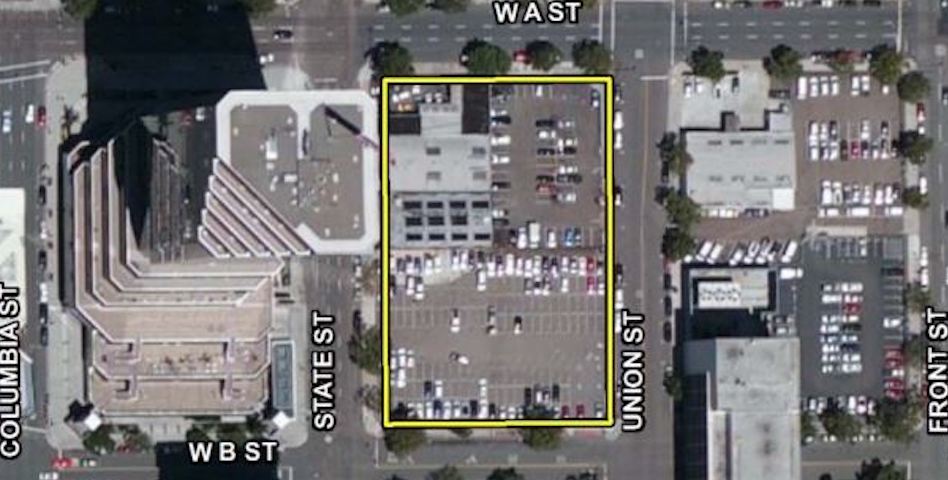 The lot should serve more than 700 buses.

It has been more than five years since transport officials drew up a plan to remove buses and portable toilets from certain streets in the city. The downtown bus stop project evolved to add a new head office and mixed-use development.

The San Diego Association of Governments (SANDAG) is developing the project in partnership with the Metropolitan Transit System, which has now provided additional funding of $ 1.4 million. But the board still hasn’t decided which option to pursue.

Today, the multi-million dollar plan is just a bus stop.

San Marcos Mayor Rebecca Jones, a board member, said there had been no discussion about whether it was still planned as the seat of SANDAG.

A stopover, the most basic plan envisioned, includes parking and toilets that will prevent 400 buses from having to idle along poor streets parked between routes and prevent bus drivers from having to search for toilets. portable.

“At the moment, it is under consideration that it will be a bus stop, as buses are currently parked in the streets, both the Rapid and the local,” Hasan Ikhrata, executive director of the agency, said during a board meeting on December 17th.

The number of bus lines that terminate downtown is expected to increase with the growth of the region’s Rapid network, and the land is expected to serve more than 700 buses.

The project would take over a private block in the Columbia district, bounded by A Street, Union Street, B Street and State Street.

Criticism of the proposal has focused in part on its cost – about $ 46 million allocated by TransNet, the one-half-cent sales tax approved by voters for transport projects administered by SANDAG. Then there is the proposal to use the eminent domain, forcing five different owners to sell their land.

As of June 2018, the agency had two willing sellers and is currently in the process of acquiring the remaining properties, for which the additional $ 1.4 million will be used.

Acquisition of land by eminent domain requires that the project serve the public interest and be necessary.

According to the agency, several sites were studied before settling in the civic core of the city in 2016 as being the most suitable for ensuring timely transit for users of the city center. “The current and future need to accommodate buses at the stopover facility requires the acquisition of the entire city block. “

The stopover will increase on-street parking since buses will no longer have to park in front of residences and businesses while waiting for their next trip.

Transport agencies are hopeful that the land will be open in 2023. Ikhrata has agreed to provide more information at a future meeting, including the amount of regional dollars spent so far.