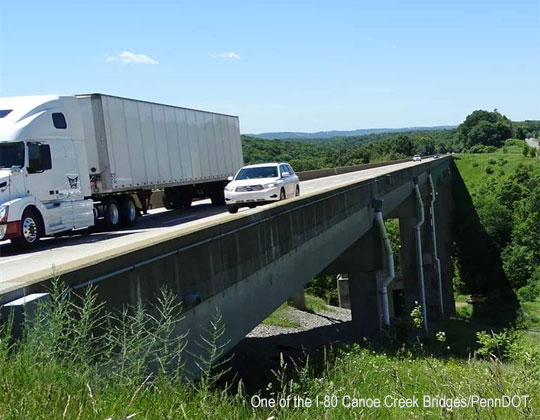 A review of the Pennsylvania law addresses what has been described as “aggressive overreach” on imposing new tolls on existing bridges.

In November 2020, PennDOT announced that it had received approval to initiate the Major Bridge P3 initiative, which allows the state to install tolls on major bridges in need of repair. Democratic Gov. Tom Wolf’s administration backed the initiative.

Critics said the Major Bridge P3 initiative would give the state DOT the power to “essentially tax and appropriate funds without additional oversight” from state lawmakers.

In response, legislation was introduced at the Statehouse to reform the status of PPPs. Specifically, SB382 called for a halt to the bridge tolling plans.

The bill, SB382, passed the Senate late last year but stalled in the House due to the governor’s concern over provisions in the legislation aimed at stopping the initiative. .

Following two rulings by the Commonwealth Court to end the toll scheme, Governor Wolf signed the revisions to the law.

As agreed with the Governor, the new law increases transparency by requiring PennDOT to publish a detailed analysis and requires the agency to distribute a copy of the P3 Board’s resolution.

A 30-day public comment period must also be completed prior to a P3 Council voting meeting.

Another provision reduces the scope of PennDOT’s power to create user fees for new infrastructure and ensures that the General Assembly has more time to evaluate any transportation project passed by the P3 Council.

“I had serious concerns about PennDOT’s power to essentially tax funds and appropriate funds without additional General Assembly oversight,” Langerholc said in a press release.

He adds that “we had to stop PennDOT from increasing costs for working families in Pennsylvania.”

Today marks the end of PennDOT’s P3 Bridge Toll Initiative with the enactment of my legislation, Bill 84. We prevailed in the legislative process to reign in the power of PennDOT, but we will continue the dialogue with @GovernorTomWolf how to adequately fund our roads and bridges.

The P3 Major Bridges Initiative has identified the following nine bridges as candidates for tolls:

He adds that Pennsylvania can meet statewide bridge needs by mobilizing $4 billion in new funding from the federal Infrastructure Investment and Jobs Act. LL

Habitat Summit in Mooresville in October