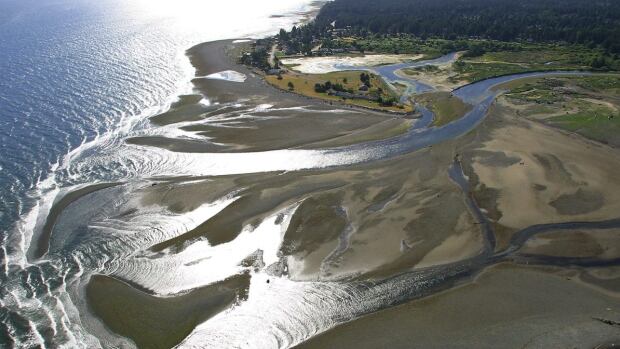 A donation to the Nature Trust of BC will help ensure the protection of a large swath of land along the Englishman River near Parksville, approximately 37 kilometers north of Nanaimo on Vancouver Island.

The 71 acres or 28.7 hectares of land worth over $5 million was donated to the trust by the Emil Anderson Group, a contractor company based in Chilliwack, British Columbia.

The donated land will be added to the trust’s Englishman Kw’a’luxw River Conservation Complex, a series of land parcels along the river that the organization has collected since 1978.

This donation marks their 11th acquisition in the region.

The Snaw-naw-as First Nation will work with the trust to manage the long-term conservation of the lands. The nation is recognized as the rights holder of the land under a new stewardship and management agreement.

Snaw-naw-as-elect Councilor Chris Bob said their nation has always used this land and harvested it.

“We want to preserve this for future generations and for everyone to enjoy.”

Lament said the Englishman River is an important salmon spawning river on Vancouver Island and also a key watershed in the Coastal Douglas-fir Ecological Zone.

He said the land includes ancient forest and traditional medicines.

The Emil Anderson Group originally purchased the land in 1960 to mine a gravel resource on the southeast corner, according to Mike Jacobs, chairman of the company’s board.

Jacobs said the group will sell the gravel mine portion of the land to developers to become host sites. Their donation to the trust consists of the rest of the property which remained untouched.

“We recognized that much of the land was an environmentally sensitive area,” Jacobs said.

“Although we have the zoning and the right to use it, we didn’t think it was the best end use of the property.”

Lament said the Emil Anderson Group approached them over a decade ago to donate the land and they have been working on the land deal ever since.

“It really is a remarkable and wonderful gift, it’s quite unusual for a company to step up the path that the Emil Anderson group has,” Lament said.

In addition to donating the land and covering transaction costs, the group also donated additional funds for start-up costs and future land management of the property.

Lament said people were enjoying the land for recreation without realizing it was private property.

“There are already trails on the property that people have been using for many years.”

He said they are currently working with the Snaw-naw-as Nation to determine how to manage the land.