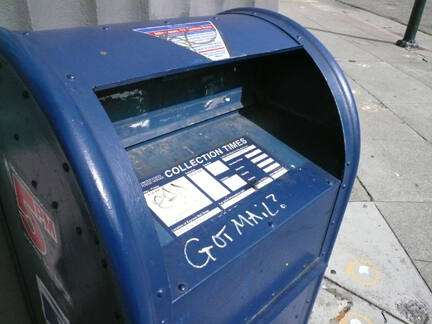 Monday Letters to the Editor

A gift of public funds

EDITOR-IN-CHIEF: The oversight board’s consent schedule for Tuesday includes extending the cannabis business tax due date from Jan. 31 to April 30. Since the extension does not affect taxes due “in any way”, as one county report put it, why doesn’t the council just demand timely payment?

As the saying goes, “time is money,” so the deferral represents money in the pockets of cannabis companies and dollars that should be in county coffers. The extension constitutes a donation of public funds.

It’s not like extensions due to wildfires – disasters affecting innocent residents. The cannabis industry made a bad bet on the market. They are not innocent victims nor necessarily residents of Sonoma County. They were well-informed investors who sold the county from a tax perspective. An extension of their taxes neutralizes this alleged advantage. Why is the council giving this gift?

In-depth environmental and economic studies should be undertaken on these issues. These require time beyond the next quarter. In the meantime, cannabis businesses should pay their taxes on time, just like the rest of us.

EDITOR: The “solar users aren’t paying their fair share of delivery costs” meme has been voiced by several people. This is wrong at first sight. We installed solar power, which reduces the amount of electricity we buy from PG&E. We pay delivery charges on power supplied by PG&E. If we don’t buy enough PG&E in a given month, we pay a minimum usage fee. Saying we don’t pay our fair share of delivery costs makes no more sense than saying the same about people who lower their PG&E bill by upgrading their home’s insulation or buying energy-efficient appliances.

EDITOR: In Phil Barber’s Jan. 14 article about future plans for the Sonoma Development Center, supervisor Susan Gorin says “there’s a lot of data” on the Sonoma Valley Wildlife Corridor (“Advocacy to reset the clock”). While true, the county’s project description for the development center redevelopment includes a road connecting Arnold Drive to Highway 12, establishing “a new vehicular connection” for the 1,000 homes and 1,000 new jobs proposed for the campus. historical.

The scientific literature is clear: roads and wildlife do not mix. A new road would likely lead to the collapse of this vital pathway for our remaining biodiversity. Nor is the proposed road simply related to the negative impact of traffic generated by thousands of new residents. As part of the sale of the development center as surplus property, the state is passing on $100 million in cleanup costs to the prospective buyer, and that responsibility is driving the proposed housing allocations.

Rather than jeopardize the wildlife corridor with new road infrastructure and city-scale development, we urge the county to partner with community groups and the governor to support greater state investment in the wildlife corridor. future of the site, such as the $100 million included in the Governor’s 2022-23 budget to expand affordable housing development and adaptive reuse opportunities on the state’s surplus land.

EDITOR: Donald Trump’s election in 2016 was a response to Barack Obama’s miserable two terms. It was attacked almost immediately after Hillary Clinton’s surrender. He still managed to get things done despite daily cabal attacks from Nancy Pelosi, Chuck Schumer, Adam Schiff, Jerold Nadler, Anastasia Ocasio-Cortez and others. But it looked like he had upset enough people to lose in 20, and we were given Joe Biden.

After a year of his presidency, Biden has managed to convert Midas’ golden touch into stale pretzels. A failure at every turn nationally and internationally. Vladimir Putin and Xi Jinping have to anxiously await the news each night to see what the confused “leader of the free world” has messed up now. He’s a toothless paper tiger. He speaks to the nation in a quiet grandfather voice asking us to do this or that. If that doesn’t work, it becomes stern (as the teleprompter displays angry words). If it weren’t so sad and scary, Biden’s performance would be laughable.

I imagine Jimmy Carter and even Obama are smiling as their status comes out of the bottom of the barrel. Bad choice, Biden voters.

EDITOR: The Santa Rosa Board of Supervisors and City Council are widely believed to be pro-cannabis. However, the latest push by marijuana operators to eliminate and/or reduce their business taxes is out of reach. And the fact that supervisors wasted no time putting it on their meeting schedules indicates that they prioritize the demands of a controversial industry over the good of the citizens of this county.

The Economic Policy Institute says Sonoma County is one of the most expensive places to live in California. The group estimates that a family of two adults and two children in Sonoma County would need to earn a combined income of $9,165 per month to live comfortably. In 2021, the consumer price index rose 4.2%, food prices rose 6.3%, energy costs rose 28.2% and housing jumped 4.1% in the Bay Area. The inflation rate is 7%.

With these numbers in mind, it’s unconscionable for any member of the supervisory board to even consider granting the cannabis industry’s demand to pay less tax. It strains the credulity that any business would ask for help, asking for tax breaks, just because their business plan fell through and their profits were affected.

You can send letters to the editor to letters@pressdemocrat.com.