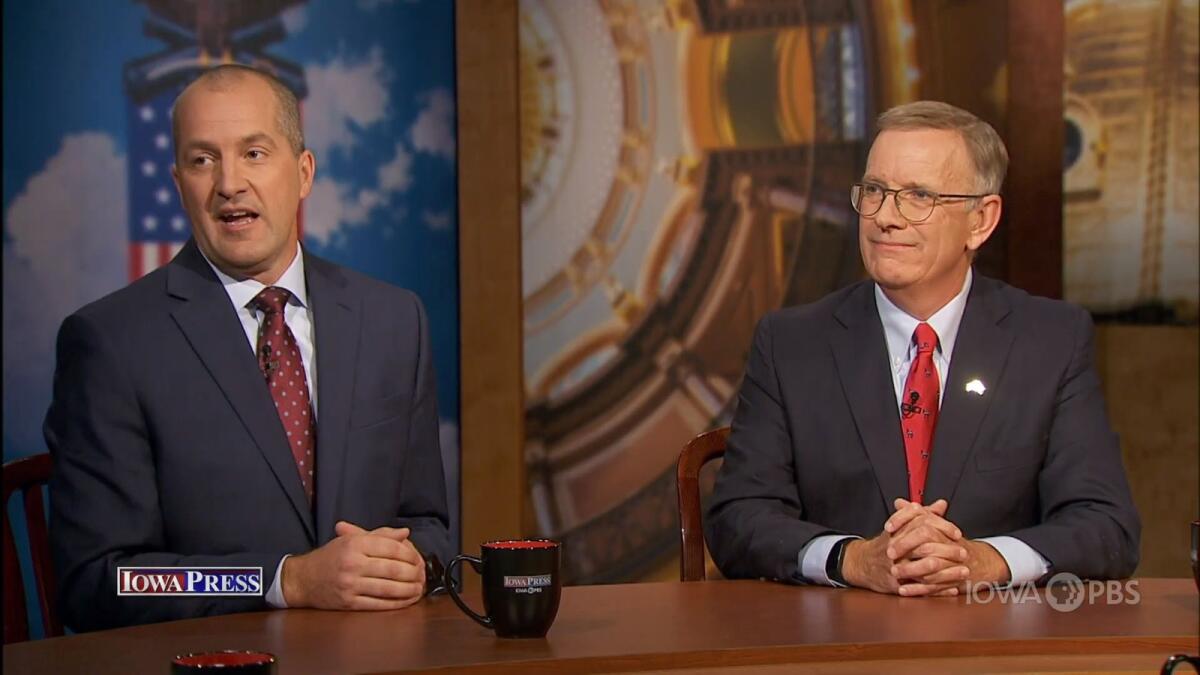 Meet the Candidates for Iowa Secretary of Agriculture

DES MOINES — Republican Mike Naig is seeking another four-year term as Iowa’s secretary of agriculture to continue to seek new markets for Iowa agricultural products and to continue working on the improved water quality in the state.

Democrat John Norwood, businessman and Polk County Soil and Water Commissioner, wants to accelerate Iowa’s work on improving water quality and foster an agricultural system that, according to he would be built to last.

In an interview, Naig, 44, praised his department’s work over the past four years in response to historic floods, droughts, derecho and the return of bird flu, not to mention a global pandemic. .

“We had to be very flexible. We had to be reactive at the time. And, frankly, these are historic and unprecedented things. We had never seen things like this before,” Naig said. “And I’m proud of how our team reflected the farming community in how they had to deal with these things, to be resilient and really get the job done.”

Naig said he is proud of the work that has been done to improve Iowa’s water quality during his tenure, and that he hopes to expand that work into another four-year term. He said with dedicated state funding in place for the next 17 years, he expects the state can leverage this funding to leverage even more resources through federal and private funding. .

The percentage of Iowa’s waters that are considered impaired declined slightly in 2022, but is still more than half, according to an annual report from the state Department of Natural Resources. This percentage has been over 50% since 2010, according to the report.

“We finally secured dedicated long-term funding that has allowed us to turn the page now and focus on how we can scale up,” Naig said. “We’re looking at ways to leverage these state resources with federal dollars, with private sector dollars, with dollars from farmers and landowners, cities, and how can we continue to leverage and to become more and more efficient in our work and to get more and more done.

Before Norwood moved to Iowa in 2002, he lived and worked for a major water utility in Boston and ran an agricultural land trust in California. In Iowa, he owns a small business and is a business consultant.

During an interview, Norwood, 58, said the pace of work in Iowa on water quality issues was not enough.

“We can’t take it one at a time and hopefully move the needle,” Norwood said.

He said the state needs to step up its work, should work more with local drainage districts and develop a strategy that includes all stakeholders, including farmers and landowners on farms where these are segregated. .

Norwood said he thinks Iowa’s agricultural system is out of balance, with too much reliance on growing corn and soybeans, which can negatively impact water quality if farmers grow crops. too close to waterways.

He thinks the state should find ways to encourage farmers to diversify their crops.

“It’s an intergenerational issue. And I think we have a moral and ethical responsibility not to make the system fail.

Bounce Back: Tourism in Napa Valley remains strong thanks to the region’s focus on the land