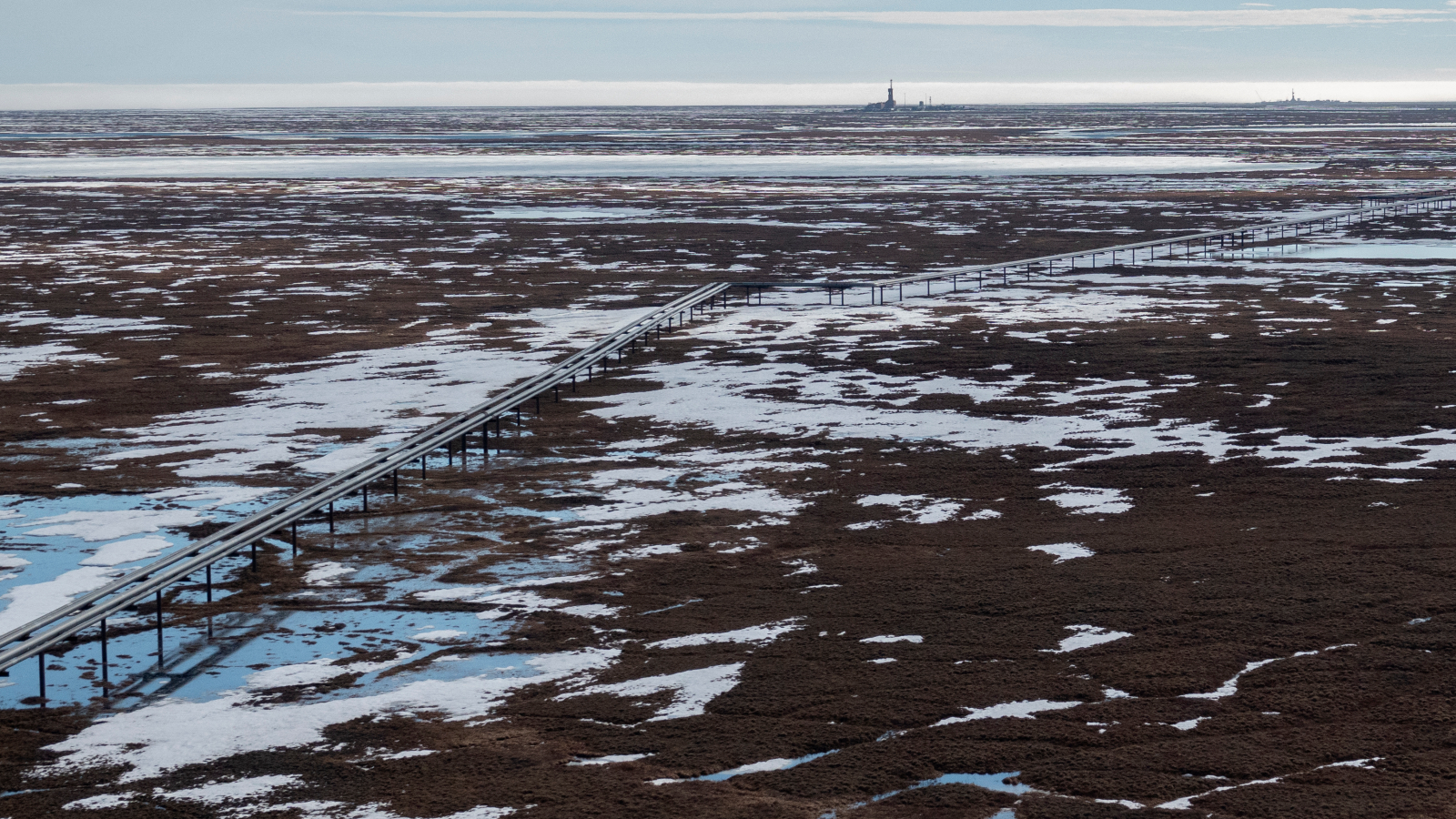 Is the Biden Administration Accelerating a ‘Carbon Catastrophe’ in Alaska?

For more than four years, ConocoPhillips has worked with the federal government to expand oil and gas development in the National Petroleum Reserve, an approximately 23 million acre stretch of government-managed land on Alaska’s North Slope. . If approved, the so-called Willow project would see the construction of up to 250 wells, two airstrips, as well as a network of gravel roads, pipelines and a new central processing in a remote and environmentally sensitive corner of the Arctic.

Willow’s road to approval has been rocky. Last year, a federal court ordered the Department of the Interior to redo the project’s environmental impact statement, or EIS, a new version of which was released early last month. Now congressional Democrats and the hometown of Nuiqsut, a town of just over 500 people closest to development, are asking the Biden administration for more time to weigh in on the new document.

So far they have been met with silence. The Interior Ministry has not responded to official requests to extend the public comment period on the draft EIS. Two letters obtained by Grist, one of the House Natural Resources Committee and one from Nuiqsut, described the 45-day comment period – the minimum required by law – as inadequate for a project of this scope. The House committee also requested a response from the Interior Department by July 22 but has yet to receive a response.

The Home Office did not respond to formal requests for comment from Grist, but an employee who was not authorized to speak officially told Grist that requests for an extension to the comment period were “on the radar. everyone, but no decision has been made”.

Further complicating the administration’s decision, Democrats’ recent agreement on a reconciliation bill, known as the Cut Inflation Act, which provides billions in renewable energy tax credits , but also allows for significant new oil and gas leases on public lands and in the Gulf of Mexico. The administration may be reluctant to further delay Project Willow as legislation moves forward in the tightly divided Senate.

The project was described by the Center for American Progress as a climate “disaster” that would lock in an estimated 260 million metric tons of carbon dioxide emissions over its 30-year lifespan, undermining the Biden administration’s efforts to address global warming. Willow would also bring closer the development of a special conservation area around Lake Teshekpuk, the largest body of water in Arctic Alaska and important calving grounds for the Lake Teshekpuk caribou herd.

Willow was approved in the final months of the Trump administration, but last summer a federal court found the department failed to properly consider the project’s impact on global greenhouse gas emissions. greenhouse, among other issues, and ordered the agency to redo parts of the EIS. The Biden administration, which also championed the original version of the draft, released its draft supplemental EIS on July 8.

Willow is only about 35 miles from the indigenous village of Nuiqsut, which is already surrounded by oil and gas development and has opposed the project. In a June 6 letter to the Alaska office of the Bureau of Land Management, prior to the release of the draft EIS, Nuiqsut Mayor Rosemary Ahtuangaruak noted that a public comment period of 45 days would straddle the busy summer subsistence harvest season, as well as preparation for the fall whaling. Ahtuangaruak said she, along with tribal leaders and the indigenous village society, Kuukpik, have requested that the comment period and five public meetings, one of which will be held in Nuiqsut, be extended until the end of September. to better accommodate North Slope residents.

Ahtuangaruak told Grist that the Home Office has received a copy of the community’s livelihood calendar and that August is one of the busiest times of the year. Caribou are starting to migrate through the area, it’s the middle of a short moose hunting season, families are gathering berries and plants and crews are preparing to head to Cross Island to prepare for the whale harvest.

“Either we go out during this period to try to attempt our harvest, or we make the choice to miss the harvest and respond to this document,” Ahtuangaruak said. “You can’t be online when you’re harvesting.”

A July 18 letter from the House Natural Resources Committee echoed Ahtuangaruak’s concerns and described the decision to hold a comment period of at least 45 days during the summer harvest season as “incredibly troubling.” . The committee contrasted this with the perception that under the leadership of Secretary of the Interior Deb Haaland, a Pueblo de Laguna member who is the first Native cabinet secretary in U.S. history, the department has ” started to restore the principles of transparency, public and tribal engagement”. consultation that the previous administration weakened.

“We ask that you continue to uphold your commitments to these values ​​as you oversee our public lands by extending the public comment period for the Willow Project. [environmental impact statement] from at least 75 days to 120 days in total,” the committee wrote. That would take the comment period until mid-November, almost certainly pushing any final decision until next year.

The pressure to move the Willow project forward, however, has been just as strong. During Haaland’s confirmation hearing, Senator Lisa Murkowski, a Republican representing Alaska, described Willow as her top priority and asked for assurances that the department would do everything in its power to expedite the project. . Haaland made no specific commitments but said she would consult Murkowski on the matter and “follow the law.”

On July 18, Murkowski issued a Press release urging the department to stick to the 45-day public comment period and argued that the project had already undergone extensive review. “Timely completion of this process is critical to the project’s ability to undertake any level of development activities during the fast approaching 2022-2023 winter season,” she wrote.

If the Interior does not grant an extension, the public comment period will end on August 29. A final report of the decision will be released sometime after, potentially giving Conoco plenty of time to innovate on Willow this winter.

The government’s Tribal Trust land movement is “political,” according to the city of Mass.