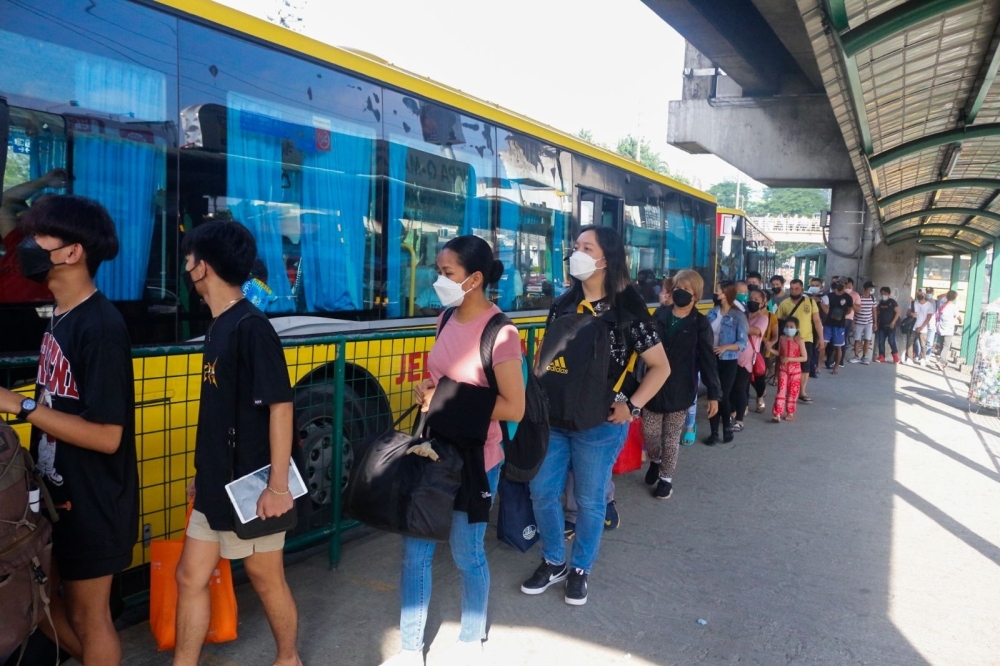 Intervention needed to stop the madness of MMDA

A COMMUTER crisis that has steadily worsened since most pandemic restrictions ended earlier this year threatens to completely cripple Metro Manila, and most of the blame can be placed on the Metro Manila Development Authority. (MMDA).

On Monday, the MMDA abruptly announced that from Wednesday, April 20, provincial bus operators with their own terminals in Metro Manila would be prohibited from making trips to or from those terminals between 5 a.m. and 10 p.m. The decision sent bus operators scrambling to change their timetables and inform their passengers that they would only be allowed to travel to or from the city overnight.

Also, because these carriers use their own terminals, most are unregistered to serve the integrated transit terminals established to collect provincial bus traffic and replace routes that once passed through the city. So these lines were forced to simply cut service for 17 hours a day, at least temporarily, while they waded through the notorious bureaucracy of the MMDA and the Land Transportation Franchising and Regulatory Board (LTFRB).

In a completely ridiculous and utterly ineffective attempt to help commuters and long-distance travelers who have suddenly found themselves stranded by yet another insane government decision – the previous one being that of the Department of Transport (DoTr) authorizing the closure of two of the three lines of the city’s light rail. closed for maintenance on the last weekday before the Easter holiday – MMDA has set up a free shuttle bus service between the transit terminals of Bocaue, Bulacan and Cubao and Parañaque.

It need not be pointed out to most people that replacing existing bus traffic with other bus traffic, only with more inconvenient routes, does absolutely nothing to reduce congestion, which was the apparent intent of the new bus “window hours”. But again, most people don’t work for MMDA.

The situation could become even more serious in a matter of weeks as the MMDA insists it goes ahead with its plan to introduce two-day-a-week number coding for private vehicles by the middle of next month. The new restrictions on bus travel simply take away one more option for motorists who will have to find alternative ways to get to work two days a week instead of just one.

Perhaps the most infuriating revelation of all this is that the MMDA, which is responsible for traffic management, and the LTFRB, which is responsible for overseeing public road transport, did not coordinate at all prior to the publication of new bus restrictions. In a series of increasingly ridiculous public explanations, the LTFRB first said they were unaware of the MMDA’s decision, then said they were aware of it, but did not. had not contributed; the MMDA, in response, first said it had informed the LTFRB, then later implied that the decision actually came from the latter.

As with most crises, this one requires both a short-term and long-term solution. The short-term solution, in this case, is for some authority – perhaps the Metro Manila Council or the president’s office – to step in to put an end to MMDA’s madness. Commuters and the economy that depends on them cannot continue to be burdened by arbitrary rules, imposed suddenly and without proper analysis, consultation with affected stakeholders or coordination with other agencies.

The long-term solution is, as it has been for years, for the government to champion the development of public transit and devote substantial resources and effort to it. Many solutions are of relatively low cost and complexity, and can be scaled up quickly while more intensive initiatives such as the much-needed extension of the rail system are underway. These include the creation of bus rapid transit (BRT) lines – of which the EDSA Busway is a rudimentary but surprisingly efficient example – making full use of the Pasig River for ferry service; accelerate and invest more in the jeepney modernization program so that it becomes financially attractive for operators rather than a huge and potentially sunk cost; and expanding and improving cycling and pedestrian infrastructure.