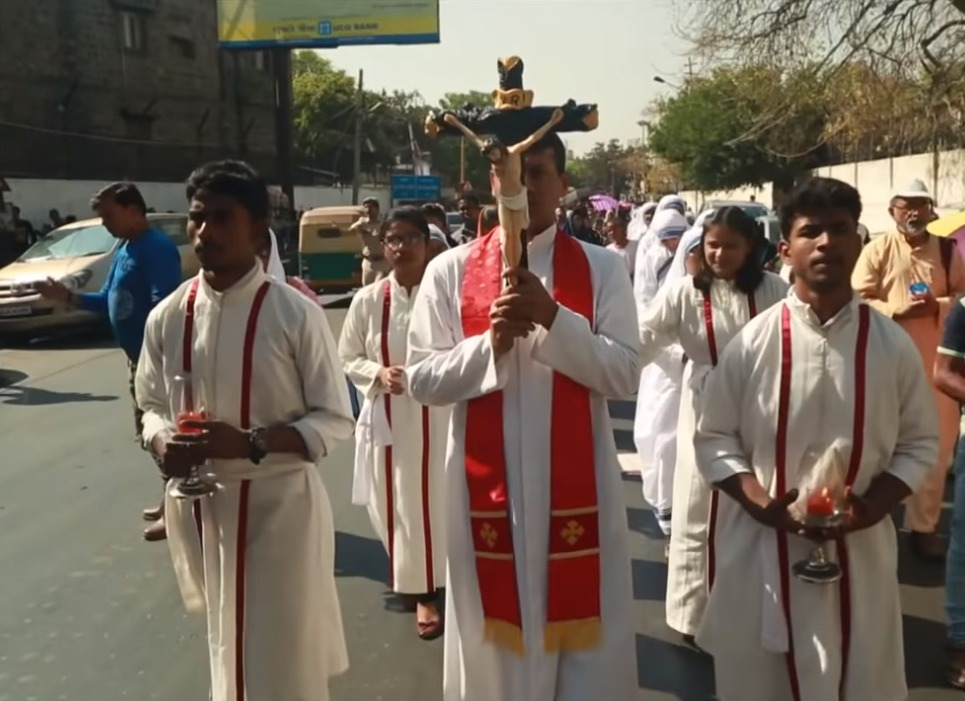 A group of Catholic clergy and laity in India said the “complete silence” of Indian bishops despite an increase in attacks on Christians and other minorities is “shocking” and urged the Catholic Bishops’ Conference of India. India to speak out.

The Religious Forum for Justice and Peace has written a letter to CBCI President Cardinal Oswald Gracias of Mumbai calling on Indian bishops to do more to defend religious minorities facing a growing trend of persecution in India at the hands of of Hindu extremism, reports Crux.

“In 2021, there were 486 incidents of violence against the Christian community in India, according to the United Christian Front. What shocks us is the total silence on the part of the official Church, the CBCI,” the letter read.

The letter was sent weeks after a report by the United Christian Front showed that 2021 was “the most violent year” for Christians in the country’s history.

“Acts of violence against the Christian community and the Muslim community or any other minority group are in complete violation of the law of the land and the Constitution of India,” the letter said. “If we fail to respond to such acts, the secular fabric of India will be lost, causing irreparable damage to the people of India, and an inclusive, democratic and pluralistic India as envisioned in the preamble of the Indian Constitution could be forever lost.”

In its report, the Christian United Front noted that in nearly every reported case nationwide, “vigilante mobs comprised of religious extremists were seen either breaking into a prayer gathering or gathering individuals who ‘they believe they are involved in forced religious conversions’.

The organization attributed the high incidence of Christian persecution to “impunity”, saying “these mobs criminally threaten, physically assault people in prayer, before handing them over to the police on allegations of forced conversions”.

The Forum of Religious for Justice and Peace argues that Catholic leaders “cannot remain silent bystanders when the drama of violent attacks on minorities unfolds before us.” The forum argues that India’s Catholic leaders must “act and fulfill their prophetic role before it is too late”.

The forum calls on the bishops’ conference to send a letter to President Narendra Modi, urging him to call on state governments where such attacks occur to prevent future attacks and hold those responsible accountable. The forum also wants the national episcopal conference to urge regional conferences to send memoranda to heads of government in their states urging them to protect Christians from attacks and to prosecute perpetrators.

In addition, the CBCI is called upon to respond quickly after attacks on Christian institutions and individuals by state actors or Hindu nationalist groups and to provide legal assistance to help victims seek justice in court.

Sister Dorothy Fernandes told Crux that the forum was motivated to send the letter because of the “well-planned actions” that took place around Christmas. She said she is often asked why Catholic leaders keep quiet and want “the leaders of our Church to wake up.” .”

“We have also suggested a number of actionable actions that are inclusive and will support the secular fabric of our beautiful nation,” she said. “We believe our inclusiveness will reach out to Muslims, Sikhs, Dalits, Tribals, women and children. This is our prophetic call, and we can no longer afford to sit on the fence and wait for they’re coming for us.”

Rights groups have warned there has been an increase in radical Hindu mob attacks on Christians and other religious minorities since the Hindu nationalist party Bharatiya Janata came to power with the election of Modi in 2014.

In recent years, Christian groups and leaders have been accused by Hindu nationalists of violating laws banning forced conversion and detained.

Several Indian states have enacted “anti-conversion” laws prohibiting the use of financial advantages or other forms of seduction to encourage Hindus to convert to Christianity. Hindu nationalist groups often abuse these laws and make false accusations against religious minorities.

Earlier this month, a mob of some 200 Hindu nationalists attacked a house church during its worship service in Odagoan village of Kondagaon district in India’s Chhattisgarh state, according to the US organization. International Christian Concern. The pastor was reportedly injured along with two other Christians, and a Christian was converted to Hinduism.

Open Doors USA, which monitors persecution in more than 60 countries, again ranked India as the 10th worst country in the world for Christian persecution on its 2022 Global Watch List, which was released last week.

The group warns that “Hindu radicals often attack Christians with little or no consequences”.

“The persecution of Christians in India is intensifying as Hindu extremists aim to cleanse the country of their presence and influence,” Open Doors said in a fact sheet on India.

“The driving force behind this is Hindutva, an ideology which does not consider Indian Christians and other religious minorities as true Indians because they have allegiances outside of India, and asserts that the country should be purified by their presence.”

The ICC warns that “the pace of Christian persecution only seems to pick up with the arrival of 2022”, and adds: “It remains to be seen whether 2022 will be as violent a year as 2021”.

Monday Letters to the Editor