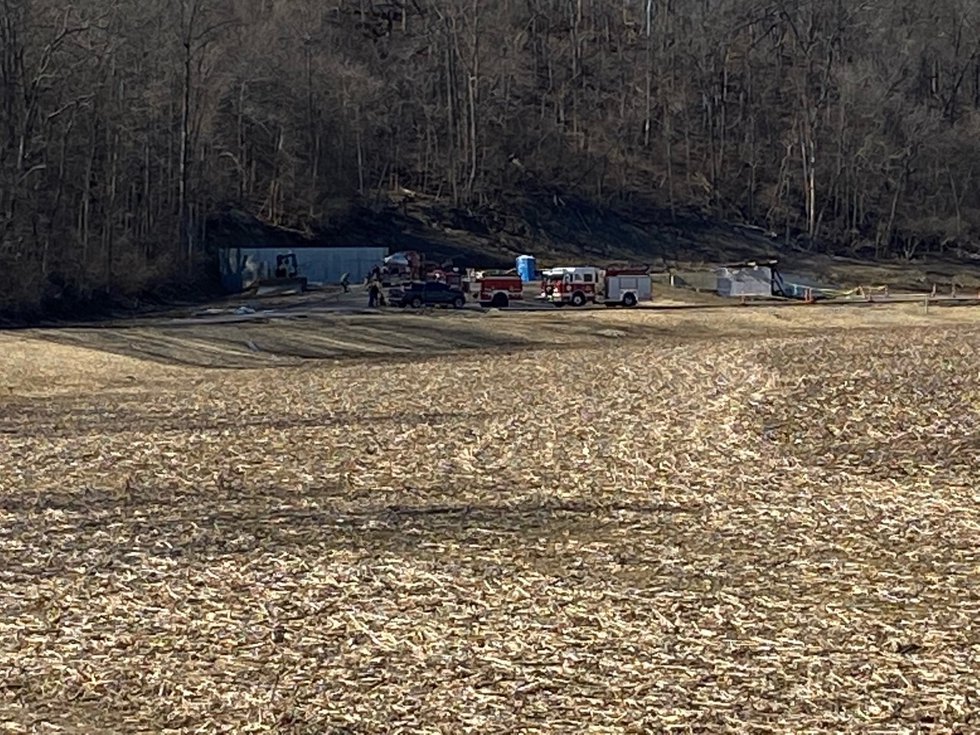 The fire was reported just before 11 a.m. in the 8100 block of Chamberlain Road in Franklin Township.

A fire official, Lt. Chris Hertel, said he received several calls about the blaze. When crews arrived, they found thick smoke and flames coming from all four sides of the two-story house.

“There are no fire hydrants here, so we rely on tankers and tank shuttles,” Lt. Hertel said. “Being on tankers, we have what we call a second tanker alarm, and we’re using that to bring in resources from Montgomery and Butler County as well as Warren County.”

According to firefighters, Brett Oakley, owner of Land of Illusion, also owns the burned home. No one has lived there, according to Lieutenant Hertel, as the house is currently being renovated.

No one was injured at the scene, but crews faced roadblocks.

“It’s about a mile or more from the road, so it’s an unusual circumstance for us when most houses are 30 to 40 feet from the road. When you start going thousands of feet, it creates a big deal,” Lt. Hertel said.

The Ohio State Fire Marshal is now expected to help determine the cause of the fire.

See a spelling or grammatical error in our story? Please include the title when you Click here to report it.