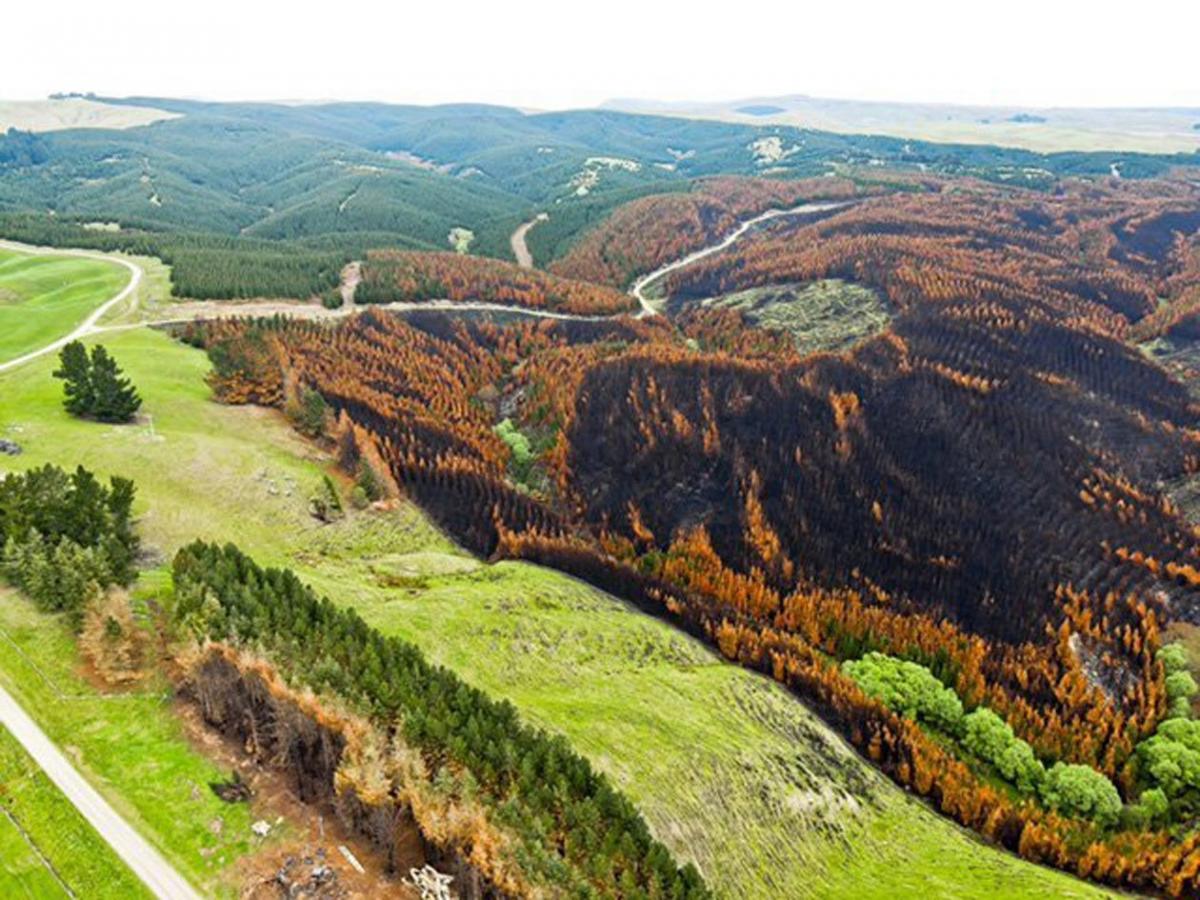 Hidden costs of conversion to forestry

By Miguel M. Mulford Last updated Oct 9, 2022
Share
New Zealand – Land of the Long Green Pine – is where this nation is headed if the brakes are not applied to the widespread conversion of farmland from sheep and cattle to forestry.

It’s not about being anti-tree or anti-forestry; the forestry sector plays an important role in New Zealand’s primary industries and there are excellent forestry companies in the South, which provide employment and contribute to the country’s export dollar.

Rather, it is about the transformation of rural New Zealand into a pine monoculture, ironically as a costly war continues to be waged against wild pine infestations.

Pastoral properties throughout the country, including the South, are being sold for forest conversions; many of the recent sales to overseas investors who lined up to get their own slice of Kiwiana.

Whether the blocks are acquired for carbon farming, plantation forestry or permanent forestry is largely irrelevant.

The result is that productive protein-producing pastures are being destocked at a time when the world’s burgeoning population is hungry for high-quality food.

Filet of pinecone anyone?

Every kilogram of protein lost by the pines has to be replaced elsewhere, probably produced overseas in a much less efficient and sustainable way than in New Zealand.

But the problem is also much more than that. The hidden costs are the loss of rural communities, the cornerstone of our essential agricultural export sector.

It is often incorrectly claimed that only the least productive land is converted – which makes sense – but this is not always the case as some of the consents issued under the Overseas Investment Act show.

A single example is the controversial sale of two adjacent stations in the Gisborne area – the 4,912 ha Huiarua station and the 1,200 ha Matanui station – both of which operated sheep and cattle farms alongside pine forest existing radiata.

The New Zealand Land Use Capability (LUC) system classifies land into eight classes based on its long-term ability to support one or more productive uses based on site-specific physical limitations and management needs.

It ranges from Class 1 — the most versatile multipurpose terrain with minimal limitations, to Class 8 which has very severe or extreme limitations.

The above land CAS included 22 ha of class 2 land, 290 ha of class 3 land and 292 ha of class 4 land; all of which have been designated as arable land, some suitable for viticulture, berries and pastoralism.

The new owners said they plan to subdivide and sell around 30ha, including 11 residential units – presumably showing the extent of employment on the property – while another unit will be kept for housing forestry workers .

They supported the continued operation of a school located in Huiarua, but it is doubtful that this would remain viable given the change in land use.

Livestock removal also has widespread ripple effects, ultimately affecting all of the various service industries that support the rural sector – from transport operators and shearing contractors to rural service businesses and agricultural contractors.

The effects of fire have already been observed in carbonaceous forest blocks in northern Otago. Concerns have also been expressed that the plantations are becoming a habitat for pests, as well as worries about other environmental effects, including water quality.

The Overseas Investment (Forestry) Amendment Act 2022 recently came into force, changing the criteria for assessing overseas investments that result in the conversion of agricultural land to production forestry.

The main change was that applications were now considered under the general benefit to New Zealand test, rather than the more permissive special forestry test, under which the land must be used exclusively or almost exclusively for forestry activities. (maintaining, harvesting and/or establishing a crop of trees for the purpose of plantation forestry, but excluding permanent forestry.

From a layman’s perspective, it’s hard to grasp just how much of an overall upside there is to New Zealand, aside from the initial wave of plantation activity.

Sympathy should be felt for those selling their properties. Like any business, they need the best possible outcome and this issue is causing divisions in rural areas. Some argue that farmers can sell to whomever they want, others are appalled.

Last week, the government launched a consultation on how forests are managed through the National Environmental Standards for Plantation Forestry; Environment Minister David Parker and Agriculture Minister Damien O’Connor acknowledge the growing concerns about the growth and extent of exotic forestry and its environmental, economic, social and cultural impact on communities, including the conversion of entire farms to exotic forestry.

Hopefully the process moves quickly and isn’t weighed down by the cogs of bureaucracy while Rome – or perhaps radiata – continues to burn.

In the 1990s, New Zealand’s dairy boom began and continued, relatively unchecked, until it was realized that cow peak had indeed been reached. At that point, the damage was done.

The same could well happen with forestry, except that converting land from trees is a pretty tough prospect once you realize we’ve hit pine peak.

Who will languish then?