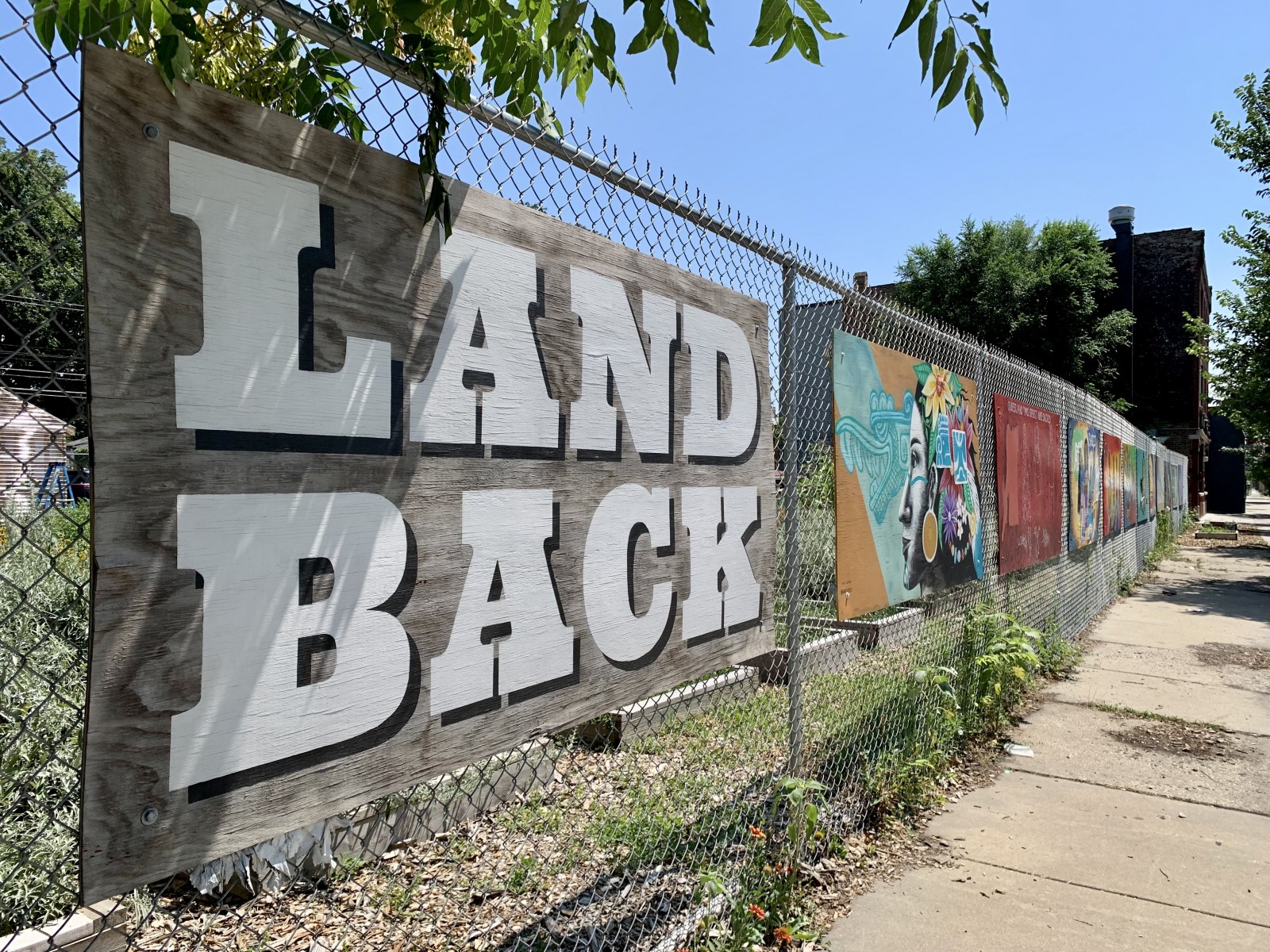 A constant struggle for recognition and respect

Living a Native lifestyle in an urban environment isn’t easy, even though roughly three-quarters of all Native Americans now reside off US reservations. About 70% live in metropolitan areas, according to the 2010 U.S. Census.

“In the city of Chicago, we’re not surrounded by Indigenous people,” says 23-year-old Anthony Tamez-Pochel, who identifies as a Cree and Sicangu Lakota First Nation. “If we were to attend a ceremony in the park, on the river or by the lake, people would stare at us or make comments or come and disrupt that ceremony.”

Tamez-Pochel, who once served as CNYC co-chair, says it was harder to honor their way of life on the streets of today’s Chicago before the First Nations garden was designed. The garden has grown from an agricultural center to a haven, home to indigenous youth and serving as a site for community gatherings, from celebrations to funerals.

“I feel like I’m really free, like I can really be myself,” says Tamez-Pochel. “I think it’s the spirit of the garden.”

Anthony Tamez-Pochel, who identifies as a Cree and Sicangu Lakota First Nation, is the former co-chair of the Chi-Nations Youth Council. (Photo by Gabriel Pietrorazio)

Since its founding in 2012, CNYC has worked to strengthen cultural and community connections among Indigenous youth and their unique affinities with “aunts” and “uncles” who are seen as leaders they can lean on. to steer them in the right direction. With the onset of the pandemic, in particular, this has involved meeting food security and health needs by providing emergency food baskets, medical equipment and garden boxes. Young people were even grocery shopping for their elders, some of whom were immunocompromised and fearful of leaving their homes and contracting COVID-19.

“It’s not uncommon for young natives to live with their aunts, uncles, grandmothers or grandfathers, taking care of them, because that’s what happened in the past,” says Tamez. -Pochel.

The group’s work was the subject of a case study in “Indigenous Youth as Agents of Change“, a report published last year by the United Nations Food and Agriculture Organization.

As Indigenous youth work to beautify the city and fight public health crises and climate change, their struggle for recognition and respect continues. Even after the vote of the city council land recognition he wrote in 2018, dedicated to the “indigenous peoples of Chicago and the Native American community who continue to practice tribal and cross-tribal traditions,” says Tamez-Pochel, many locals still don’t see them as friends, but as enemies. strangers.

A neighbor went to great lengths to heckle the group of native youths by changing their WiFi name to “Fort Schneidski”. This micro-aggression is superimposed on generational memories of land dispossession at their expense.

It’s a traumatic story that they’re still trying to reconcile by reminding their fellow non-native Chicagoans that the native people still call this city too.

An Indigenous town, in name only

The forced displacement of more than a dozen tribes by treaties and warfare foreshadows the founding of the city. This was not a single sweeping erasure, but one that the settlers slowly erased over the decades.

This process began with the Treaty of Greenville in 1795, which ceded land at the mouth of the Chicago River. He allowed the United States to build Fort Dearborn along the same waterway in 1803 to “plant a foot in Indian country,” says Ann Keating, professor of history at North Central College and author of “Getting Out of Indian Country: The Battle of Fort Dearborn and the Birth of Chicago.”

This was part of the federal government’s westward expansion plan to move away from the densely populated east coast into the uncharted territories of the Midwest particularly prized by the Potawatomi and Sauk peoples. Their women grew crops on the fertile soil and traded with travelers heading west of the Mississippi River.

“I think the Black Hawk War accelerated the process of expropriating land from Potawatomi, but it was already underway at the time of the Sauk War,” Keating said. “When they came back east to find that the settlers had built houses and barns and were cultivating their fields, that’s what started the war.”

When the Sauk women returned from the village of Saukenuk to harvest corn and found their native lands reoccupied east of the Mississippi, Chief Sauk Black Hawk mustered an army of 1,200 and war in the United States in the summer of 1832.

The leader of the resistance is captured, but the war gives birth to a new city: Chicago, which comes from an Algonquian term”Shikaakwa.” The origins of the word have many meanings and interpretations, from legends of a skunk that devoured humans to smelly leeks and onions that grew along the swampy shores of Lake Michigan.

The Second Treaty of Chicago, signed in 1833, forced the Potawatomi, Odawa, and Ojibway tribes to cede all land in northeastern Illinois and southeastern Wisconsin. They retained an Aboriginal name, but erased the footprints of their first occupants when the city was incorporated in 1837.

Two centuries later, the recognition of the Tamez-Pochel lands in 2018 paved the way for their First Nations garden to blossom into a rare place where young Chicago natives can proudly reconnect with their agricultural heritage.

“That’s what our ancestors did hundreds of years ago,” says Tamez-Pochel. “Just the natives continue to practice our culture with what little access we have to land in the city of Chicago.”

Once the native populations died out, Keating says the U.S. General Land Office surveyed and turned land acquired by treaty into real estate, fueling a boom in lot speculation. But these displaced people never imagined returning to the same city that displaced them in the first place.

Department of Lands and Natural Resources