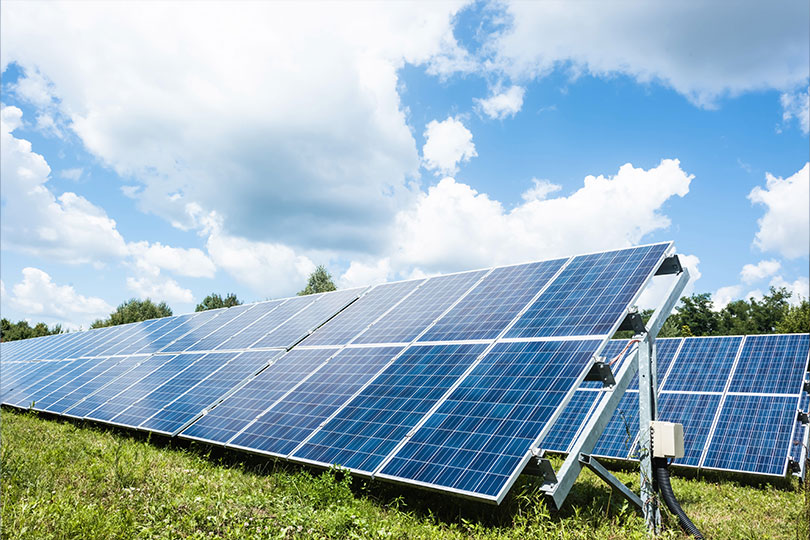 Forum focuses on solar projects and foreign ownership of farmland

Hot topics in agriculture are solar energy and foreign ownership of farmland. Both issues were highlighted at a Texas Farm Bureau forum last month.

“These are growing problems across the state, and they have a lot of moving parts. Rising energy demand, school finances, land use, shrinking farm acreage – it’s all important to Texas, and we want our members to be better informed on these topics,” said said TFB President Russell Boening.

About 70 members and landowners attended the forum at the TFB Conference and Training Center in Waco and about 200 participated virtually.

Solar energy
Solar power has seen rapid growth in Texas, and it is expected to continue because Texas is one of the easiest states to deploy solar resources, according to Texas Public Utility Commission (PUC) commissioner Will McAdams.

The cost of solar panels and products is now cheaper than producing natural gas, he said.

Eastern regions of the state have the greatest potential for solar growth, and installed capacity in western regions is expected to triple by the end of 2023, according to PUC data.

An overview was provided on Chapter 313 tax abatements used by solar projects by Will Counihan, Director of Data Analytics and Transparency at the Texas Comptroller’s Office. Chapter 313 is an economic development program under the state tax code to trade the assessed value of property for promised job creation. It’s a tool that school districts have used for a long time, but it’s due to expire in December.

Counihan noted that most solar projects are installed in rural areas due to land availability and fewer limitations in rural school districts.

He said only 44 agreements have been fully certified and executed so far this year.

The deadline for signing an agreement between the applicant and the school district is December 31. If it is not respected, these agreements will be terminated.

“We expect a significant number of agreements to be terminated,” Counihan said. “We don’t normally terminate deals, but we expect there will be dozens, if not hundreds, of deals that will be terminated this year simply because they’re out of time.”

“It will be important that if you are approached by a landowner that you have someone who is knowledgeable to go through the lease and make sure you get everything you are entitled to,” said Rusty Rumley, attorney. senior. with the National Agricultural Law Center, said.

Solar leases are generally much longer than traditional agricultural leases and can range from 25 to 40 years.

Rumley pointed out that not all leases will turn into solar projects, so it’s important to make sure the lease doesn’t give away other rights, like building a wind farm.

For more information on solar leases, contact an attorney or the National Center for Agricultural Law at nationalaglawcenter.org.

In Texas, there are no state laws restricting foreign ownership or investment of land, and the Lone Star State has the largest acreage of foreign ownership at 4.7 million acres, mostly owned by Canadian investors.

Maine has the second largest land area at just over 3.5 million acres, and Alabama comes third at 1.8 million acres.

The states with the largest increases in acres of farmland owned by foreigners in 2020 were Oklahoma with an increase of nearly 383,600 acres. Texas saw an increase of approximately 287,000 acres and Colorado an increase of more than 286,000 acres.

These three states combined recorded 39% of the overall acreage increase between 2019 and 2020.

Canadian investors have the largest acreage, followed by the Netherlands, Italy, the United Kingdom and Germany.

Chinese investors own just 352,140 acres of US land, representing just under 1% of total foreign ownership.

Watch the recording
The recording of the forum can be viewed at bit.ly/solarforumrecap.