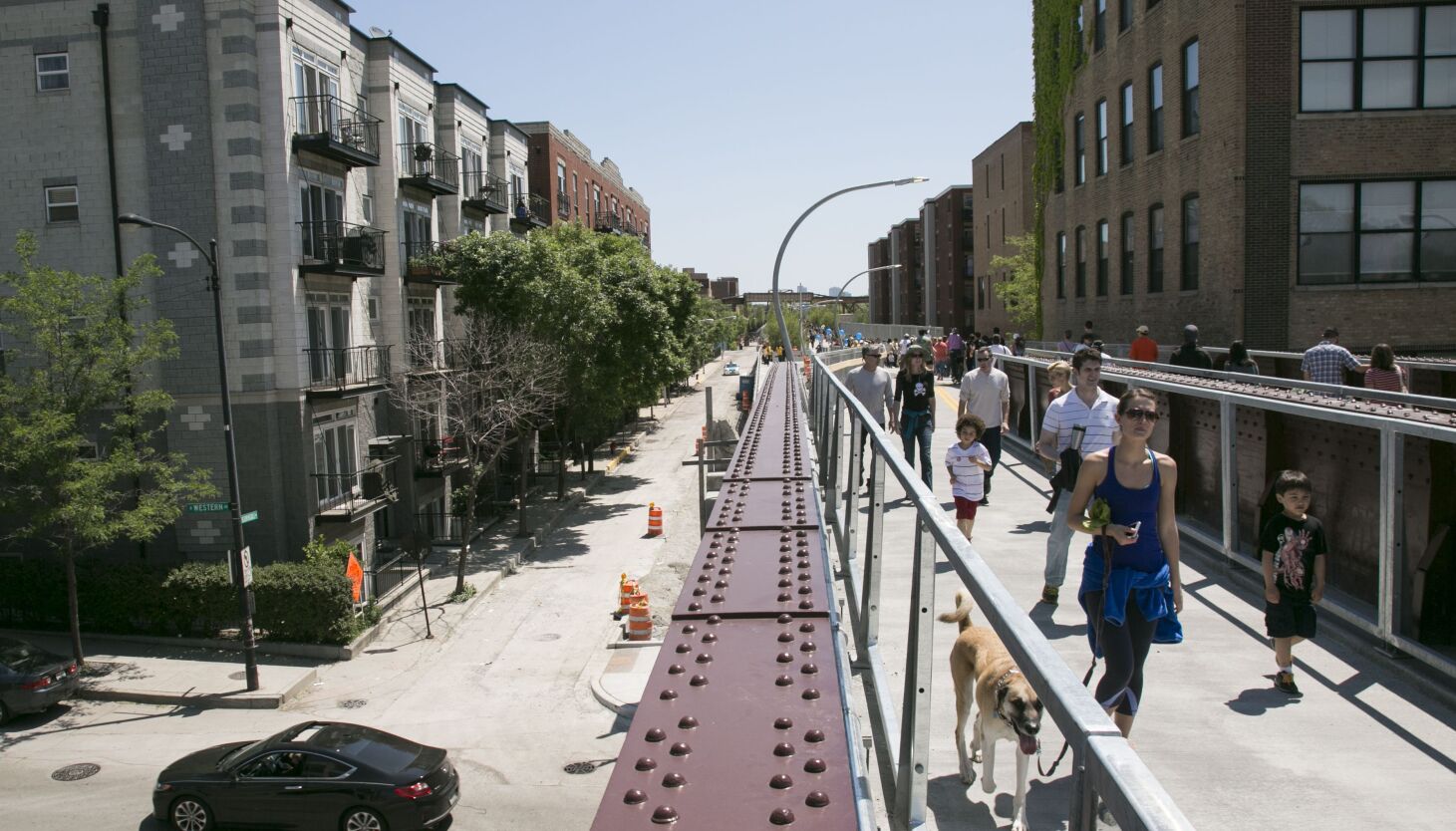 Developers who demolish single-family homes or multi-unit buildings in Pilsen and neighborhoods along the popular 606 trail will be penalized for at least two more years, under an extension brought forward Monday after rave reviews for the pilot.

Critics have accused the city of “stealing equity” from people who “have withstood tough times”. They argued that the targeted plan would strip homeowners of their constitutional guarantee of equal protection under the law.

On Monday, Housing Commissioner Marisa Novara called the pilot program a resounding success and convinced the city council‘s finance committee to extend demolition fees in both areas until April 1, 2024.

In the year since the levies were imposed, there was an 88% reduction in demolitions near Trail 606 and a 25% drop in Pilsen.

Despite fears that a parade of developers will simply eat up the relatively small penalty as a cost of doing business, there have only been three demolition permit applications in the 606 area and five in Pilsen.

Together, the eight claims generated $120,000 in demolition costs.

“If the purpose of the surcharge was to deter some demolitions and, where we can’t deter them, to raise money for affordable housing, then it seems to be doing both,” Novara said.

The commissioner noted that $120,000 in demolition costs is “not a lot of money.” But, “in the context of the Chicago Community Land Trust, where those funds are going, it’s actually important,” she said.

“That means four more opt-in owners can be covered based on that fee,” Novara said.

Logan Square Ald. Carlos Ramirez-Rosa (35th) acknowledged that many neighborhoods have seen a drop in demolitions during the pandemic. But the decline was more pronounced in pilot areas, he argued.

He called it “shocking” that the city has so far allowed — and even “encouraged” — developers to demolish “more than 10 to 15 percent” of properties in some neighborhoods.

“There are so many vacant lots on the south and west sides that need to be developed. There is no reason for developers to come and demolish a pristine two-to-four apartment in Logan Square or Pilsen when they could develop land that is currently vacant,” Ramirez-Rosa said.

Anti-deconversion ordinances “protect density” by making it harder for landlords and developers on certain blocks to turn their multi-unit buildings into expensive single-family homes.

“The demolition costs…have worked very well. … In our community – with very few exceptions among real estate agents and speculators – the community has seen, with optimism, that these policies will help protect… [not only] density, but also affordability,” Sigcho-Lopez said.

“We can’t fall for this argument that somehow that $15,000 demolition fee will impact the small owner. [for the] worse. This will be useful for the small owner or the elderly person we are trying to protect.

The Finance Committee also agreed to spend $3.5 million in tax-raised funding funds for parking, traffic signals, pavement and pedestrian improvements needed to pave the way for the conversion of the former Morton Salt shed, 1357 N. Elston Ave., into a 4,000- concert hall with its own catering space.

The famous Morton Salt “Umbrella Girl” logo will remain, thanks to the landmark status that paved the way for developers to receive lucrative Class L tax credits.

Also on Monday, the finance committee signed two settlements: $450,000 to compensate the family of a 66-year-old man killed in April 2017 after colliding with an unmarked police vehicle driving through Roseland; and $175,000 from a July 2017 accident involving a city employee and a woman who suffered “severe and permanent injuries.”