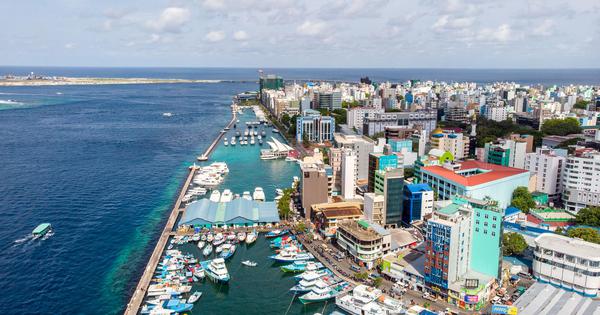 In the tropics, the deep sea is cold and the sea surface is very warm. This temperature difference can be exploited and converted into electricity. If we can improve the technology, this method of generating electricity could be a boon for island nations that depend on expensive and polluting diesel for their electricity.

For more than a century, researchers have explored the idea of ​​ocean thermal energy conversion. There is nothing fundamentally new in the idea of ​​extracting energy from temperature differences. In fact, the underlying technology is similar to how coal, gas and geothermal power plants create electricity, using steam to spin a turbine.

The challenge is to find the right place, where the temperature differences are worth it. This means relatively close to the equator – think north of Papua New Guinea, the Philippines and off the coast of southern Japan.

Currently, pilot plants can only produce a fraction of what a large wind turbine can produce. But on the plus side, ocean thermal power plants can produce electricity around the clock.

These plants operate by passing low boiling point liquids, such as ammonia, through a closed loop. The heat from the hot seawater (between 20 degrees Celsius and 30 degrees Celsius) heats the liquid until it turns to steam and can be used to spin a turbine. Then the vapor is exposed to cold seawater (about 5 degrees Celsius), which turns it back into liquid so the cycle can continue. To get this cold water, these plants have pipes extending up to 600 meters into the deep sea.

The advantages of the system are clear: it is a closed loop, heated and cooled by heat exchangers without releasing the fluid into the ocean. And it’s available anytime, unlike the well-known intermittency challenges of better-developed renewable technologies like solar and wind.

The downside is that right now the technology is not ready for prime time. A pilot plant in Hawaii installed by Makai Ocean Engineering in 2015 has a capacity of 100 kilowatts. That’s 20 to 30 times less than a typical wind turbine in operation, or the equivalent of around 12 solar panels on homes or small businesses in Australia.

The main technical challenge to overcome is access to the large volumes of cold seawater required. The Makai pilot uses a one meter diameter hose that plunges 670 meters into the depths of the ocean.

To upgrade to a more useful 100-megawatt plant, Makai estimates the pipe would need to be ten meters in diameter and up to a kilometer deep. This type of infrastructure is expensive and must be built to withstand corrosion and cyclones.

If the factories are built offshore, the cost of the transmission lines adds to the overall expense. Makai estimates that 12 commercial-scale offshore power plants could cover Hawaii’s total electricity needs.

If ocean thermal energy conversion plants can be built large enough, the cost will decrease. But there is also another challenge. To approximate the costs of wind and solar power – now as low as 1 to 2 cents per kilowatt hour – ocean thermal power plants would need about four Niagara Falls of water flowing through the system at any one time.

Why is such a volume of water necessary? In short, a thermodynamic bottleneck. The physics of any energy conversion means that it is impossible to convert all thermal energy into mechanical work like turning the turbine. This question of efficiency is a real challenge for ocean thermal power plants, where the energy conversion process has a relatively small temperature difference between warm seawater and cold seawater. In turn, this means that only a very small percentage of the thermal energy of seawater is converted into electricity.

Although these plants cannot compete with wind and solar in large continental markets, they could play a role for the small island states that dot the Pacific and the Caribbean, as well as for islands far from the main grid, such as the Norfolk Island or many small states. Indonesian islands.

Island nations, in particular, tend to have high retail electricity prices, low electricity demand, and reliance on imported diesel for power generation. Researchers from Korea and New Zealand have argued that ocean thermal energy conversion could be a viable source of baseload power for island states – but only after several pilot plants are built to help perfect the design. larger power stations.

If I were tasked with helping an island state produce its own clean energy, I would first look at geothermal energy, a more mature technology with better economics. Indeed, the areas most favorable to ocean thermal energy conversion plants generally have significant potential for geothermal electricity, produced by drilling wells on land and using high-temperature fluids from those wells.

Yet ocean thermal energy conversion could play a useful role in addressing several challenges at once. Take the cooling. You can take the cool seawater and use it as a form of air conditioning, as two resorts in French Polynesia do. You can also use this cool water in aquaculture to grow cold water fish like salmon, or to keep surface water cool during marine heat waves threatening fish farming in New Zealand. It may even be possible to use ocean thermal energy conversion plants to produce hydrogen as an export product in small island states.

To meet our urgent emission reduction goals, it is worth exploring all renewable energy options.

We should not give up ocean thermal energy conversion just yet. At this point, however, it is difficult to see how ocean thermal power plants can become competitive with more established renewables, such as wind, solar, and even geothermal, given the vast volumes of cold seawater. required. File it under “has potential, but needs more work”.

Rosalind Archer is a professor at Griffith University.

This article first appeared on The Conversation.