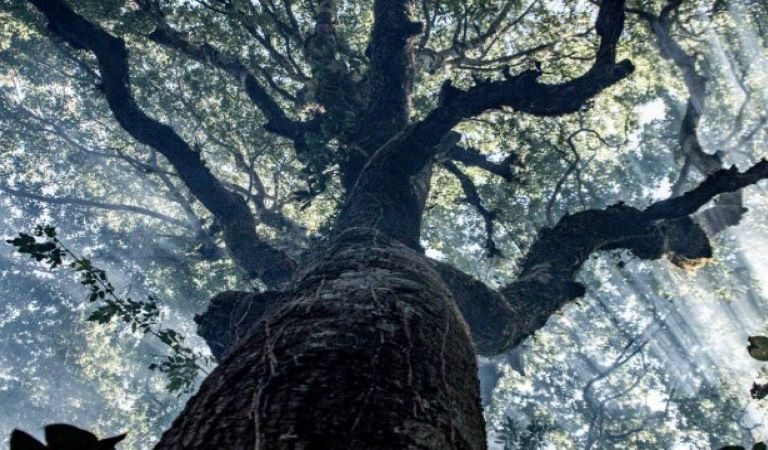 Fires in El Salvador are spreading further and lasting longer than in previous years, threatening protected areas and reforestation efforts across the country.

As it enters the peak of its dry season, El Salvador is seeing the rate of fires, many of which are bushfires and forest fires, almost triple from the previous year, according to national agencies. At the end of February, a rareRed alertwas announced in response to excessive heat, winds in excess of 50 kilometers per hour (31 miles per hour) and a lack of precipitation.

“A red alert for fires is not very common here. We may have reached an orange alert [previously]. But not red,” said José Maria Argueta, program director for the Mangrove Association, a local NGO. “This year, there are too many fires. There are more trained personnel but the fires have increased so the country was simply not prepared for this.

A total of 2,958 hectares (7,309 acres) of land burned in January and February, according to at the government department. Other sources give an even higher number. The fires have not been confined to one area, but rather have been felt across the country – sometimes in places that are not usually threatened.

At the end of February, more than 100 staff Multiple government agencies were needed to put out a fire in the Chilanguera Protected Natural Area, outside the town of San Miguel.

Between January 31 and February 20, 21 forest fires were recorded in protected areas or buffer zones designed to isolate them, according to to the country’s Ministry of Environment and Natural Resources (MARN).

“The rangers and all the entities that have dealt with these incidents are working around the clock,” Minister Fernando López said in a February statement. “We recognize all of their efforts.”

Many fires are the result of subsistence activities such as hunting, which often involves setting fire to dry brush to drive animals away, as well as slash and burn agriculture. Farmers clear forests and burn vegetation to improve soil fertility, but can easily lose control of the flames in high winds.

“Everything is dry,” Argueta said. “The undergrowth is dry. Some people prepare land for planting sugarcane or other crops. They do their burning and sometimes that burning is not controlled. And with the breeze, it moves to protected areas.

One of the purposes of the red alert is to prohibit residents from burning under these conditions, or at least to make them think twice about the precautions they took before clearing the land.

El Salvador devotes about 1.2 million hectares (3 million acres) of land to agricultural activity, just over half of its total land area, according to the Food and Agriculture Organization of the United Nations. farming (CAM). By comparison, forests are only 588,380 hectares (1.45 million acres).

This disparity in land use is partly the result of the country’s decision to rely on agriculture during a period of post-civil war economic recovery that lasted throughout the 1980s and into the early of the 1990s.

But like other Central American countries, El Salvador has also suffered from the expansion of the “dry corridor”, a part of the region which, over the past two decades, has seen an increase in extreme weather events linked to the climate change. The drought has been one of the most persistent, with much of El Salvador’s interior feeling the effects, according to the CAM.

For some conservationists today, it is not only a question of destroying reserves and protected areas, but also areas in restoration of degraded soils and forests, sometimes representing decades of work lost in a few days. .

“A lot of the forests that are emerging and supporting biodiversity are a product of post-war recovery,” Francisco Álvarez, of Fundación Naturaleza El Salvador, told Mongabay. He said these forests are often private lands that some organizations are trying to restore and protect with local communities.

When these areas burn, Álvarez explained, in some parts of the country, forest owners are less likely to protect the remaining forest, instead taking advantage of the burnt land by planting new crops. 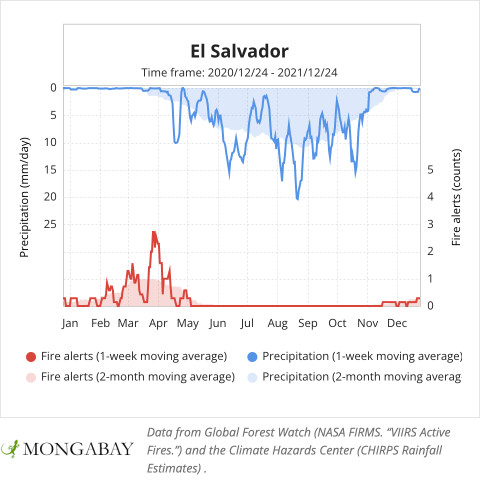 While some local governments have put in place fire programs and warning systems for farmers considering slash-and-burn farming, many lack the funding and resources to train staff or communicate appropriately with residents.

As a result, most of the work to stop the spread of wildfires currently falls to national agencies. But even these are plagued by funding shortages.

Last year, President Nayib Bukele announcement that firefighters would receive a monthly bonus of $200 in addition to improving the station’s infrastructure and providing them with additional supplies. Some conservationists wonder if these improvements are keeping pace with soaring fires this year.

Firefighting protocols also need to be revised, according to many residents and conservationists. Staff often fail to reach fires in time and do not take appropriate measures to prevent their spread, such as creating firebreaks.

MARN and the El Salvador Fire Department did not respond to a request for comment for this article.

One problematic regulation is to issue an alert to local farmers when winds blow at 40 km/h (25 mph), but not if they blow at 39 km/h (24 mph), despite the conditions being virtually the same.

“It almost sounds laughable, doesn’t it?” said Marroquin. “These are really the regulations promoted by government institutions. From our perspective, they need to take a more serious approach.

FEEDBACK: Use this form to send a message to the author of this message. If you want to post a public comment, you can do so at the bottom of the page.

The battle against invasive French broom | Home and garden