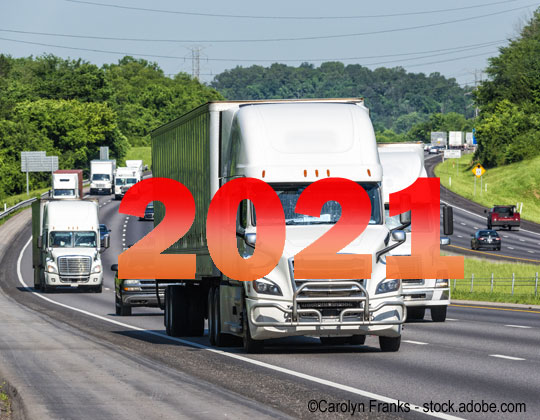 Driver retention was the surprising front page story of 2021

At first it didn’t seem possible. It was hard to believe what we had just heard. In March, during her nomination hearing to become Assistant Secretary for Transportation, Polly Trottenberg answered a question about the so-called truck driver shortage by focusing on the key issue at play.

â€œI come from a town where we get over 90% of our goods by truck,â€ Trottenberg said. â€œWe certainly recognize how critical this is to industry. We will work with you not only on recruiting drivers, but also on retention. I know that one of the challenges in the trucking industry is that drivers often come in for training and then it is difficult to retain them.

His comments echoed the Owner-Operator Independent Drivers Association’s position on the issue. In short, pay the drivers for their time not only on the road, but also waiting for loading and unloading and treat them well. Do it and there will be no â€œdriver shortageâ€.

It sounded like a fluke. Did anyone else in the White House know what she was saying? But then new Transportation Secretary Pete Buttigieg made his “leaky bucket” comment on the issue at a trucking roundtable in July. They doubled the concept.

It doesn’t matter how many people the industry recruits to be truck drivers if the industry is set up in such a way that most of them get kicked out, Buttigieg said.

“It strikes me that another way of looking at it is something like a leaky bucket, and that no matter how many people we dump into the industry for a while, it won’t do much for us. unless the jobs are reliable enough, secure enough and stable enough that people want to stay in the industry, â€Buttigieg said.

When Meera Joshi, Acting Director of the Federal Motor Carrier Safety Administration, spoke to the OOIDA board at its fall meeting in November, the focus remained on driver retention. She advocated for ways to quantify the driver’s experience on the road, detail their working life and determine how this affects road safety. What percentage of a driver’s work week is unpaid time, she asked.

The mainstream media is starting to listen as well, and that’s part of why I think driver retention was the biggest story of 2021. That’s my call despite the other big stories of the year:

The devil is in the details, of course, so OOIDA and its members need to be involved in the driver retention discussion. However, there appears to be an opportunity to make positive and significant changes for the benefit of professional truck drivers. LL