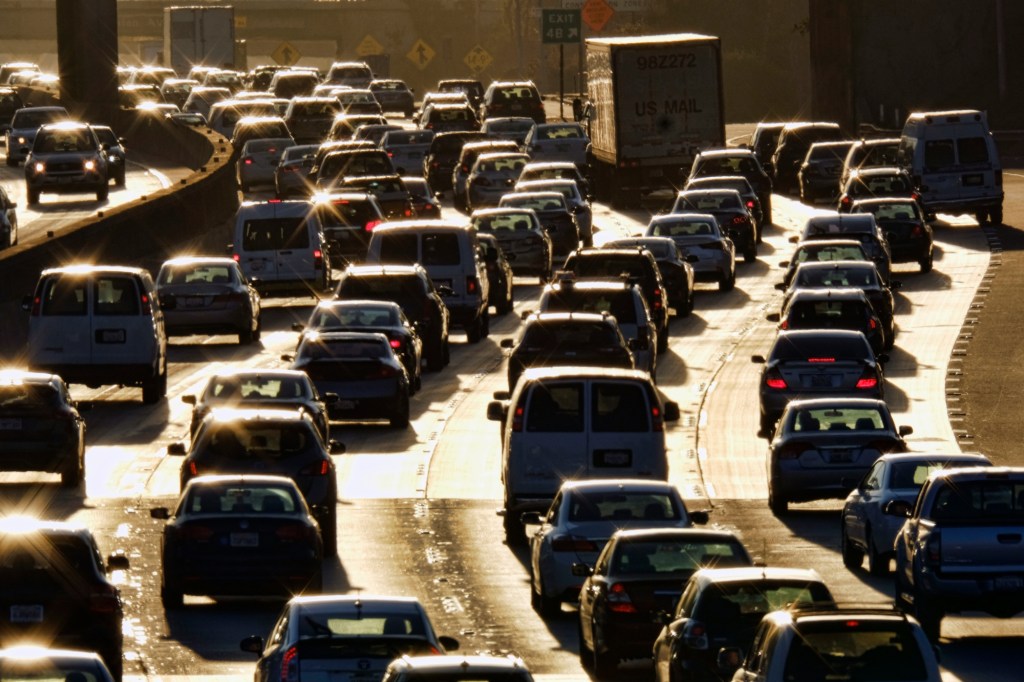 The California of today rests largely on a dream of the past. A century ago, when only 3.4 million people lived on abundant and relatively cheap land, a sprawling landscape emerged thanks to the widespread ownership and use of cars. But now, nearly a dozen times as many people live in the Golden State, and the Californian dream is in danger of becoming a nightmare.

Today, most Californians have little choice but to travel, as most places are designed to reward driving and punish its absence. Housing choices are also shrinking, as most homes are single-family (with garages and driveways that often take up more land than the house) and financially out of reach for more and more Californians each year. Most companies are surrounded and separated from each other by public car parks. And much of the state is dotted with noisy, polluting, and increasingly congested highways, many of which pass through underserved communities.

The predictable result is that most people make most (more than eight out of 10) of their trips by car, while those who don’t, who are disproportionately black and Latino, are increasingly left behind. . Policies favoring driving over other means of travel have for decades received little scrutiny, even as many of our metropolitan areas have grown to the point where traffic congestion is now endemic. It’s no wonder the transportation sector accounts for more than 40 percent of all state greenhouse gas emissions, and cars for about three-quarters of that.

If we want more options for getting around, more choices for affordable housing, and to meet our climate goals, we need to change course. But how? As part of the California 100 initiative, which aims to develop a vision and strategy for the state’s next century, colleagues and I at the UCLA Institute of Transportation Studies sifted through tons of data and researched and spoke with a wide range of public experts. and the private sectors.

Our analysis found that California’s reliance on sprawling, low-density development, with its wide streets and highways and ubiquitous free parking, forces most Californians to use cars for nearly all of their trips, which they own whether or not a car or whether they want to drive as much. Building primarily around the car consumes a lot of land, costs a lot of money, and generates a lot of emissions. Devoting so much developed land to parking diverts it from more productive uses, such as providing much-needed housing. Indeed, our diverse panel of interviewed experts primarily called for metropolitan and transport planning to become more urban and shift to a less sprawling, car-dependent future.

What would such a change entail? In the centers of the largest cities, we must reduce the importance of cars by increasing commercial and residential densities, reducing or eliminating government parking mandates, and improving public transit. Driving should become one option among others, as more travelers can easily walk and take public transport to nearby destinations. Decentralizing cars in city centers can make cities more sustainable, accessible and vibrant. And, if enough urban housing is built, it will also help make cities more affordable.

Beyond the state’s urban cores, suburbs will need to fill in rather than expand further into fire-prone areas. Most people will continue to own cars and drive them to such places, but adding denser housing, improving walking and cycling infrastructure, removing mandates that require developers to provide more parking spaces parking than necessary (the high cost of which increases rents) and by slowing traffic speeds. can make it easier and safer for people to comfortably get at least some of their trips by means other than the car.

Even in small towns and rural areas, new developments should be built to make it easier for people to park once and walk to multiple destinations, rather than driving from parking lot to parking lot in strung developments along the roads. Innovations in carpooling and “on-demand” transit could also provide residents with travel options in these locations.

It’s time for a new California dream. Instead of a one-size-fits-all model of land and transportation development, we need more travel choices and variety of housing. We are overly dependent on driving in California, to the detriment of those who do not have the means or the ability to drive. All residents deserve to be able to get around easily.

Freeing Californians from having no choice but to live in places where driving is pretty much the only way to travel will create a more diverse, affordable, sustainable, and opportunity-rich California dream for the next century. Changing the patterns of the last century won’t happen overnight, but the best results we hope to achieve in 30 years – with less land devoted to driving and parking, more land for housing and more alternatives to driving – will be driven by the decisions we make (or don’t make) today.

Brian D. Taylor is Director of the UCLA Institute of Transportation Studies (ITS) and is a lead author of the California 100 Future of Transportation and Urban Planning Report on Future Policies and Scenarios. ITS researchers John Gahbauer, Jacob Wasserman, and Juan Matute contributed to this article.

BJP real alternative to DMK in Tamil Nadu; there is no Dravidian ideology, says K Annamalai