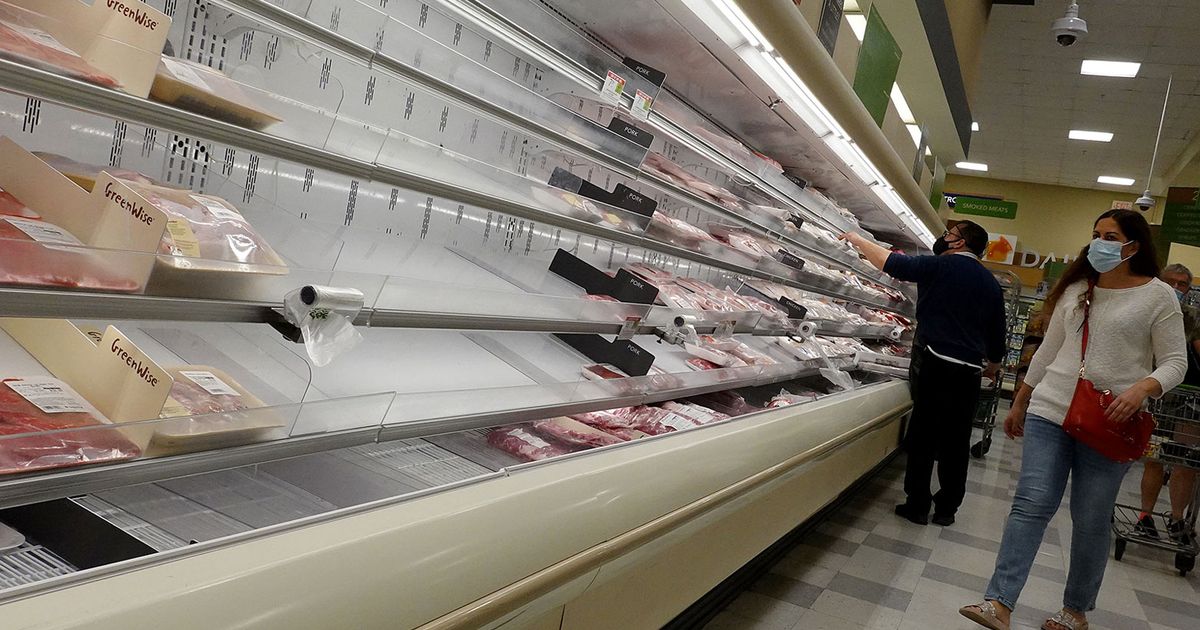 Does being a land of plenty make us a land of good?

Last week it was peanuts. Unsalted, roasted in the shell, to be exact.

But lately, it’s always something, a mundane commodity that suddenly isn’t in stores anymore. Strawberries. Peppers. Ground turkey. And Lord, don’t even get me started on Ore-Ida Golden Fries.

Before, I liked to go shopping. Weird, but true. In fact, I liked it so much that I once wrote a column about how foraging at the local warehouse satisfied a primitive male need to hunt and gather.

But in this age of supply chain disruption, shopping feels less like an act of manly provision and more like an exercise in national mortification. Once upon a time, being an American meant feeling impervious to the forces of supply and demand. Oh, sometimes you might have to pay more, but if you wanted something, by God, you could have it. There was always enough. Indeed, having enough – and more – was a sacred national right.

Until that is no longer the case.

Those who stood in line for hours for gasoline during the energy crisis of the 1970s may recall that behind the annoyance felt there was also a sense of disbelief, even betrayal, as if a fundamental law of the universe had been violated.

Out of gas? How could anyone be out of gas? It’s America. We are never over anything.

Replace Ore-Ida Golden Fries with unleaded, and that timing is about the same.

There is a scene in Robin Williams’ 1984 film “Moscow on the Hudson” where a group of Soviet artists visiting New York are allowed half an hour by their KGB handlers to shop at Bloomingdale’s. These drab, gray Moscow citizens burst into the gleaming temple of American capitalism – Clinic! Jordache! Calvin Klein! – like children dropped into Santa’s workshop, swarming over a rack of bluejeans like hungry teenagers making pizza. Even the KGB man is not immune. “My God,” he breathes happily, “what decadence!”

This scene opened in me a primal, patriotic pride. It seemed to validate every lesson I had ever learned about my country’s exceptionalism. America was a land of plenty and, therefore, a land of good.

But things are – as the film itself soon shows – more complicated than that.

America remains a land of plenty, of course, but the current shortages are an affront to any sense of sacred national law. It turns out that this ability to have anything, anytime, is sufficiently fragile to be destroyed by trucks idling or unruly virus.

Maybe it’s not the worst thing to remember from time to time. As often observed, Americans use more than their share of Earth’s resources. We are home to less than 5% of the population but use 24% of its energy, with impacts also on the excessive food, water and the environment.

Meanwhile, sea levels are rising, the planet faces 100-year floods and droughts, and, as is so often the case, the poor are the first and worst to suffer. If not finding your favorite brand of fries is frustrating, what’s the word for not finding drinking water? And how long before this question, already relevant in other parts of the globe, finds its way home?

Maybe we should ask the good people of Flint. Or Jackson. One suspects their answers would provide a piquant commentary on the idea that being a land of plenty makes us a land of good.

If we are good, it is not by dint of what we have, but by what we do with it.