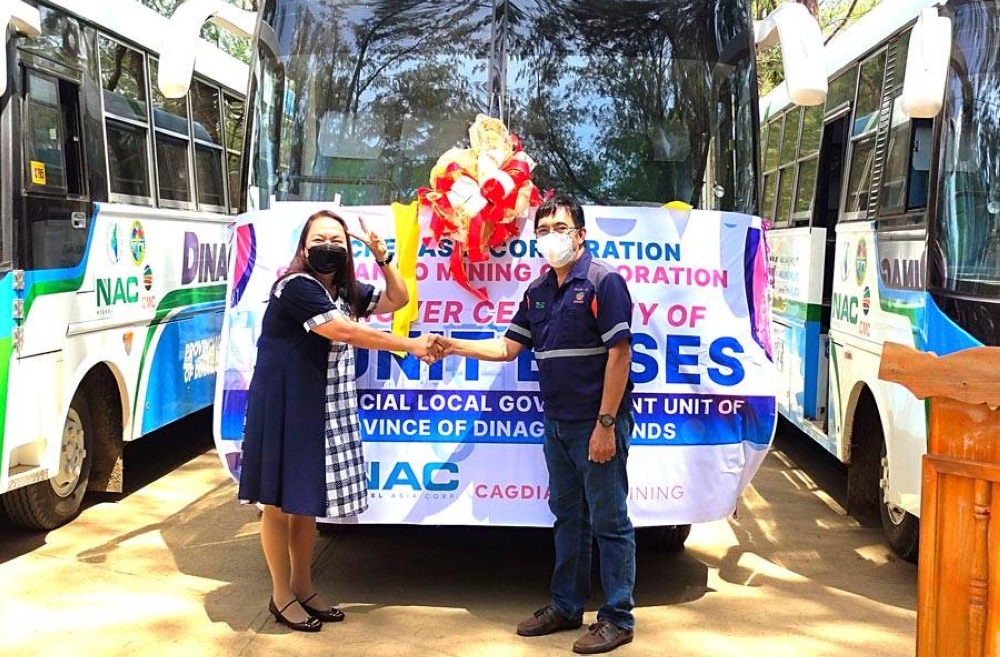 Dinagat Islands get first fleet of buses for public transport

The vision of the Governor of the Islands Province Dinagat Arlene “Kaka” Bag-ao to establish an efficient interconnected public transport system that connects seven municipalities in the island province is slowly coming to fruition with the support of Cagdianao Mining Corp. (CMC), a subsidiary of Nickel Asia Corp. (NAC), with operations in the barangay (village) of Valence on the island of Dinagat. CMC handed over three brand new bus units, supporting Bag-ao’s â€œDinagat Linkâ€, a transportation system that is part of a development program to efficiently transport people and goods.

Bag-ao said, â€œIt is not enough that we have roads, it is important that there is movement on these roads, a transportation system that will move people and products. And part of Bag-ao’s initiatives is the opening of road networks in the province which systematize its public land transport. The governor led the unveiling of a 19.2-kilometer access road in August 2020, a development project CMC initiated, as part of the mining company’s social responsibility programs. Bag-ao cites the social and economic benefits of opening new routes that now allow, for the first time, land travel for residents who relied solely on maritime transport. The governor says that efficient roads and transport system help ensure the sustainability of development initiatives undertaken by the government in partnership with the private sector. CMC donated a fleet of new 30-seat buses, amounting to 10.8 million pesos and bringing bus transportation to residents of the Dinagat Islands.