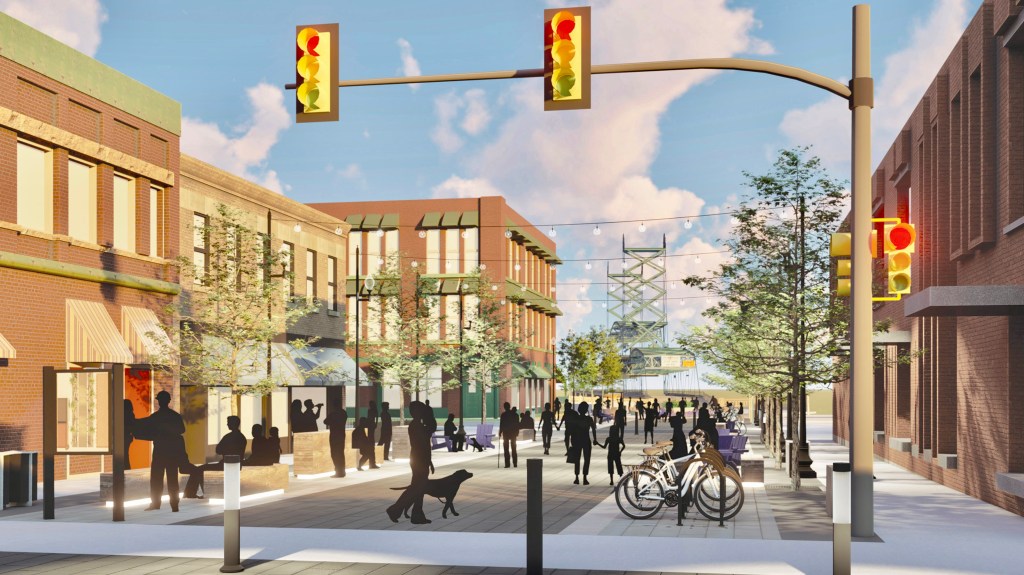 The discovery of contaminated soil at the Chestnut Street Plaza project site in downtown Stillwater could lead to delays and a $200,000 price increase, officials said Tuesday.

Soil soundings showed that the top 2½ feet of soil covering most of the project area was contaminated and needed to be removed, Community Development Manager Tim Gladhill told Stillwater City Council on Tuesday evening.

Construction of a new pedestrian plaza was due to begin later this year on the section of Chestnut Street between the Stillwater Lift Bridge and Main Street. The lift bridge was closed to vehicular traffic following the opening of the new St. Croix River Bridge in 2017.

Contaminants typically found in industrial areas, including petroleum, were found in the soil beneath the site, Gladhill said.

The contaminants “pose no imminent threat to the health of the public”, he said, but if soils are disturbed or exposed they will need to be removed. If there is no disturbance, the floors can remain in place, he said.

Additionally, no contaminants were found in groundwater, Gladhill said.

“That’s good news,” he said. “If that had been the case, that (price) would have gone up, and that would have really impacted how we run the project.”

Finding the contaminants will add another $200,000 to the total price of the project, bringing the estimated cost to $2.6 million, Gladhill said.

The Minnesota Department of Transportation, which owns the land, has committed $2 million to the project.

Stillwater City Council had previously instructed staff to plan to fund the remaining $400,000 through tax increases. There are enough dollars in the TIF fund — a pre-1990 pool account — if the board decides to allocate another $200,000, Gladhill said.

City officials may want to lobby the Minnesota Legislature and request that the additional funds be included in this year’s bail bill, Gladhill said.

Managing the contaminated soil could delay the project until 2023, Gladhill said.

The board on Tuesday night approved plans to pay an additional $60,000 in design fees to revise plans and meet requirements under a cooperative construction agreement with the MnDOT.

Mayor Ted Kozlowski encouraged city staff to work with MnDOT officials on the final price for the remediation.

“We don’t own the land, so why would we pay to do the mitigations?” said Kozlowski. “Let’s try to figure this out. They own it. I don’t know why we would pay to clean a property that we don’t own – it just doesn’t make sense to me. We have a cost share. Paying for half the upgrades makes sense, but paying for the dirt underneath doesn’t.

Since the MnDOT is responsible for the lift bridge’s continued operation and maintenance, MnDOT maintenance crews and public safety vehicles must be able to access the area, MnDOT’s Adam Josephson told Pioneer Press in 2021. That’s why the agency allowed the conversion to a pedestrian plaza under the terms of a lease rather than a transfer of ownership, Josephson said.

Delta passenger Michael Demarre tried to open emergency exit so he could be caught on camera talking about covid vaccines, feds say