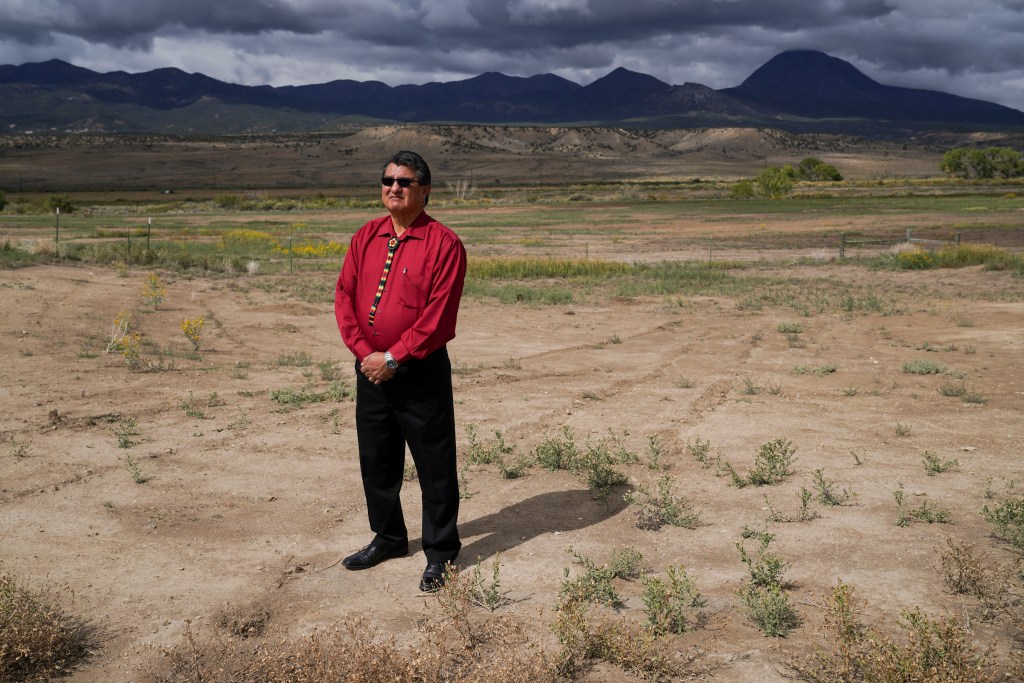 On two occasions this year, Manuel Heart, president of the Ute Mountain Ute tribe, met with the new US Secretary of the Interior, Deb Haaland. Not once, he said, the first native american woman To fill a federal Cabinet position, mention his intention to move the headquarters of the Bureau of Land Management to Washington, DC, from Grand Junction.

This is just the latest disconnect between the federal government and Indigenous peoples that spans generations, Heart said of the mid-September decision. He doesn’t feel like he and his people have a seat at the table of the federal government, which in this situation controls the tribe’s hunting, fishing and gathering rights on federal lands and any petroleum rights, gas or mining.

Representatives from the Southern Ute tribe also said they had not been involved in the conversation about the future of the BLM.

“We just have to learn to adapt,” Heart said. “This is what we have been doing for years. Tribes have always had to adapt to whatever the federal government does.

A representative of the US Department of the Interior – which oversees the BLM – told the Denver Post that the two agencies place a high priority on consultations with the tribes, but that they could not recall whether Haaland, a member of the tribe Laguna Pueblo, had previously discussed the upcoming move with the Colorado tribes. BLM representatives did not respond to requests for comment.

Former President Donald Trump announced in 2019 that he would move the BLM headquarters to Grand Junction, a change Peter Ortego, general counsel for Ute Mountain Utes, viewed with cautious optimism. Too often, the wants or needs of its people are referred to DC officials, where the case is blurred or lost from an “urban perspective,” he said.

The hope was that BLM officials would be more accessible when based in Grand Junction and have a better understanding of the Ute Mountain Utes and other tribes who were forced decades ago to settle on lands of the American West, Ortego said. The majority of the 574 federally recognized tribes live in the west, added Heart, closer to Grand Junction.

Since 1874, the Heart tribe has made a deal with the federal government granting members permission to hunt, fish and gather timber, fruits, vegetables and medicinal plants on more than 3 million acres – including BLM lands – in and around Southwestern Colorado. Families depend on what they can kill, catch and collect there.

The tribe, which has 2,116 members in southwestern Colorado and northwestern New Mexico, negotiates access to these federal lands, but the office also serves as an arbiter between the tribe and private landowners, Heart said, adding that the tribe negotiates and communicates with the agency several times a year.

BLM officials and the Heart Tribe have met at least twice since the move from Grand Junction – once to discuss a sale of private land that would affect hunting rights, and another time when members of the tribe wanted permission to hunt on a private ranch.

Southern Ute Tribe spokesperson Lindsay Box said her staff also often work with the BLM. While the tribe is adept at “navigating the red tape,” federal agencies that deal with Native American tribes are under-resourced and staffed, which Box says “significantly delays progress in many tribal communities.”

But the office got off to a bad start in Grand Junction, Ortego said, because over 87% of employees in DC resigned or retired. Only three employees currently work at Grand Junction.

Without staff, the BLM’s connections, expertise and institutional knowledge are lost, Ortego said. And then the pandemic forced most government business to be conducted online.

“Due to COVID… the dynamic was probably not as widespread as it would have been,” he said.

Even before Congress approved President Joe Biden’s appointment of Haaland, she told newly-elected Senator John Hickenlooper that she would assess whether to keep the office seat at Grand Junction.

Interior spokeswoman Melissa Schwartz said the BLM held an “official nationwide consultation” in July on the potential relocation, but said the agency was not disclosing which tribes were assisting. at nation-to-nation meetings. Transcripts of those meetings don’t exist either, she said.

Transcripts are available various tribal consultations that the Home Office held in March, though none of them indicate that the office’s future was a topic of discussion.

Schwartz first told The Post that Haaland discussed the “location and function” of the BLM headquarters especially with the Ute Mountain Ute and Southern Ute tribes. But after tribal officials told the Post that Schwartz was wrong, she said she couldn’t be sure the topic was brought up.

Heart said Haaland didn’t mention BLM’s move to her during his July visit to Colorado, or when he met her. in April at Bears Ears National Monument in Utah.

Likewise, Box said that when members of her tribe met the secretary in Colorado, she gave “no indication or mention of the return of BLM’s office to Grand Junction in Washington, DC.”

Melvin Baker, chairman of the Southern Ute Tribe, said he did not anticipate the latest reorganization will harm his tribe. Box said the office still has an office in Durango.

The tribes will have to continue negotiating with the BLM, Heart said, but “it would have been nice if the Home Secretary had contacted the tribes and asked for our advice. She didn’t really warn us about it, we come to find out after the fact.

The office’s Grand Junction office will remain open and Colorado officials like Gov. Jared Polis have said they want the presence to grow. But Ortego doesn’t expect much either. The round trips cost the office time and personnel, he said, and also strained the federal government’s relationship with the tribes.

“Any advantage that would have been conferred by having (the BLM) at Grand Junction is now lost,” he said. “(The move) was a potentially dangerous decision anyway. I don’t know what is best now.

Hiking in Maine: Preserving the exceptional views is part of the vision