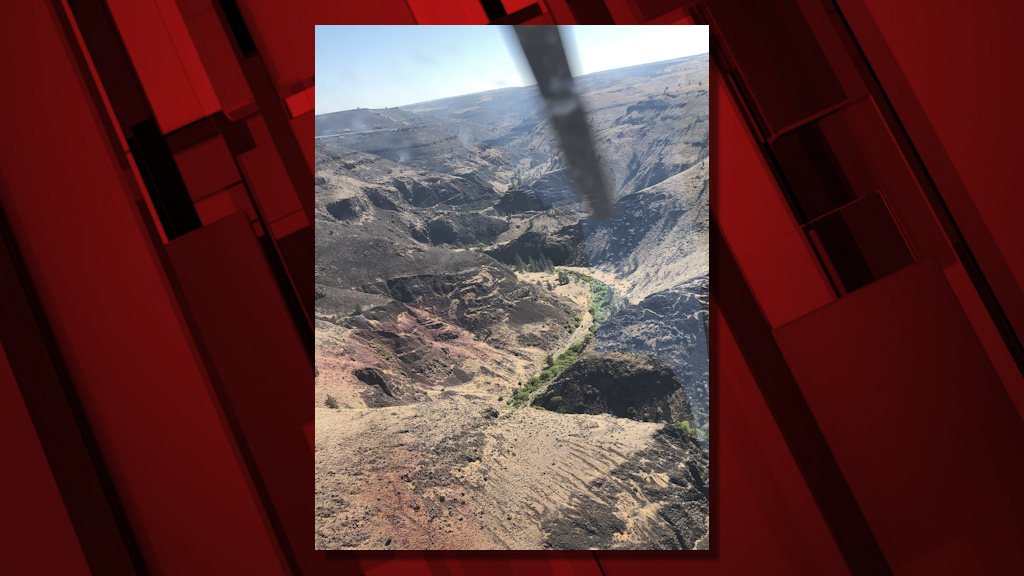 REDMOND, Ore. (KTVZ) – Firefighters in central Oregon have been busy over the holiday weekend, tackling new wildfires that continue to emerge following thunderstorms last week, while progress is being made on larger, multi-day old fires.

Here’s the 9 a.m. Sunday update from the Central Oregon Interagency Dispatch Center, along with a Sunday night update on the now 90% content Rattlesnake Fire, and an earlier update from the Forestry Department of the United States. ‘Oregon:

Crews responded to four new fires yesterday, the largest of which was the incident at 500 northeast of Big Summit Prairie near Barnhouse Campground in the Ochoco National Forest which took place over 1 acre. There was also a small but very visible fire called Farewell Springs which took place 0.36 acre near Cougar Butte near Skyliner Road in the Deschutes National Forest.

The largest fire in central Oregon remains the Wrentham Market Fire, currently estimated at 7,222 acres east of Dufur in Wasco County. It is now 91% contained. For more information on this fire, visit: https://inciweb.nwcg.gov/incident/7589/

The Rattlesnake Fire is estimated at 5,479 acres with 65% containment (Sunday night, now 90%), burning on land managed by the Prineville District BLM in the South Junction Campground area and the Warm Springs reserve. For more information on this fire, visit: https://inciweb.nwcg.gov/incident/7592/

Ryegrass fire is now 50% contained on 1,102 acres, burning east of the Maury Mountains and south of the Paulina Highway on BLM lands in the Prineville District. Crews will continue to clean today.

The Dry Creek fire (incident 449) remains and is now 50% contained. Crews continue to secure and clear the perimeter of the blaze burning south of the historic Rager Ranger station on the Prineville District BLM.

The Sulfur Spring Fire (Incident 447) by Maupin Butte east of the Maury Mountains on BLM lands in the Prineville District and south of the Paulina Highway is 81 acres and 50% contained. The crews continue to clean up today.

The Black Mountain Fire (Incident 475) is located in the Deep Creek area in the Ochoco National Forest, 6-7 miles east of Big Summit Prairie. Crews continue to hold and secure the 150 acre fire and it is now 40% contained.

The Bologna fire, which burns on private land and Prineville District Land Management Office land near Spray, is 75% under control. Today the fire will have a crew and an engine assigned to the fire. They will work to find hot spots around the perimeter and monitor the fire.

With hot, dry conditions returning over the holiday weekend, fire officials predict more fires will break out over the next two weeks. The public is reminded that we remain in EXTREME fire danger and that public use restrictions are in place on all public lands managed by the federal government.

For up-to-date information on the fires in central Oregon, visit www.centraloregonfire.org or www.twitter.com/CentralORFire.

Fire crews had a good day with the cleanup and made significant progress in the containment. With all the hard work they have done over the past few days, tomorrow the T3 team and many resources will be in transition. The blaze will be handled by local management, who will continue to staff and monitor the blaze with resources from Warm Springs and Prineville BLM.

Weather – Temperatures will be in the mid to high 90s, with westerly winds increasing throughout the weekend. It is very dry with poor RH recovery overnight. Fire officials predict more fires will break out over the next two weeks. The public is reminded that we remain in EXTREME fire danger and that public use restrictions are in place on all public lands managed by the federal government. Make sure vehicles are parked in safe places, campfires are only in designated areas, spark arresters are on chainsaws, chains on trailers are picked up and protected, and fireworks guidelines for 4e July are followed.

For up to date information on Rattlesnake Fire, visit:

[John Day, Ore.] No new fires were reported on land protected by the John Day Unit of the Oregon Department of Forestry (ODF) today. Unit firefighting efforts focused on the Dixie Creek Fire, located about three acres northwest of Prairie City, and the Lewis Rock Fire near Mitchell.

The Dixie Creek fire was reported on Saturday evening, burning wood, grass and brush on land protected by ODF and the Prairie City Rural Fire Department. The blaze quickly spread to around 570 acres before firefighters and planes managed to stop the advance. During the night the fire was bulldozed and wet where possible. Today, firefighters were able to achieve 25% containment, with no growth in the fire.

Tonight, bulldozers and top crews continue to work on the construction of the fire line, taking advantage of the reduced temperatures, moderate winds and increased humidity. ODF continues to work with the Wheeler County Sheriff to examine the risks to homes near the fire and the community of Mitchell. There is currently no need to implement evacuation advisories at this time. Watch the Wheeler County Sheriff’s Facebook page for changes, https://www.facebook.com/WheelerCountySheriffsOffice.

Today, firefighters continued to make progress in securing the Bologna blaze, burning on private land and the Prineville District Land Management Office near Spray. Containment has improved to 85%. A crew and engine will continue cleanup work to secure the fire on Monday.

The regulated use closure is in effect for the Central District of Oregon. Fireworks and campfires (including cooking fires) are not permitted within district boundaries. For more information on ODF’s Central Oregon District, including contact details and unit offices, please visit www.ODFcentraloregon.com.