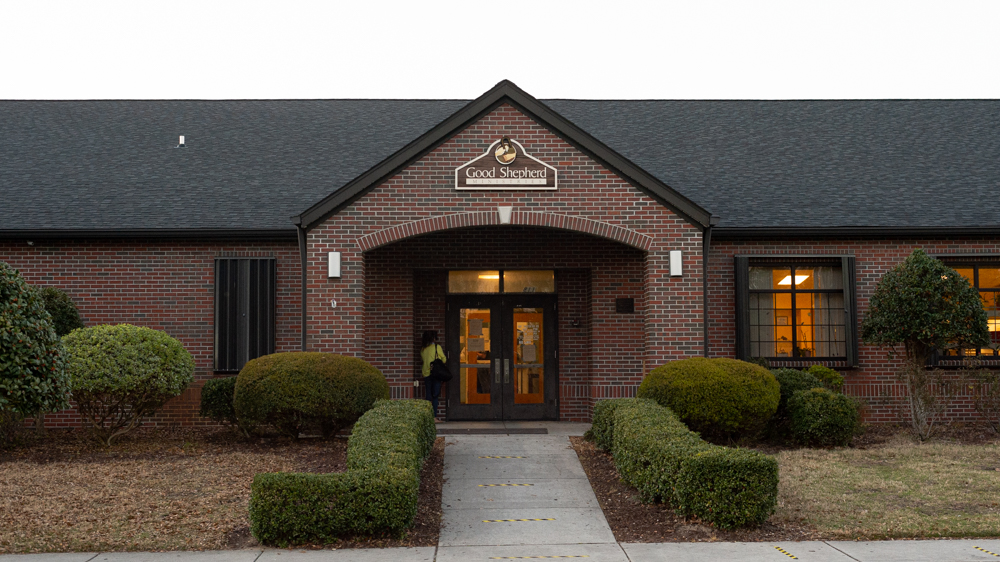 WILMINGTON — If all goes according to plan, a former fire station site will house nearly three dozen homeless people as part of a new initiative between the city and the Good Shepherd Center.

Wilmington Fire Station 6 could become a place for chronically homeless adults with disabilities, including seniors and veterans. The city council hopes to vote on donating the property by September.

WFD left the building at 3939 Carolina Beach Rd. in 2019 when it consolidated services from Stations 5 and 6 into a new fire hall on Shipyard Boulevard.

A city spokesperson confirmed that Good Shepherd will be responsible for raising and providing the necessary funds for the redevelopment process. The city distributes annual funding to the nonprofit through its competitive grant and community development funding process. In both fiscal years 2021 and 2022, Good Shepherd received $4,240 each year, with a significant increase to $24,000 for fiscal year 2023.

The city explained that it funds programs, not organizations, and Good Shepherd submitted an application for a new program this year, which explains the increased allocation.

Knight said it would take a mix of public and private funding sources to get the project off the ground.

Good Shepherd is one of the region’s largest homeless service providers. Its campus at 811 Martin Street provides 24/7 homeless services, offers free meals through its soup kitchen, and operates a medical clinic. Over the course of a year, more than 150 homeless women, men and families move from shelter to community housing; nearly 2,000 unduplicated people use Good Shepherd food resources and about 600 benefit from the refuge.

The organization has previously worked with the city on a similar project, State Employees Credit Union Lakeside Reserve, which offers 40 supportive housing units.

SECU funded $1 million of the $5 million affordable housing complex, which took shape in 2016. The rest was raised through private and public grants and contributions. The shelter is a former Adrian B. Rhodes Armed Forces Reserve Center that was demolished in 2014. It is located at 2144 W. Lake Shore Drive, behind Legion Stadium.

Case managers and services, including transportation, counseling and job training, are also on site. Knight confirmed that this new initiative would be modeled after the Lakeside Reserve, providing full-time support to “keep the wheels off the ground.”

“It’s the best housing intervention practice to end homelessness for your most chronically homeless people who also have special needs,” she said, using examples of issues. serious health conditions, mental health problems or a combination of both.

Tenants are charged 30% of their income, biased to zero. That means for those who don’t currently have an income, it doesn’t prevent them from getting housing, Knight confirmed.

“It’s no surprise that we’ve found that having a reliable roof over your head and a place to call your own results in people’s physical and mental health,” Knight said. “And ER and hospital use is dropping 75% overall, and 100% for some.”

Before the former WFD site can be converted, the Wilmington Planning Commission will consider August 3 a rezoning of the property from a residential neighborhood to a high-density multi-unit neighborhood. If approved, the decision will go to City Council – which will vote to donate an acre of land to Good Shepherd for redevelopment – ​​in two months.

The city will then bid for the demolition of the existing structures before the nonprofit can build 33 affordable housing units. The initiative will also include intensive case management services for those in need.

“It’s for those who need not just a light touch but more attention,” Knight said. “It’s about making sure they get the connections they need in the community, developing the life skills to remember what it’s like to be a successful neighbor again.

Finding affordable housing for residents has been a priority for the city for the past two decades. The city has invested over $52 million in more than 1,300 units created.

“Housing affordability is of paramount importance and we strive to make it a reality for people from all walks of life,” Mayor Bill Saffo said in a press release. “By leveraging the city’s existing resources, we aim to build on the success of our partnership with the Good Shepherd Center so that more people have access to safe shelter and vital services. Strong community partnerships and innovative approaches help Wilmington lead the way in this vital work. »

Want to know more about PCD? Subscribe now, then sign up for our morning newsletter, Wilmington Wire, and get the headlines delivered to your inbox every morning.

Charts of the Day: Impacts of Land Use on Light Rail Station Ridership in the Age of the Pandemic