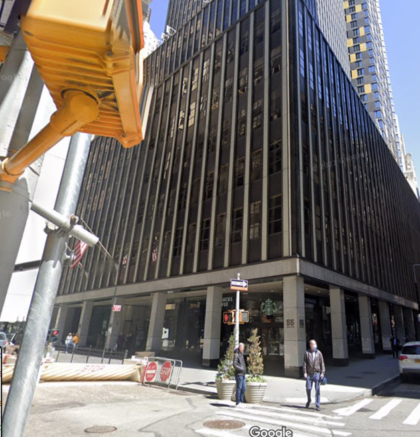 In the news: 55 Broad will convert to residential

55 BROAD CONVERTS TO RESIDENTIAL
The Journal reports that 55 Broad will be converted to residential: “Silverstein Properties and Metro Loft have agreed to pay $180 million for the 30-story building that opened in 1967 and has housed many technology and service tenants. finance over the decades. The new owners plan to turn it into 571 apartments at market prices, ranging from studios to three bedrooms, over the next three to four years.

LOCAL LAW 97 IS CHALLENGED
The owner of 9-11 Maiden Lane and several other co-ops sued the city to block Local Law 97, which requires buildings to update greenhouse gas emissions standards. De Crain’s: “The legal challenge calls the law ‘ill-conceived and unconstitutional,’ challenging the annual fines imposed on buildings that fail to meet the caps: $268 per metric ton over the limits. The caps are draconian, the suit says, because they could weigh down some buildings even if owners take steps to comply.

THE HISTORY OF THE FIRST SUBWAY – ON WARREN
Untapped New York has a story of the city’s first attempts to build a subway system in 1870, and it was here: “The subway, called Beach Pneumatic Transit, lasted from 1870 to 1873 and was a single block , single-track, single-car line below Broadway from Murray Street to Warren Street in Tribeca.

LUNCH IN NEW YORK HARBOR
Gothamist reports that bottlenose dolphins have become more common in New York Harbor, swimming between New York and New Jersey to feed and socialize. “The annual return of these aquatic mammals to the city’s harbor could mean improvements in coastal water quality and bring a renewed commitment to protecting local wildlife, even in urban areas.”