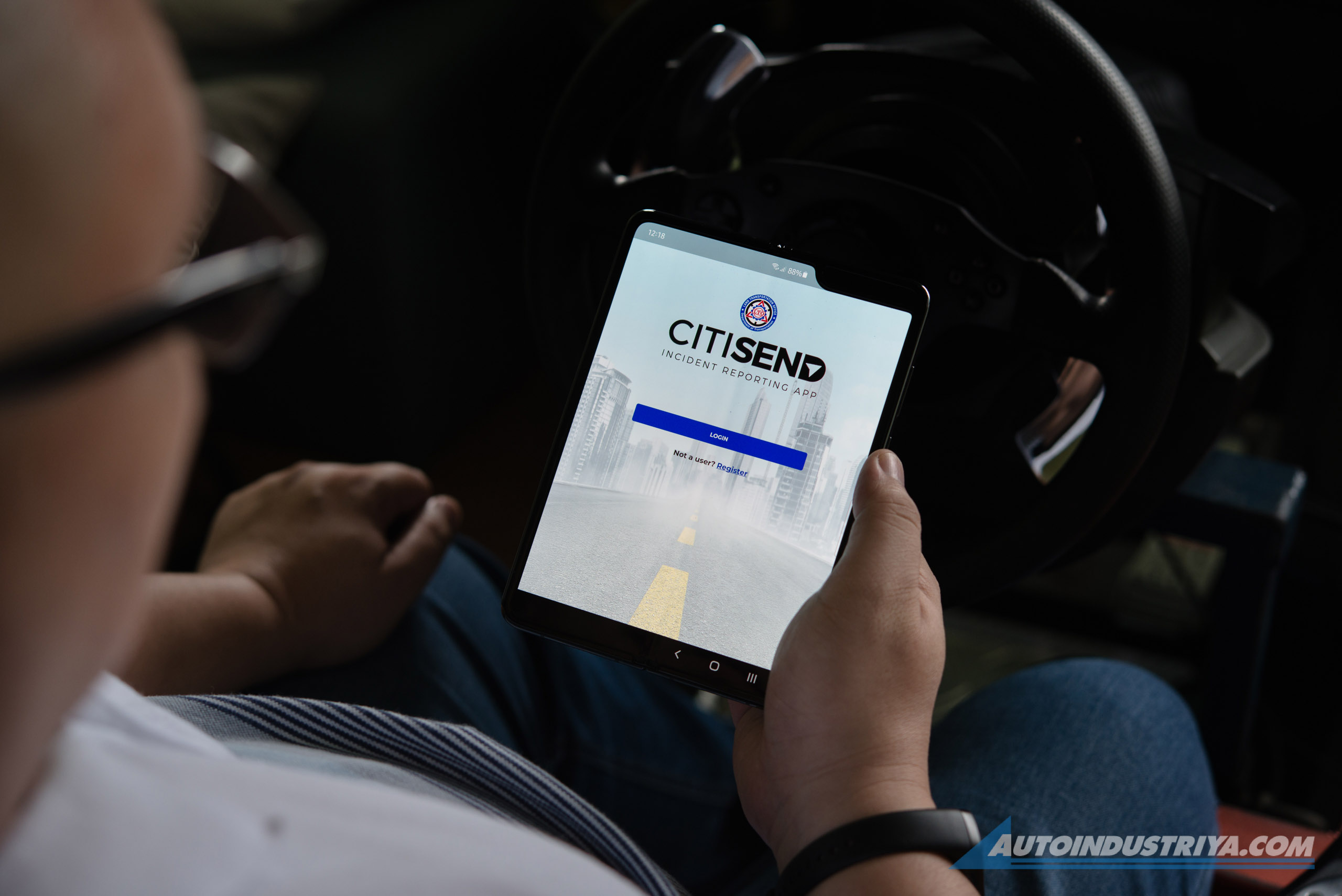 CitiSend: LTO test app for you to report violations and incidents

Everyone is frustrated on the road, and you can tell by the reactions on social media.

Many treat social media like a complaints committee, but it’s not really a good practice because unless an incident is so outrageous that it goes viral, authorities won’t act on it. There is a process, admittedly obsolete: a hotline number or an e-mail address. The problem is, the hotline days are long gone; no one really bother to call a helpline to complain or file a report. Apps are the new normal.

And that brings us to the novelty of the Land Transportation Bureau. No, this is not PMVIC or a new child seat law enforcement rule. Instead, the new “Central Command Center” (C3) reporting system is currently in “pilot testing”.

Reporting can be done through an application called CitiSend, or the trusted 1-342-586 hotline, which is linked to the mobile incident reporting and management system set up by the LTO. It allows users – motorists, commuters or the general public – to report incidents or infractions they notice on the road.

The Android version of the app is available on the Google Play Store, and the registration process is fairly straightforward and comprehensive with the SOP of an OTP sent by SMS. Once registered, the app will take you to a dashboard with quick access buttons that can allow you to report 4 common incidents. On my screen it was Carnapping (we’re not using Grand Auto Theft or Car Hijacking here), Hit-and-Run, Medical Emergency, or Reckless Driving.

When you tap the dialog above these four markers, other types of incidents appear in a menu, namely:

MV running on the road using a fake license plate

MV operating on the road using a falsified license plate

MV running on the road without license plate

Use of a false license plate in a crime

Use of a stolen license plate

Some incidents are interesting, although the list is more like a checklist of ticket infractions. There seem to be a lot of plate issues where citizens can report things like seeing their plates on another car or forged plates (eg repainted). There are incidents of crimes like driving in tandem (presumably armed) which would be rather dangerous.

There are also options to report a medical emergency, vehicle fire, or even use an emergency tracking feature. There are even options for reporting coding and reckless driving violations.

What we love is that citizens can also upload a photo of the incident or even email it from the app. Remember to get the registration number of the vehicle you are reporting for and the location of the incident.

Putting this coordination in place is likely to prove to be a major challenge, although there appears to be real initiative behind the application. The concern, however, would be the potential for misuse or abuse of the app by authorities and motorists.

Once fully operational, CitiSend could have the potential to declutter social media with complaints. After all, it’s not Zuckerberg’s job to file and act on complaints from motorists on the road.