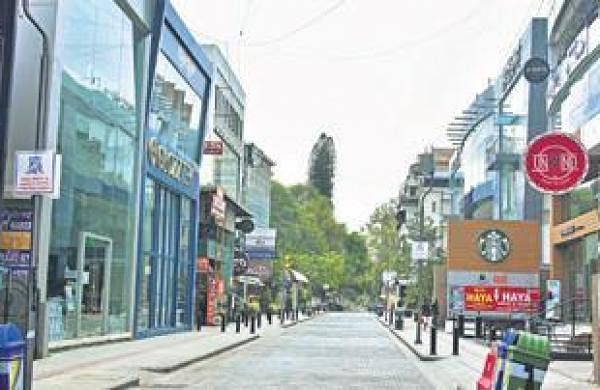 BENGALURU: After receiving many positive reviews about the Church Street pedestrianization project, the Department of Urban and Land Transport (DULT) is now working on replicating a similar project on three other roads and is conducting a Clean Air Street test on four other roads in the city.

DULT on Friday published the Clean Air Street Testbed initiative as well as â€œthe assessment of the first impact on the street of the church of the pedestrianization of an urban street in terms of quality of lifeâ€, prepared by the Indian Institute of Science (llSc). Another report entitled “Church Street First-Clean Air Street Testbed Report”, prepared by Urbanmorph, was also launched.

V Manjula, Commissioner of DULT, on the sidelines of the publication of the report, told TNIE that the department has recently launched a research and innovation policy within the framework of which it was decided to set up benches of similar test in four other streets. The list is not yet finalized, however. Pedestrian street works similar to Church Street are underway at Malleswaram 8th Cross, Jayanagar 10th Main and Gandhi Bazaar.

A test bench is a concept where many startups come up with different technologies, ideas or projects, and wait for feedback before implementing or bringing them to market. Ashish Verma, associate professor, Transportation Systems Engineering, Department of Civil Engineering, IISc, said the study report not only shows scientific assessments, but it also highlights quality of life.

The report shows a clear improvement in air quality during â€œpedestrian weekendsâ€, in terms of PM10 and PM2.5 concentrations. Assessing pedestrian traffic, from November 2020 to February 2021, the average daily traffic on Church Street increased by 92%. and average peak attendance increased 117 percent.

We believe that China Resources Land (HKG: 1109) is taking risks with its debt