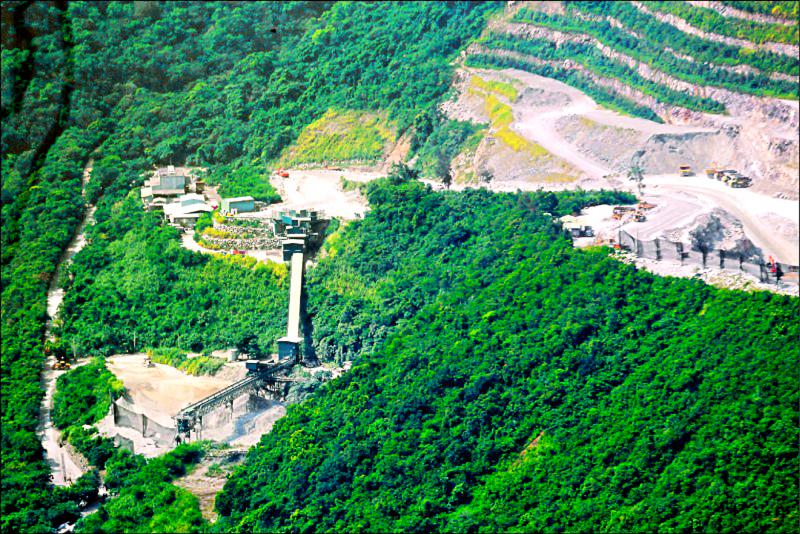 The Executive Yuan on Thursday passed draft amendments to the Mining Law (礦業法) to strengthen legislative protection for the environment and indigenous land rights.

Mines prior to January 2008 must undergo environmental impact assessments, and failure to comply or complete the process would result in penalties up to and including the loss of mining permits, Yuan executive officials said. at a press conference following the weekly Cabinet meeting.

This means that old mines would be brought into compliance with the Environmental Impact Assessment Act (環境影響評估法) if the amendments are passed, officials said.

Mine owners would be required to submit studies for mines they operate that are subject to the new rules, they said.

Additionally, each mine operator would be required to prepare an environmental mitigation plan and a decommissioning plan, they said.

Indigenous peoples would have the right to extract mineral resources from recognized indigenous lands without mining permits, they said.

No new mining operations can be launched on or near indigenous lands without the consent of the local indigenous community, they said, adding that ongoing operations must cease if the community refuses their consent.

Miners who do not seek consent would completely lose the license to mine that area, they said.

The Indigenous Peoples Basic Law (原住民族基本法) would set out the process for minors to seek consent, officials said.

The public would be able to fully monitor the permitting process through a digital platform, which would incorporate mechanisms for local residents to participate, they said.

The changes would allow authorities to limit the amount of materials that can be extracted by an operation, while mine sites would be required to create guidelines developed by certified environmental engineers, they said.

Proposed changes to the Mining Act include tougher penalties for violations of environmental rules and require a share of mining royalties to be distributed to local residents affected by mining operations, they said.

The Executive Yuan must send draft amendments to the Legislative Yuan for consideration.

Comments will be moderated. Keep comments relevant to the article. Remarks containing abusive and obscene language, personal attacks of any kind or promotion will be removed and the user banned. The final decision will be at the discretion of The Taipei Times.