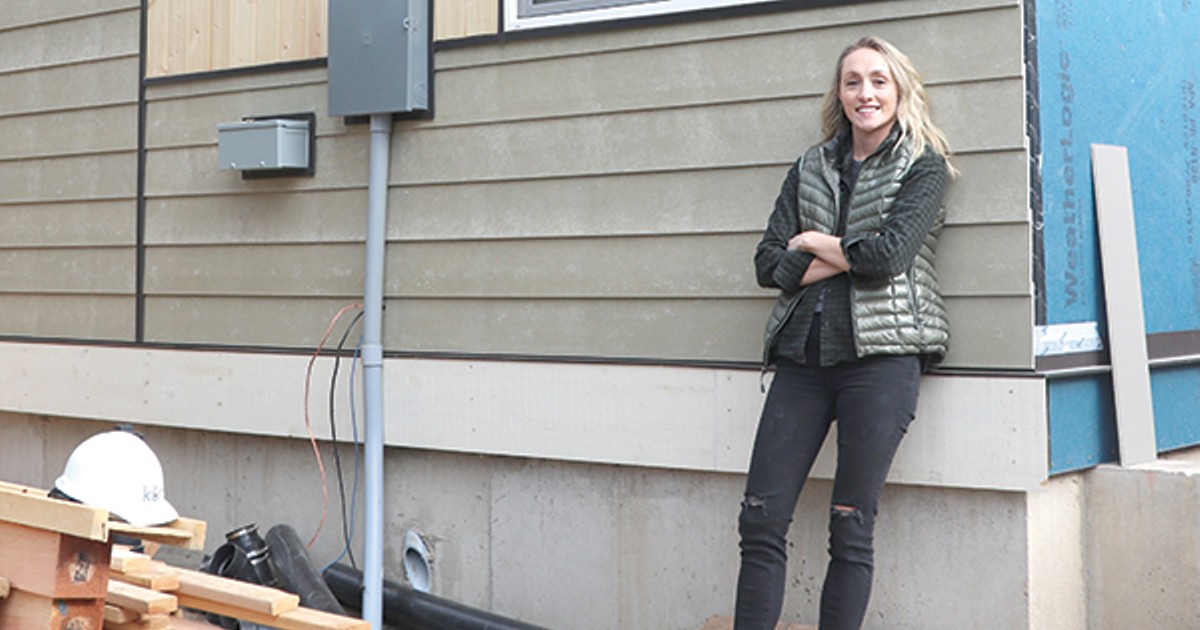 AAs the snow begins to fly and the wind picks up in its November gust, there’s still plenty going on at the construction site near 8th Street and Bennington Lane in Bend. Roofs and windows are already installed. The coating is almost complete. Inside, some units are already covered in wall panels – a sure sign that the project is coming to an end, with five new owners soon to move in, finally realizing the most basic of American dreams.

In the case of Crescita, the new five-unit cottage cluster developed by Kôr Community Land Trust, the American Dream features a net-zero energy home with an upstairs bedroom, two bathrooms and another flexible office/ small room on the ground floor. , all for a fraction of the cost of a typical new Bend home. By leveraging community donations and the community land trust model – where the house belongs to the owner, but the land remains in the hands of the trust – people for whom home ownership was out of reach will soon appropriate these places.

“These buyers have been selected – the majority of them are local workers,” said Jackie Keogh, executive director of Kôr. Among the new owners in Crescita are a public sector employee and a member of the local media, all earning somewhere between 60 and 120% of the region’s median income, or about $67,973 in turnsaccording to the latest US Census data.

With the other projects underway, Keogh said the focus will be on homes that can accommodate larger families or those who want to live in multi-generational homes.

“We have seven homes being built in Southeast Bend – they will all have three bedrooms and net zero. We will select owners for those in mid-2023, and they will move in by the end of the year. year,” Keogh said. “Kôr’s goal is not just to build for the community, but with the community, and what that really means is resident-centric design.”

Meanwhile, Kôr is working on the largest affordable homeownership community ever created for the city of Bend, on Simpson Avenue on the west side of Bend.

The west-side location is a priority for Kôr, which values ​​geographic diversity and the ability for homeowners to have the same access to quality schools, walkable town centers and other attractive amenities as any another owner would be looking for, Keogh said.

“It’s a really new idea in the sense that when people go to buy a house, they usually travel because they have to get away from the city center, and with that travel, longer journeys to get to at work, changes in child care, change in school districts. Our idea is that this does not happen, which is why the Simpson site is so important to us, “said Keogh. “Kôr goes there build 37 affordable two- and three-bedroom single-family homes, alongside Housing Works’ 59 Section 8 units, with the idea that we will give preference to Section 8 customers who are able to access homeownership – by opening essentially rental housing and also helping a local resident with Section 8 move up what we call the Affordable Housing Continuum. »

With Source Weekly’s Central Oregon Gives launching this week, donations made to Kôr between November 9 and December 31 will go toward building a Kôr home, with all donations to be matched by a local family to raise a total of at least $50,000. That $50,000 is something of a “magic number,” representing the gap between the cost to build each house and what the local workforce can currently afford. So in that sense, Kôr’s efforts are literally about “building community” in, for, and with Bend.