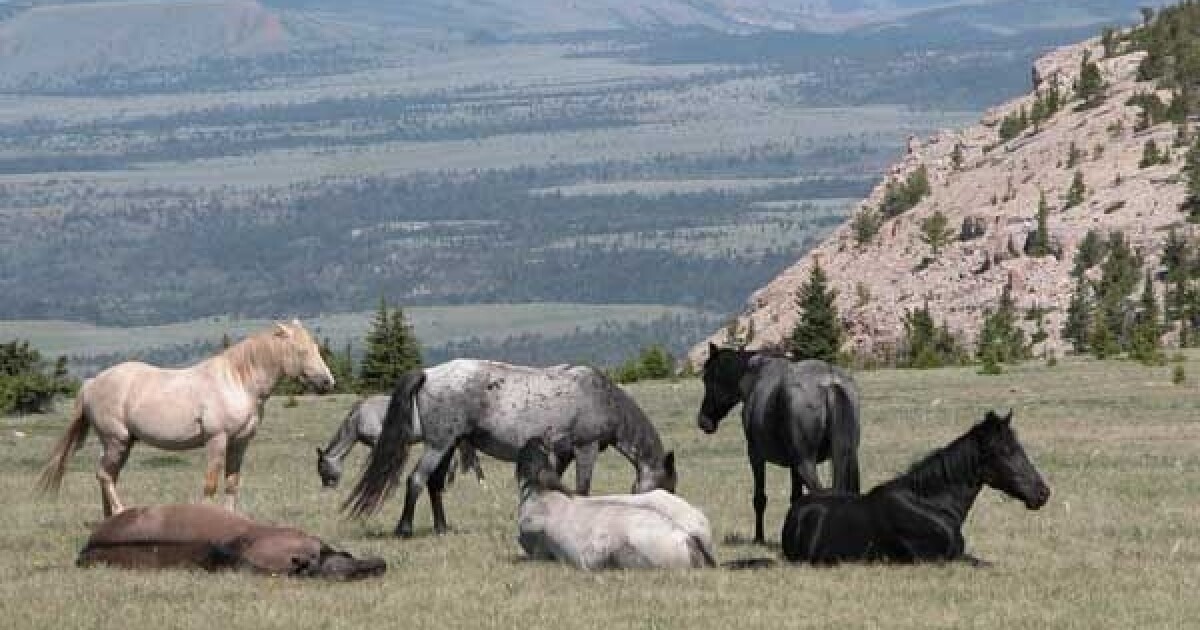 The Bureau of Land Management (BLM) is wrapping up its wild horse adoption events in the coming weeks. It’s almost a year later one of the biggest roundups in the history of the state.

The BLM held 32 wild horse adoption events in Wyoming since late April. At the Cheyenne Frontier Days adoption event, 15 horses and burros were available and all were adopted, according to Azure Hall, the Wyoming BLM public affairs specialist.

Hall said the goal is to find homes for all the animals, but owning them takes work.

“The amount of training they need is definitely something people need to consider,” she said. “You’re not just buying decoration for a farm, because they’re originally wild animals.”

The BLM rounded up more than 4,000 wild horses last winter in southwest Wyoming, making it one of their biggest roundups yet. However, Hall said that didn’t affect the number of adoption events this year.

“Most of the facilities we work with that adopt our BLM horses already have their schedule set for the year, regardless of roundups,” Hall said.

The final three adoption events will take place at the Mantle Ranch in Wheatland on September 17 and at the Wheatland Off Range Corral on October 7 and 21. In addition, horses are available for adoption. on line. Hall added that feral horses are usually offered for adoption three times before they go permanently to long-term facilities or eco-sanctuaries.

Hall said there will likely be another wild horse roundup before the end of the year.