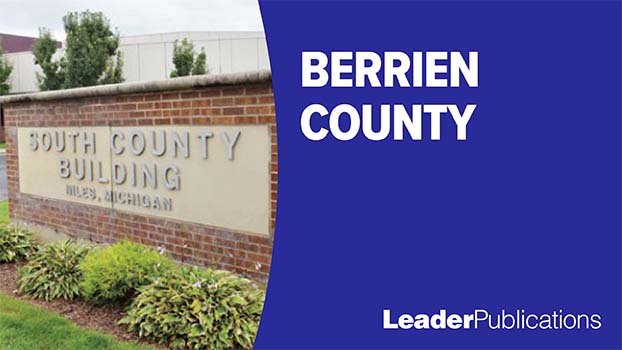 Berrien County Administrator Brian Dissette thanked members of the administration committee as well as county staff for working on the new policy.

“It’s something we’ve been talking about for months,” he said. “It was tough and I want to thank you for crossing the finish line.”

“The board will be receiving an update from Berrien County Trail Friends in the coming weeks,” he added. “Having these goal posts in place is critical to how future trails will be developed in the county.”

The new policy recognizes that recent planning efforts have focused on the development of new trails, water trails and greenways in the county. Efforts mentioned include plans to develop a Berrien County Linear Trail connecting the county’s seven current parks with safe non-motorized pedestrian and bicycle paths.

The policy also notes that Michigan Department of Transportation grant funding requires the county to spend 10 percent of its County Highways Department budget on trails over a 10-year period.

The policy states that while trail establishment is primarily the responsibility of local governments, work on public rights-of-way is the responsibility of the Berrien County Roads Department and will be governed by new rules when the county is asked to contribute to the funding and approving permits. and other aids.

The county will consider a number of factors in determining the county’s involvement in projects such as pavement surface assessment, safety and mobility, current and future road needs, drainage, public services and environmental constraints.

Perhaps most importantly, any agreement between county and local governments on trail projects will need to include how the trail will be paid for initially as well as in the future. Agreements should outline trail maintenance plans and who will pay for it.

A trail project got the green light at Thursday’s meeting, the Lakeview Trail in the Twin Cities area near the Whirlpool campus. The non-motorized trail will run along M-63 between Higman Park Road and Monte Road. Funding for trail development and future maintenance will come from public and private sources.

Thursday’s action was to apply for a grant from the Michigan Department of Transportation’s “Alternatives to Transportation Program” to help fund the project. The project is expected to cost $2.3 million, with the TAP grant providing $1.4 million and other grants making up the difference.

In other news Thursday, Dissette reported that there had been a minor hiccup in plans to move county emergency operations and 9-1-1 centers to the former AEP building in Buchanan. The county purchased the property this summer to house these centers, a new communications tower, and possibly even space for the town of Buchanan’s offices.

Dissette said it has been discovered that a small portion of the acreage purchased from AEP is actually located in Buchanan Township and that recent attempts to annex the town to this land have proven unsuccessful, officials from the Buchanan Township having canceled the agreement.