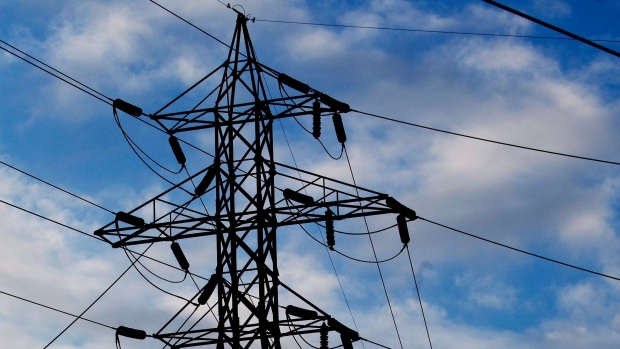 Beginning of a legal battle over the Hydro-Quebec line in Maine, with partially cleared land

MONTREAL – The legal battle began immediately after Tuesday’s referendum in Maine over a $ 10 billion Hydro-Quebec power line across the state.

This is not an abstract battle of paperwork, as the transmission line is already under construction, and has been for almost a year.

The referendum results fell around midnight on Tuesday. The Maine Electricity Company, which is responsible for building the power line, filed a lawsuit in Maine Superior Court on Wednesday, arguing that it is unconstitutional to allow the referendum to decide the future of the project. .

“This initiative represents an extraordinary attempt to deprive a private party of the rights acquired in the construction and operation of a multi-year development project,” they said in the legal complaint.

The company applied for a preliminary injunction allowing them to continue building.

Tuesday’s results dealt a blow to Hydro-Quebec, which is said to derive $ 10 billion from the project. The transmission line would carry electricity to Massachusetts, passing through Maine to get there.

The company has obtained the regulatory approvals necessary for its construction, although non-governmental groups have collected enough signatures to force a referendum on its future.

The electricity giant and Quebec Premier FranÃ§ois Legault both pledged to fight the outcome on Wednesday, although Legault suggested the answer may not be in a legal fight but in a “plan B” or a different path.

But a lot of construction has already been done in Maine, argued Avangrid, the company that owns Central Maine Power. They build the line, called NECEC, as a project-specific entity that bears its name.

Construction began in January 2021, they said.

â€œTo date, NECEC LLC has spent approximately $ 449.8 million on the project, and substantial physical construction has taken place,â€ they wrote in the court file.

This includes about 124 miles of corridor that has been “cut,” they said.

â€œOver 120 structures have been erected alongâ€ different segments of the line, and â€œover three miles of conductorsâ€ have already been strung.

They have also started to prepare the site and build a converter station.

On Thursday, an environmental group in Maine asked the state’s environmental department for its own stay, which would stop construction.

“Despite … the unequivocal repudiation of the NECEC project by the people of Maine, Thorn Dickinson, president of NECEC Transmission, vowed that [the power company] will continue to build the forbidden corridor, â€wrote the Natural Resources Council of Maine.

The group argued that the only harm the power companies would suffer, if the stay were granted, was “monetary”, while for residents, environmental changes cannot be reversed.

“An immediate suspension is needed to protect the public from the irreparable damage that will result from the continued clearing and construction of the CMP,” they wrote.

A similar request was already underway, with the environment department facing an older request to halt the project, in light of a court ruling finding it was not allowed to cross areas. of public land, according to Maine media.

Thursday evening, a spokesperson for Hydro-Quebec told CTV that he did not yet have a comment on today’s stay request since he has not yet seen it.

Some Great Stories Can Be True | Multimedia