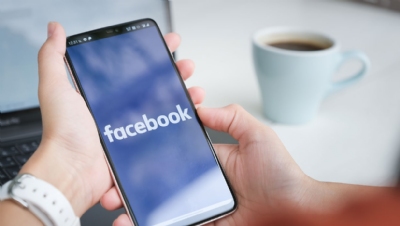 In addition to calling on social media CEOs, the letter urges the UN to play its part and develop a common international definition of climate disinformation.

The call to action goes through an open letter aimed at the UN, as well as leaders of social media networks including Facebook, Instagram, Twitter and Reddit. Over 250 organizations and individuals signed the letter ahead of its launch today (November 9).

According to the letter, while there are “really encouraging signs” that some platforms are improving their approach to preventing and eliminating climate misinformation, like Google and Youtube, it remains a “threat” that could “detail key conferences.”

For the UN, the letter calls for a universal definition of climate disinformation to be worked out, in order to help develop meaningful international initiatives to tackle the problem. Opportunities for this definition have been missed, he says, in the original framework of the Paris Agreement and in recent reports of the Intergovernmental Panel on Climate Change (IPCC).

The letter states: â€œCOP26 is the perfect time to give policymakers momentum to recognize the threat of climate disinformation and, through global cooperation, oppose it. “

A definition of climate disinformation and disinformation is proposed, covering statements that â€œundermineâ€ the existence or impacts of climate change and â€œunequivocalâ€ human influence; distort scientific data in order to erode trust in climate science, and / or greenwash.

For social media companies, the letter urges business leaders to replicate the “robust policies” on disinformation related to Covid-19, developed over the past 18 months, for the climate. Policies should be based on a zero tolerance approach, covering advertisements and non-monetized posts, the letter said. Companies also need to be transparent about their fact-checking process and internal research into past cases of the spread of climate misinformation.

The companies signing the open letter are SSE, Sky, Virgin Media O2, British Gas, Ben & Jerry’s, Ecotricity, Toast Ale and Havas Media. Individual signatories include the architect of the Paris Agreement and CEO of the European Climate Foundation Laurence Tubiana, WWF’s Global Head of Climate and Energy Manuel Pulgar-Vidal and Founder-Director of the Forum for the Future Sir Jonathon Porritt.

There are also a multitude of over 100 supporting organizations, including the National Student Union, Global Witness, the World Land Trust, WWF International and Friends of the Earth.

The open letter comes a week later a study Social media posts referring to articles based on climate denial, conducted by the Center for Countering Digital Hate (CCDH), found that ten sites based in the United States, Korea and Russia were responsible for 70% of all links shared.

Of the posts from these reviewed sites, 92% were not labeled by Facebook as potential sources of disinformation.

CCDH Director General Imran Ahmed said “Ten Toxics” misinformation “is designed to undermine our confidence in the science which clearly shows time and time again that action to deal with man-made climate change is needed. necessary”.

Stay up to date with the latest news from COP26 with the edie live blog.

How Bezos’ latest plan to protect forests could backfire