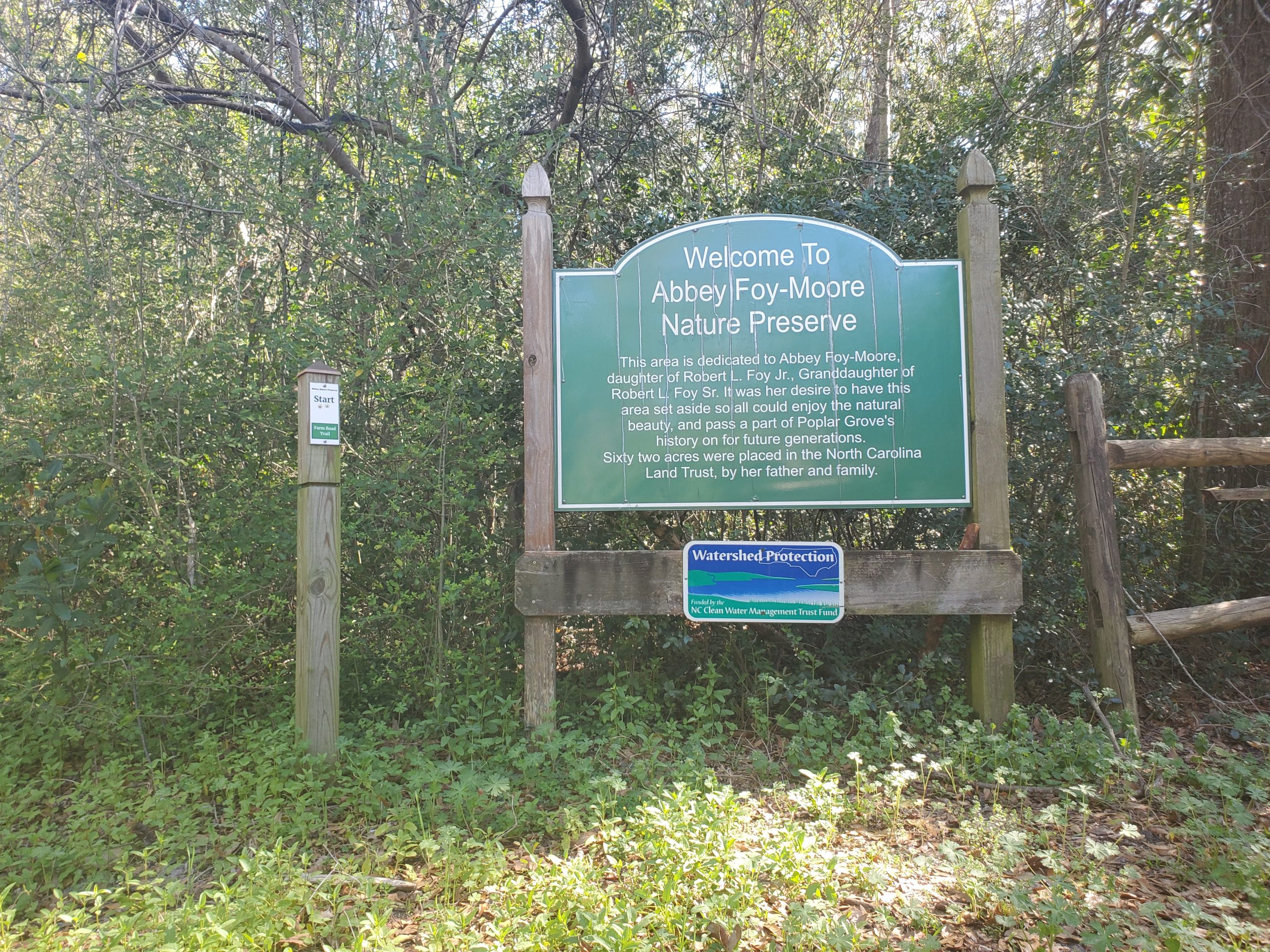 PENDER COUNTY – Land steeped in history, dating back to the 1700s, and connected to busy hiking trails and a nature reserve has been sold to a leading builder. Pender County stepped in to help protect parts of the property that the public has enjoyed for nearly a decade.

The land, located on Scotts Hill Loop Road, was recently sold to Mungo Homes, purchased from the Foy family. Well known in the region as the founders of Pender County, the Foys settled over three centuries ago. They were the original owners and operators of Poplar Grove Plantation, located right next to the 242 acres purchased by Mungo Homes.

Listed by The Property Shop International Realty for $16 million, the acreage had been on the market for more than a year, with the sale pending for at least the past six months.

Issued as an agenda item of the Pender County Board of Commissioners, a rental agreement will be considered between the county and the builder, a faction of Clayton Properties Group Inc.

“The purchaser of the property has approached Pender County to ask the county to take over the maintenance and operation of the Abbey Nature Preserve,” the agenda item reads.

Henley said the county has been working on this arrangement with Mungo Homes “for some time,” but would not say for how long.

Mungo Homes is a Tennessee company that builds homes in the South, including North Carolina, South Carolina, Georgia, and Virginia. The company is already known locally for neighborhoods such as Scotts Hill Village, Songbird Landing in Hampstead, Parsons Mill Farm in Castle Hayne and others in Wilmington and Leland.

His newly purchased land includes 60 acres of Abbey Nature Reserve, a popular recreation area with 2 miles of trails leading to private property and adjoining Poplar Grove. Mungo Homes asked Pender County to maintain and operate the preserve for just $5 a year on a short-term basis to ensure it remains open to the public. The long-term goal is for the county to officially own and establish the area as a county-designated park.

Located just across the New Hanover County line, the land was first purchased by James Foy Jr., son of American Revolutionary Captain James Foy Sr., in 1795. Owning the Originally over 1,900 acres, the Foy family sold pieces on over the years, including Poplar Grove, a National Historic Register landmark, now owned by Carolina Lewis.

Lewis – whose stepmother bought the land in the 70s – said she started hearing rumors two years ago that the neighboring property might be sold.

“Then last spring there was a hubbub on the Scotts Hill neighbor’s Facebook page,” she said. “Rumors were that the trails were going to be sold.”

When a real estate listing finally appeared, Lewis contacted the North Carolina Coastal Land Trust, knowing that at least part of the area needed to be preserved.

“We were all waiting for organizations to campaign to save the earth,” she said, “but the crickets.”

In 2007, the Foys partnered with the North Carolina Coastal Land Trust to preserve part of its 242 acres. With funding from the Clean Water Management Trust Fund, the Coastal Land Trust purchased a conservation agreement on 31 acres of the property. At the same time, the Foy Limited Partnership (now known as Foxneck LLC) donated an additional 31 acres, bringing the total protected land to 62 acres.

Later that year the Foy family designed and built the network of trails, part leading into the Abbey Nature Reserve, to open it to the public. Since it wasn’t all included in conservation easements, it wasn’t protected from future development, said Jesica Blake, director of community stewardship and conservation at the Coastal Land Trust.

“Parts of the preserve already border existing development and also border new development once built, but public access will remain,” Henley confirmed, noting that the county will also manage the trail system.

According to the property listing, the land includes 180 acres of “unrestricted use.”

Although no development plan has yet been officially submitted to the county, Planning Director Travis Henley said that under the current zoning of the land, the property could be developed into single-family homes and duplexes.

“Development could not include townhouses, multi-family or non-residential uses without Board of Commissioners approval through a special use permit or rezoning,” he added.

The commissioners will review the rental agreement at their regular board meeting on Monday, July 1.

Want to know more about PCD? Subscribe now, then sign up for our morning newsletter, Wilmington Wire, and get the headlines delivered to your inbox every morning.